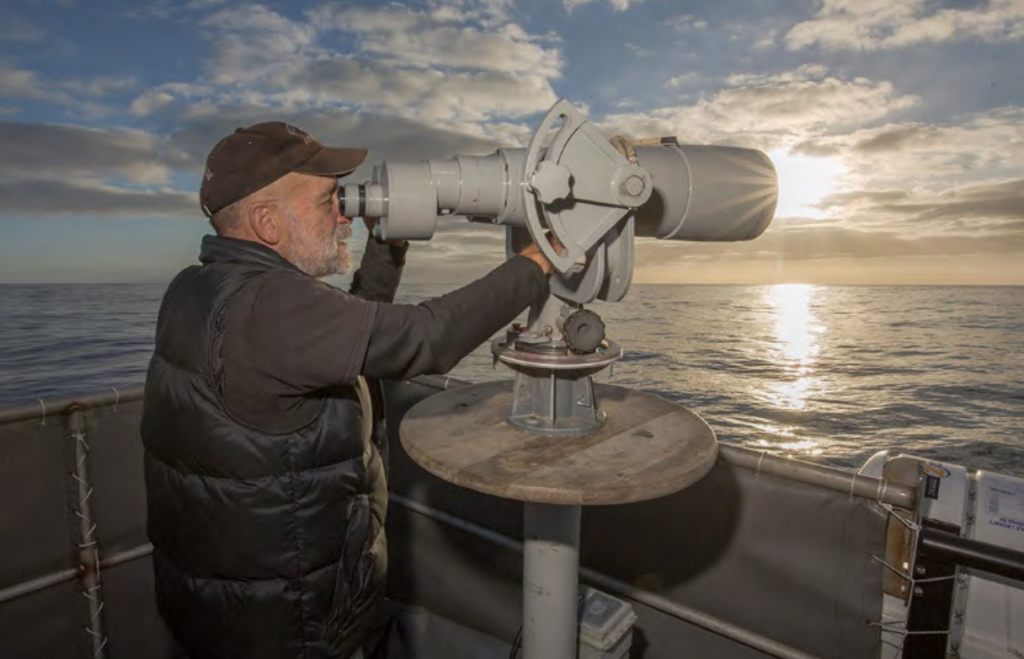 From 1976-2019, Bob worked as a marine ecologist for NOAA’s National Marine Fisheries Service in La Jolla, California. He participated in over 150 scientific research cruises in all the oceans of the world, including more than 30 trips to Antarctica. He has published some 150 papers in the peer-reviewed literature and co-authored 5 books, including two editions of a Guide to Marine Mammals of the World. In addition to scientific articles, Bob writes for popular media and is a regular contributor to Natural History Magazine. His research has focused on diverse topics: flyingfish systematics, feeding ecology of tropical seabirds, sea turtle distribution and abundance, but his primary focus has been whales and dolphins, their distribution, ecology, and conservation. He is a world expert on beaked whales, was a member of the expedition that chronicled the extinction of the Yangtze River Dolphin, and has continued to be closely involved in efforts to prevent extinction of the vaquita, now the most critically endangered marine mammal on the planet.

In recent years, Bob’s main research interest has been the ecology of killer whales. Since 2003 he has led efforts to describe five different ‘ecotypes’ of killer whales from the Southern Ocean, each with their own unique color patterning and different food and foraging habits. Recent genetics analyses suggest that these might, in fact, be separate species, and Bob is involved in ongoing research on how these various killer whale forms manage to co-exist, and how their feeding impacts populations of their prey species.

Currently, Bob lives in Newport, Oregon, and is an affiliate of the Marine Mammal Institute at Oregon State University; his wife and colleague, Lisa Ballance, is Director of the Institute.