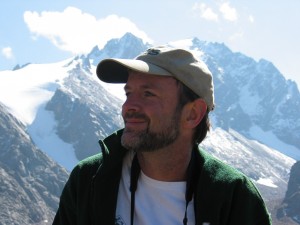 Peter joined Woodland Park Zoo as Vice President of Conservation Initiatives in 2018, after more than 35 years of wildlife conservation field experience, from Alaska to Tajikistan and from Venezuela to Peru.

Before coming to Seattle, he served as the Asia Regional Director for the Wildlife Conservation Society (WCS), a non-profit based out of the Bronx Zoo in New York. He designed and implemented three full-sized country programs in Pakistan, Mongolia and Afghanistan. which are considered cutting-edge examples of community-based conservation initiatives that work with local people, governments, and businesses to achieve lasting conservation impacts. Peter also helped create the WCS Arctic Beringia
Program, and supervised conservation programs and projects in Papua New Guinea, Fiji, the Russian Far East, four out of five of the Central Asian states, Iran, and China, including Tibet.

Wildlife that Peter work has helped protect include the Amur tiger, Asiatic cheetah, snow leopard, Marco Polo sheep, Mongolian gazelle, and Tibetan antelope. His work has led to the formal protection of over 20,000 square kilometers of wild lands, from community managed conservancies to new national parks.

Peter also served as Coordinator for the WCS Snow Leopard Program and Senior Advisor of Conservation Strategy for the WCS Wildlife Health program. He was also the Director of Training and Capacity Building
and the Graduate Scholarship Program, which has provided Masters and PhD scholarships to top-flight universities such as Oxford, Yale, and Stanford for over 100 young conservation leaders from developing
nations around the world. Peter continues to support the careers of young conservationists from the developing world through his role with the Wildlife Conservation Network’s Graduate Scholarship
Program.

Peter serves on multiple specialist groups for IUCN. He has authored over 65 scientific publications and book chapters, and he regularly publishes about wildlife and conservation for the general public in
magazines, blogs, national newspapers and other media outlets.