There is a photo blind with a feeding station near the visitor’s center at Laguna Atascosa NWR ( just north of Brownsville). Right at dusk a very small, grayish mammal showed up and I got a couple low light shots. I thought it was a shrew but the photos were not conclusive. I went back the next morning to shoot a ruler at the same spots to estimate the size of it, and the same mammal was there again. Still not very good photos, these are the same individual. 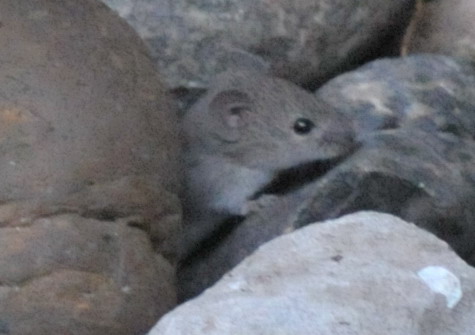 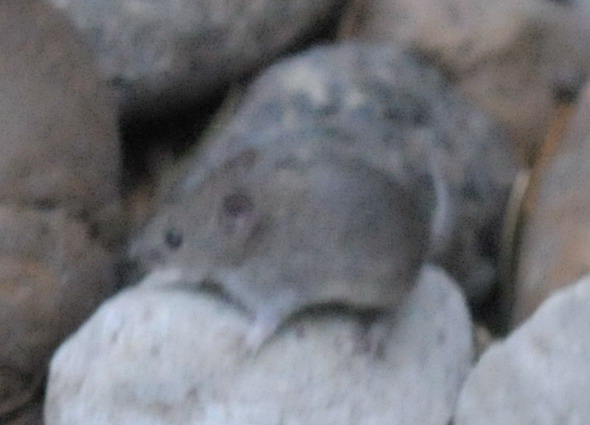 The business with the ruler was a bit dicey but I got a body size of 60mm and tail length of 40mm, or 4 inches overall. Estimating with bare eyes I would say 4″ is generous, it was pretty small. One photo of Northern Pygmy Mouse in Bowers et al shows a rounded ear like this one has and it generally looks pretty good, other than being lighter. That is not a mammal I expected to see and not sure of the ID.

A couple Hispid Cotton Rats showed up, too, which seems to be a common occurrence. Two local birders said they have them at their feeders. I assume this is an adult and a juvenile. 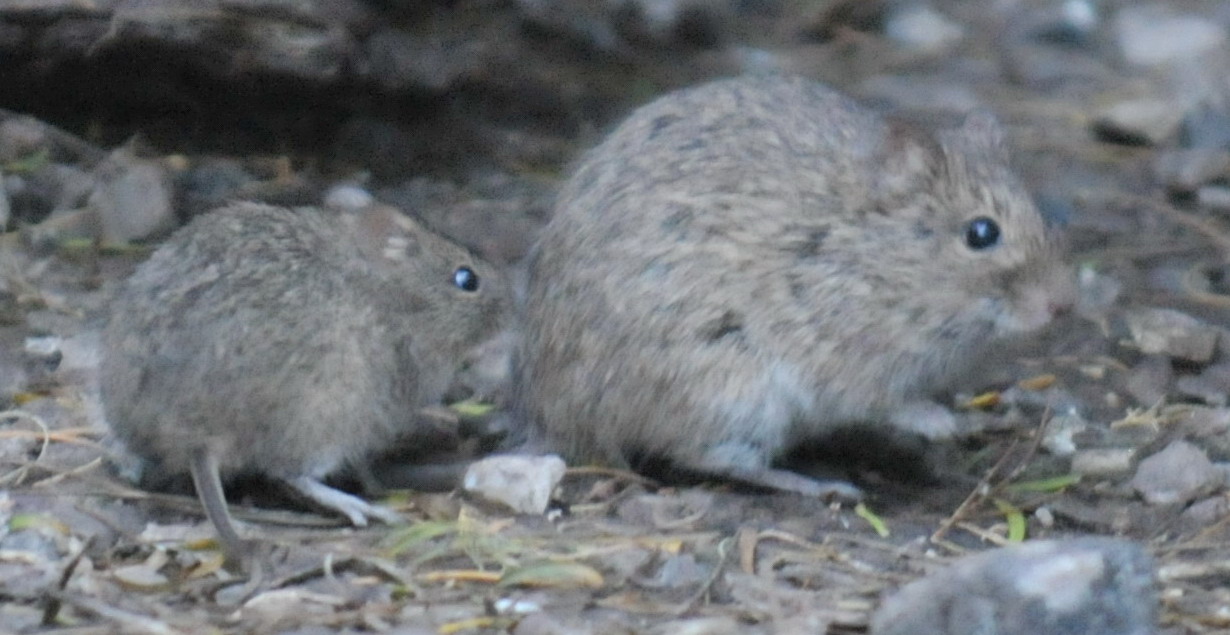 There are five woodrat nests near the visitor’s center but I couldn’t turn one up.

I got  a brief look at a Gulf Coast Kangaroo Rat on the sand dunes on South Padre Island. I was thinking it is impossible to create a burrow in such sand but I found the burrow it went down, in the middle of a  plant; I guess the plant roots provide enough structure.  The last few miles of the road have mostly undisturbed habitat but it takes a four wheel drive vehicle on the beach to get to the NWR properties at the north end of the island, which would probably have more animals.

I found some Texas Pocket Gopher mounds (I think) in the sandy soil at Estero Llano Grande SP but couldn’t get back at night. No cats, no skunks, one Gray Fox, one Muskrat, a few Eastern Fox Squirrels, learned what Javelina scat looks like.