On a trip to Brazil’s Pantanal in Sept 2010 I was most fortunate to see Jaguars mating in the Cuiaba River area out of Porto Jofre.  For 40 minutes I was able to watch a pair of Jaguars mate five times, right out in the open, on a sandbank of a river.  Unfortunately had some camera problems.  But still managed to get some photos of the Jaguars mating.  Also saw three other Jaguars on the trip as well as a young male Puma at a distance of only 10m !  Phil Perry, Swaziland : http://www.pperrywildlifephotos.org.sz

Jaguars snarling at each other moments after mating 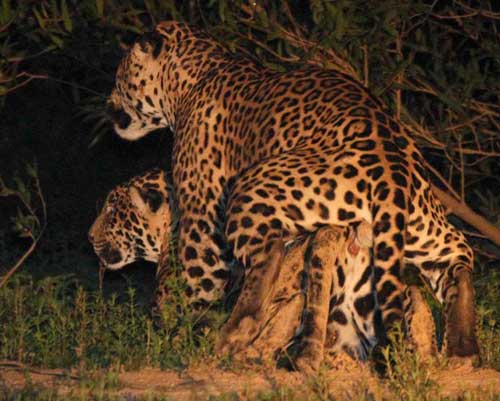 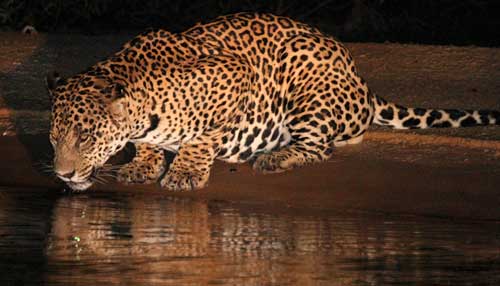 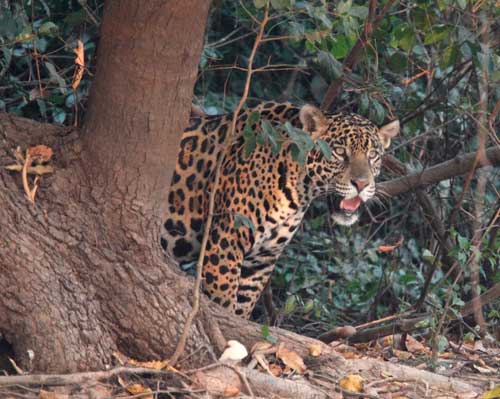 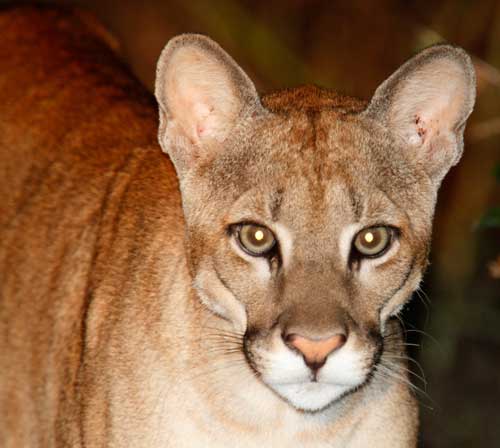 Male Puma at night, brought to within 10m using call of female puma in heat