I am an enthusiastic mammal-watcher, which is harder to be than a bird-watcher because mammals are more visually elusive. Tonight as I was walking through Yongji Park in Changwon, on the south coast of South Korea, I saw a mustelid mammal that might have been a feral ferret. But the coloration also matched the Siberian Weasel, which is indigenous to Korea although probably not common. 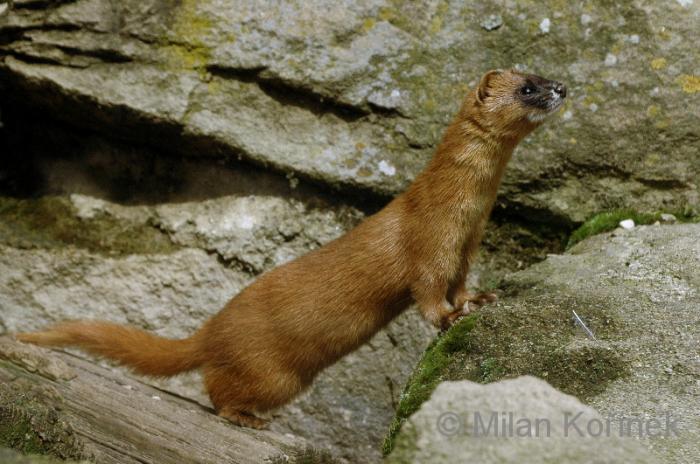 Now, a public park in Changwon would seem to be an unusual place to see this species, but the city is ringed by mountains which would be a more natural habitat for it — if it gets this far south; it is apparently more often encountered in North Korea. Does anyone have any ideas about this? Is it possible that I did see a Siberian Weasel? Or are feral ferrets sometimes sighted in Korean parks?

UPDATE: A respondent at Animal Rescue Korea said that she has seen similar mustelids on Jeju Island, which is off the south coast of South Korea.  So if the Siberian Weasel occurs there, it would probably occur in the Changwon area as well. The coloration of the animal that I saw did not remind me of any domestic ferret I have ever seen. The only other wild weasels found in South Korea are the Least Weasel and the Mountain Weasel, which are smaller and do not look like the animal I saw.