I couldn’t spend a Labor Day long weekend at home, so I took a last minute trip to the Chiricahua Mountains on the Arizona/New Mexico/ Mexico border to see what I could find.

I got into Phoenix late on a Friday night and headed north to Payson, to spend the night. A night that was only four hours long rather than the five I had hoped because the night manager at Paysonglo Lodge had disappeared for an hour when I got there. The idea of leaving a key for me under the mat apparently didn’t occur to her. Grrrrr.

Payson is a 45 minute drive from Woods Canyon Lake, in the Mogollon Rim country, that – judging by a couple of pictures on the internet – I reckoned ought to be a good spot for Grey-Collared Chipmunks. It was. There were lots of them calling around the edge of the campsite at the lake. 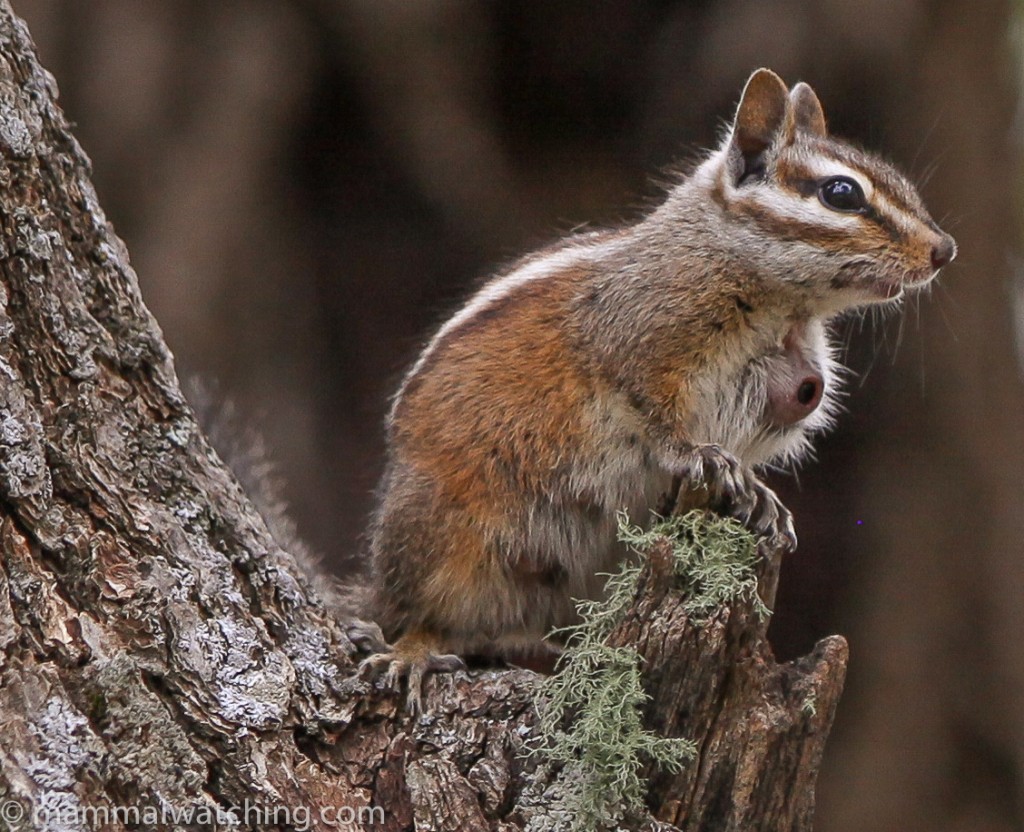 From there it was a six hour drive south to Portal, my base for the rest of the weekend.

I stayed at Cave Creek Canyon Ranch for a couple of nights. This a great spot for mammals and a good base to explore the area. The owner, Reed Peters, was also ready to let me throw out some Sherman traps on the property too (though I didn’t manage to catch anything there).

Cave Creek is worth a mention as a mammal watching spot in its own right. My target species for the trip were largely elsewhere so I did not spend a lot of time looking around the property but would have had I had a bit more time.

Yellow-nosed Cotton Rats were easy to see around the bird feeders and bats, presumably Mexican Long-tongued Bats, visited the hummingbird feeders after dark. 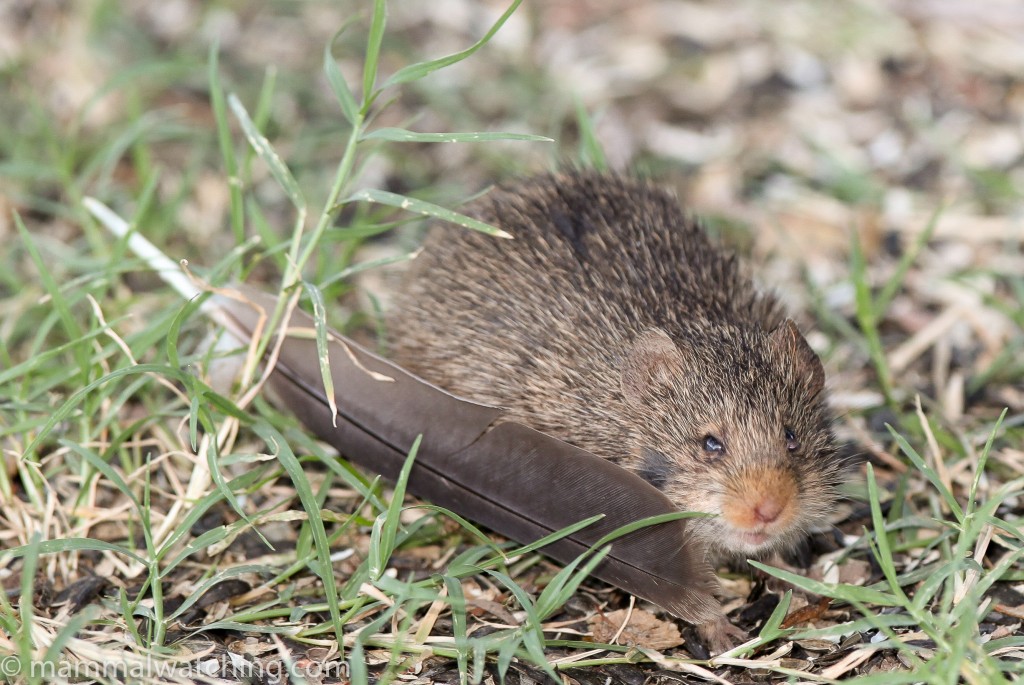 Reed said White-throated Woodrats visited his house most nights but we couldn’t catch any. Other animals that visit the feeders regularly include Rock Squirrels, Cliff Chipmunks and Striped Skunks (all of which I saw) and Hooded Skunks, which I didn’t see. Reed has seen a Western Spotted Skunk once too in the creek behind the cabins. 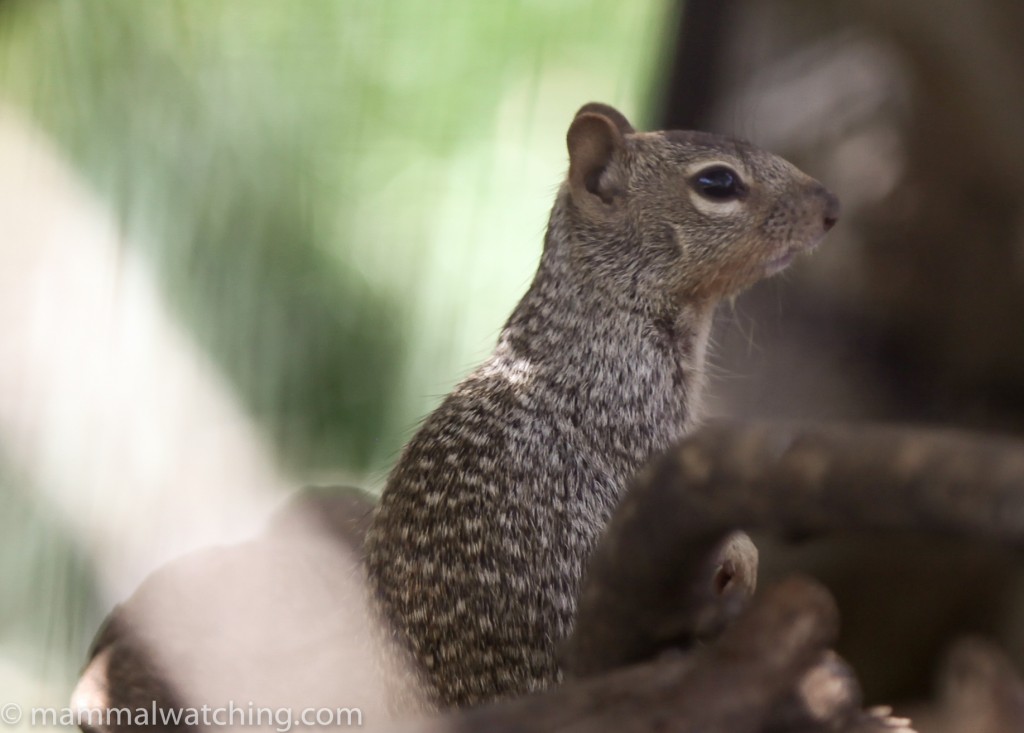 A Ringtail was denning in a tree near the cabins though I didn’t make an effort to see it.

A pair of Black Bears were around both mornings near the cabins and they unfortunately developed an interest in my traps. Unfortunate for some of my traps, not for the bears! I saw a Harris’s Antelope Squirrel along the driveway too and Mule Deer were common. Coatis and Javelinas are often here too. 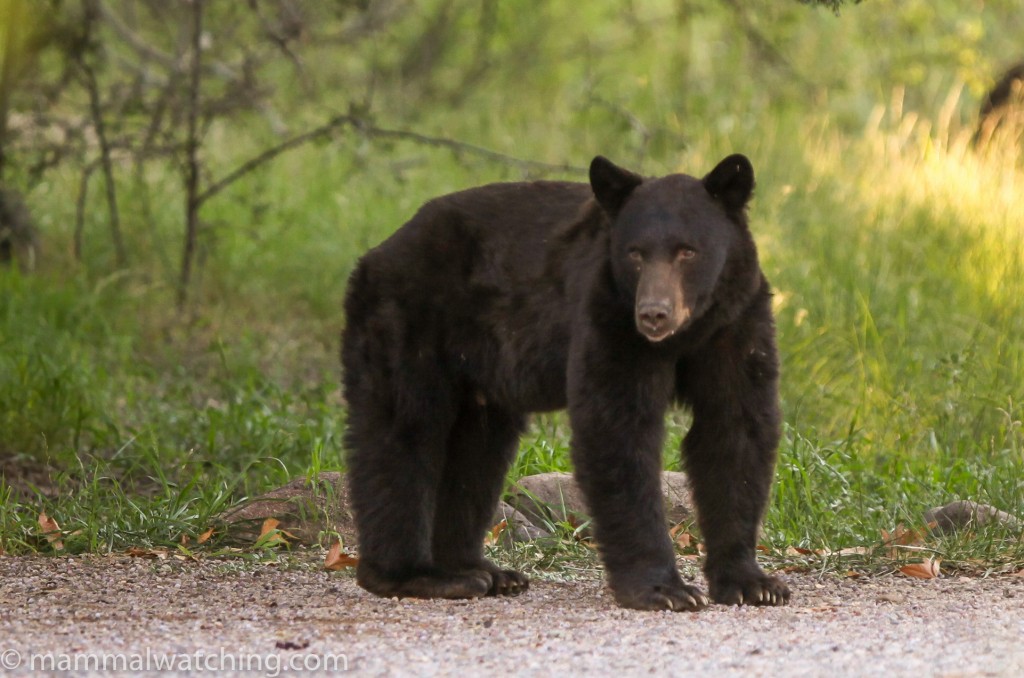 I spent most of my first evening just over the border in New Mexico, looking for White-sided Jackrabbits. Hidalgo County is the only place in the USA to see this species. Following Curtis Hart’s advice, I took a trip down Cloverdale Road (road 338) due south of Animas after dark. Despite the very bright full moon there was a good deal of rodent activity with several Merriam’s Kangaroo Rats (identified by habitat – they are the common small kangaroo rat out on the gravel, Ord’s are in the sandier soil) and Pocket Mice on the road. Curtis has seen White-throated Woodrats, Banner-tailed Kangaroo Rats and Hooded Skunks along here during a couple of drives on moonless nights. 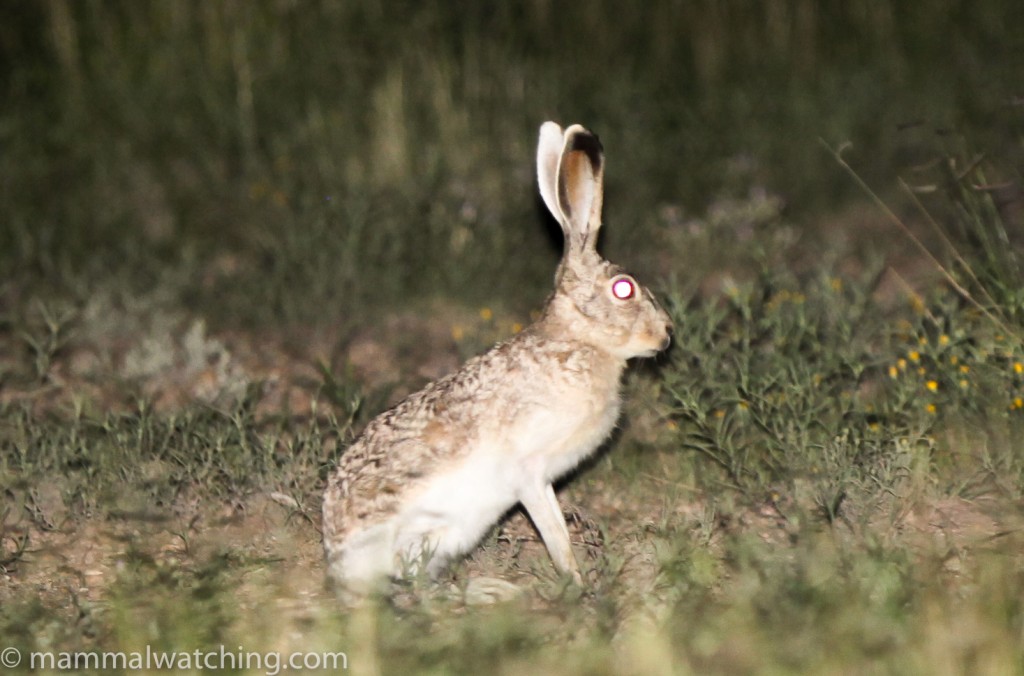 White-sided Jackrabbits are most active on moonlit nights and I saw two pairs about 36 miles south of Animas, in the same area that Curtis had seen them (he saw 11 during one evening with a full moon, between miles 34 and 40). This section of the road goes through a ranch where the vegetation is in much better shape than the scrubby country further north which is home to many Black-tailed Jackrabbits. The White-sided have a much whiter belly and flanks, plus the ears (which can have black on the inside as in the photo), are white tipped. Black-tailed Jackrabbits have black-tipped ears. The road is very close to the Mexican border and though I wasn’t stopped I was waiting for the US border patrol to pull me over. So pack a passport. 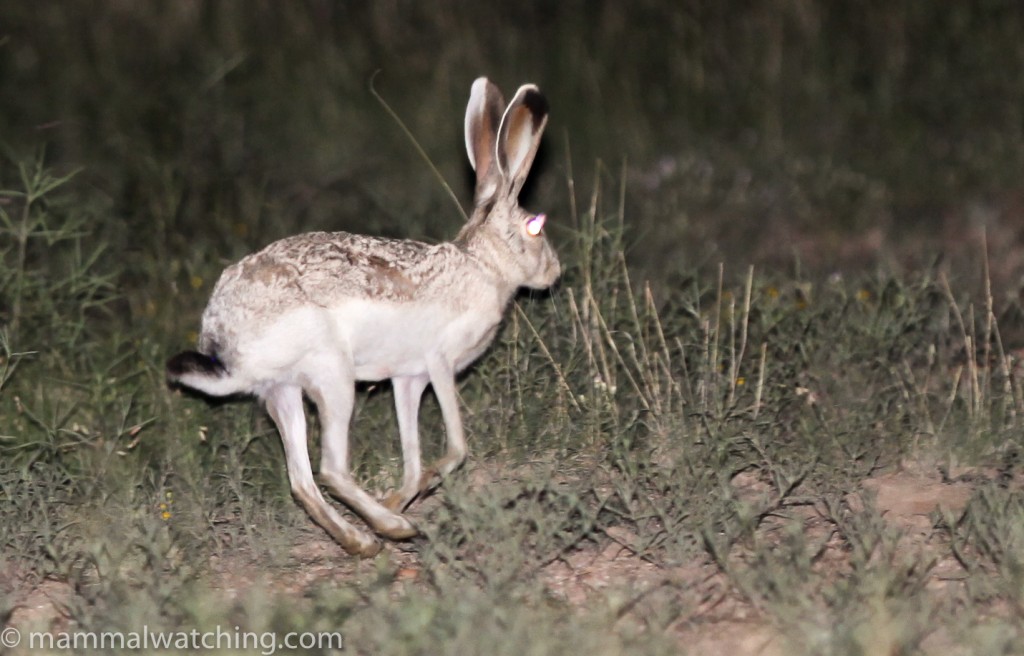 The next day I drove three hours back to Tucson and then south to the small town of Continental. Antelope Jack Rabbits are along the road south of Continental towards Madera Canyon, a well known birding site. John Fox saw 3 along here in the mid morning. I drove up and down the road late in the afternoon for an hour and a half before spotting one at dusk. An impressive rabbit. I was focussing on the desert along the first 5 miles of road out of Continental and saw the rabbit about a mile along one of the dirt tracks off to the west. 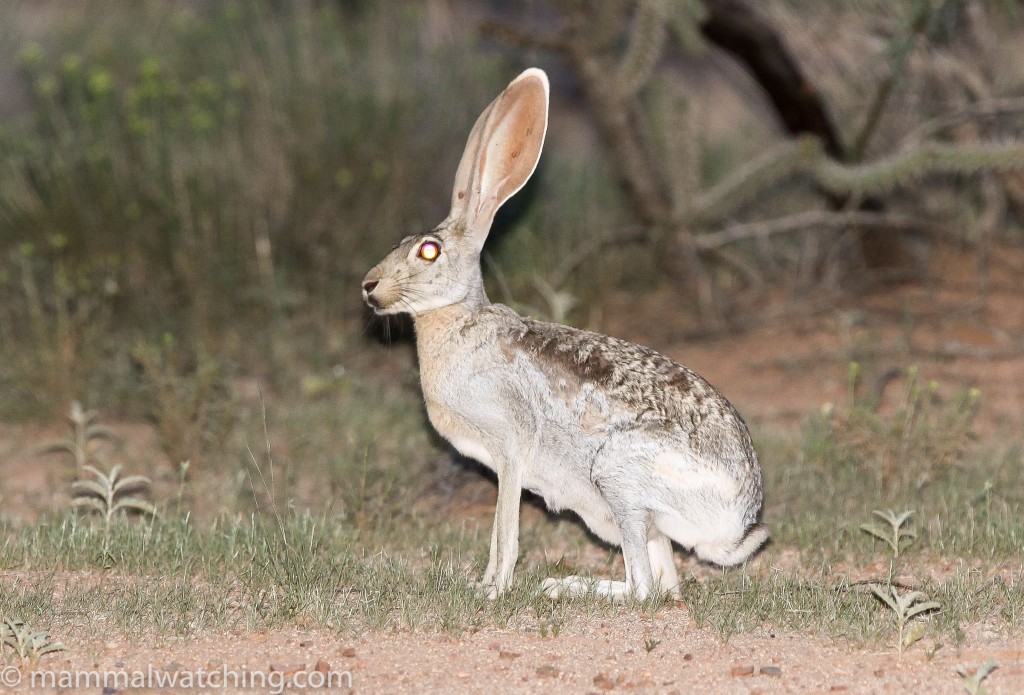 During my second night I found what I am almost sure was a Banner-tailed Kangaroo Rat pretty much where John Fox had seen them. Though I need to photograph one properly before I can tick this species off as there are several other species here too. To add some more information to his details, Sunrise Road is off to the west at mile marker 412 along Rt 80. This is three miles into Arizona and south of the town of Rodeo (the mile markers get reset when the road crosses the state line).

There was a bright moon and gust winds which probably didn’t help rodent activity. I saw only one kangaroo rat along the road and couldn’t get a photo. It was too large to be anything other than Banner-tailed, and was perhaps half a mile along Sunrise Road, about 100 yards before the “Animas” track crosses sunrise road.

A set of humming bird feeders at the South West Research Station had plenty of bats visiting which were almost certainly Mexican Long-tongued Bats. Southern Long-nosed Bats are also possible here but they are very occasional and may have even migrated by September. There was lots of fresh gopher digging on the lawn near the bird feeders. 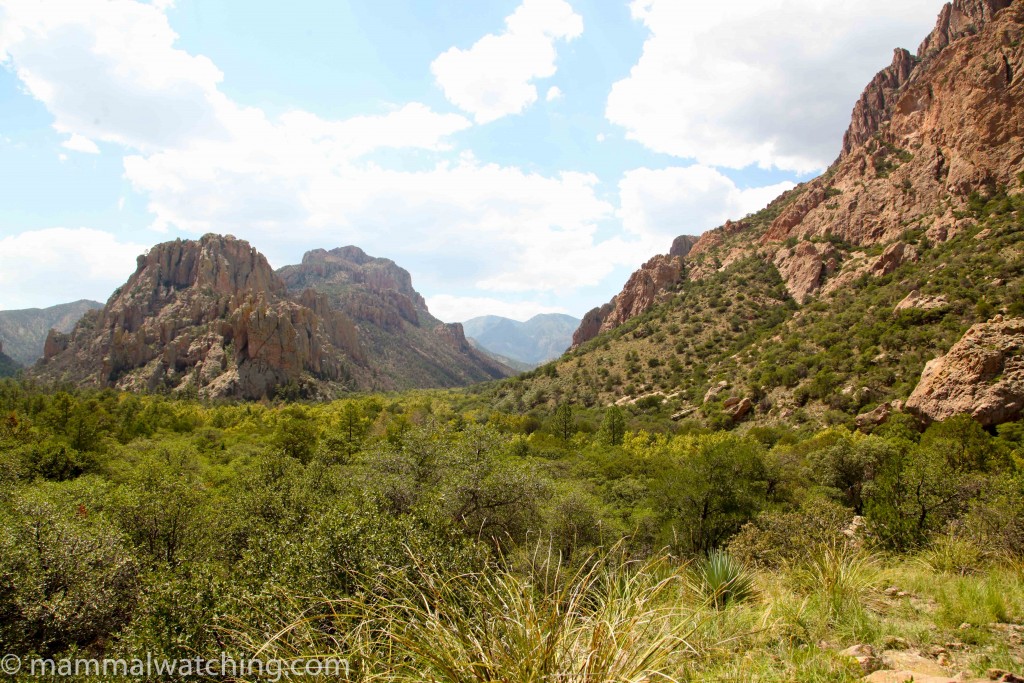 Hog-nosed Skunks are in the area too, but much scarcer than Hooded and Striped. A few people have seen them along Cave Creek Road, and John Fox suggested I look around a nature trail new Stewart Campground (the trail goes from just before the bridge (the Portal side ot the bridge) in front of – and across the road from – the campground. John had been told that a Hog-nosed Skunk was using the area a couple of years ago. I spent half an hour at midnight looking but didn’t see any mammals. It was a lovely spot though. 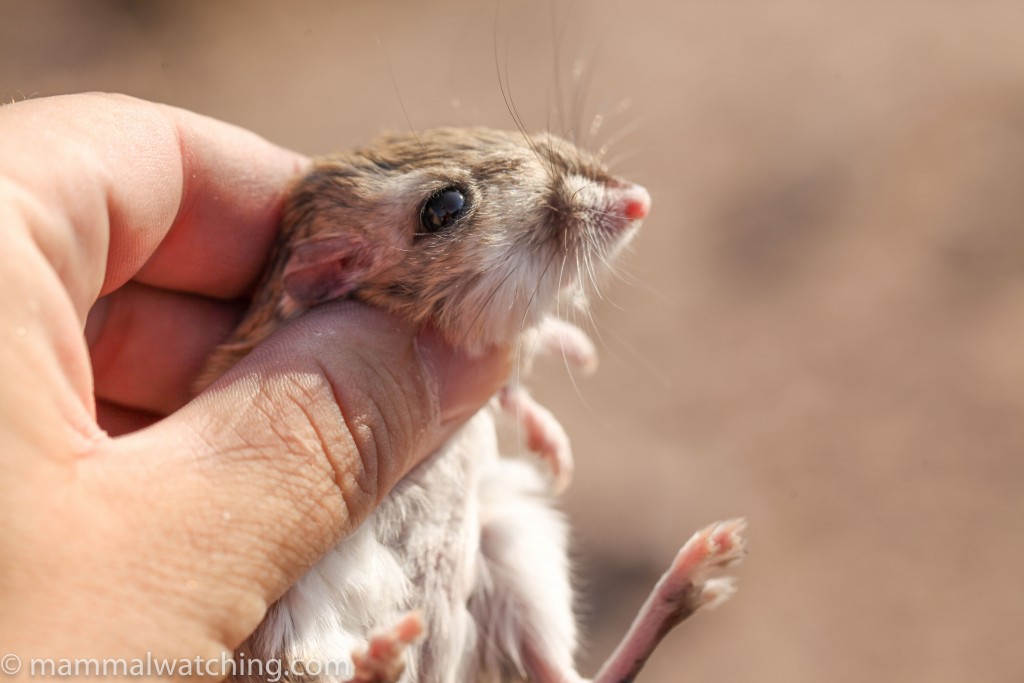 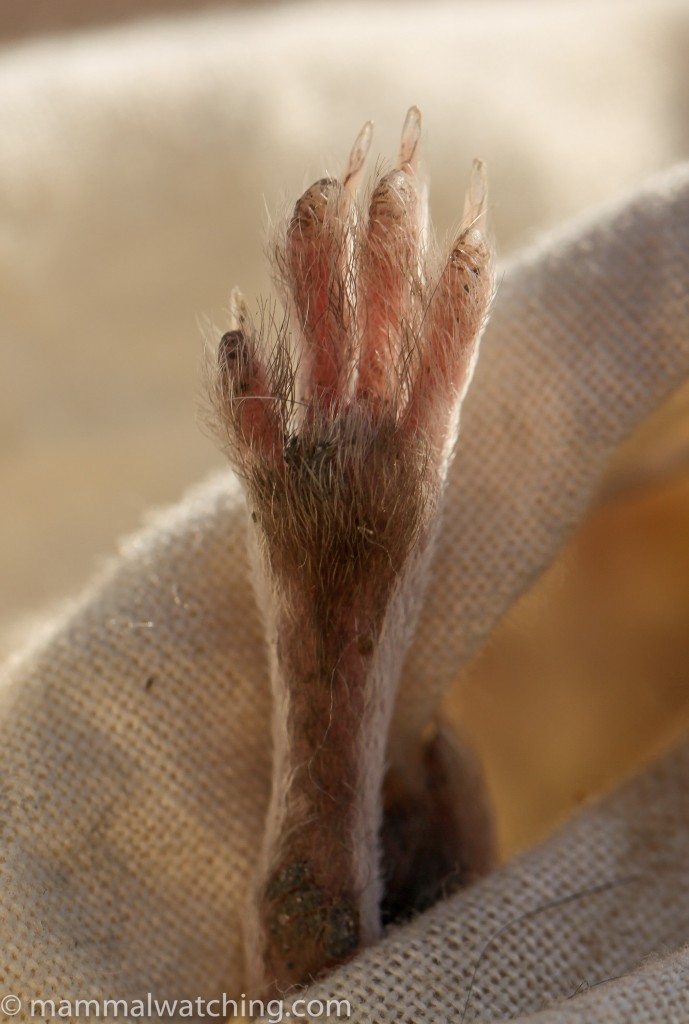 Small mammal trapping in the desert can be unproductive but I was told of dam not far from Portal where I could set traps without a permit. It was indeed a good spot. In a couple of nights I caught a Merriam’s Kangaroo Rat and a Yellow-nosed Cotton Rat. 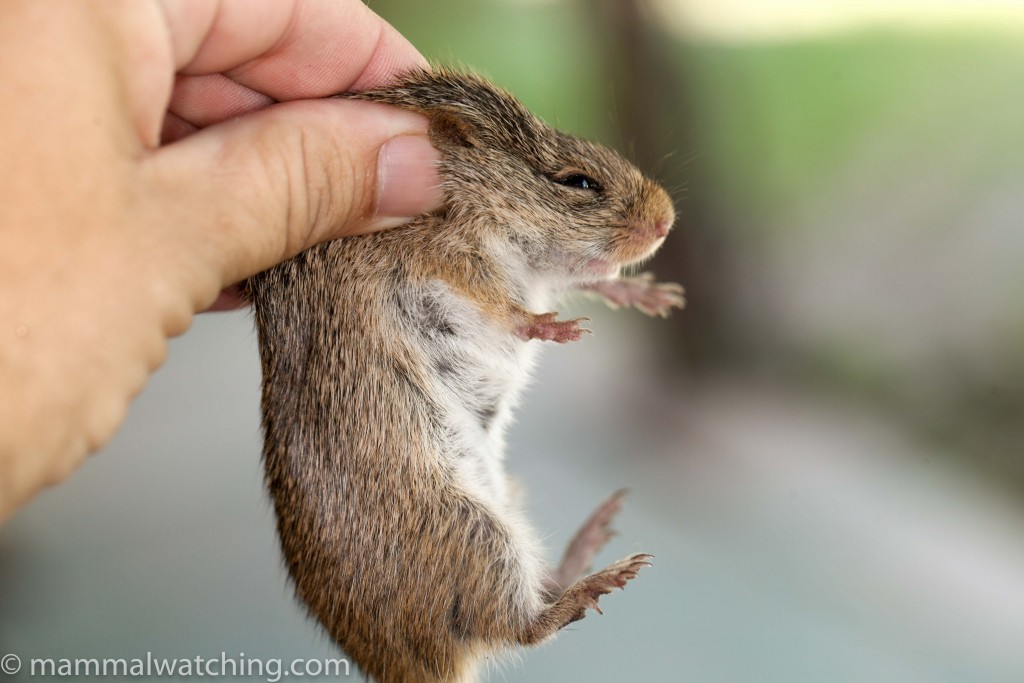 A couple of Hispid Cotton Rats were trapped close to the water. 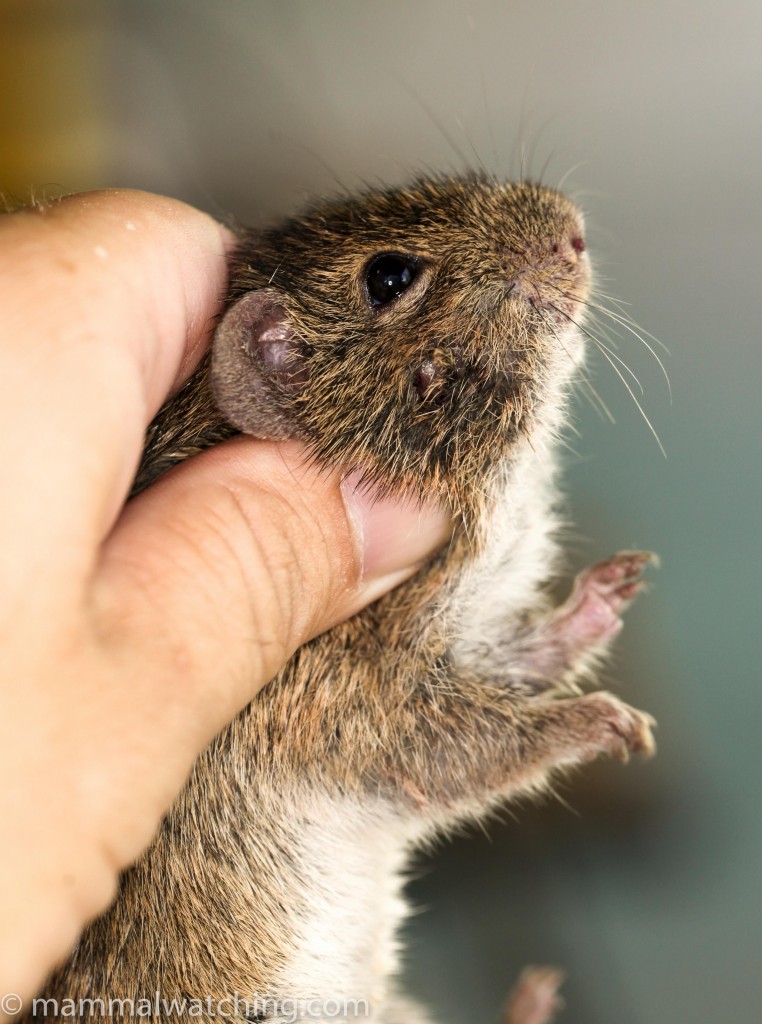 As was this Tawny-bellied Cotton Rat. 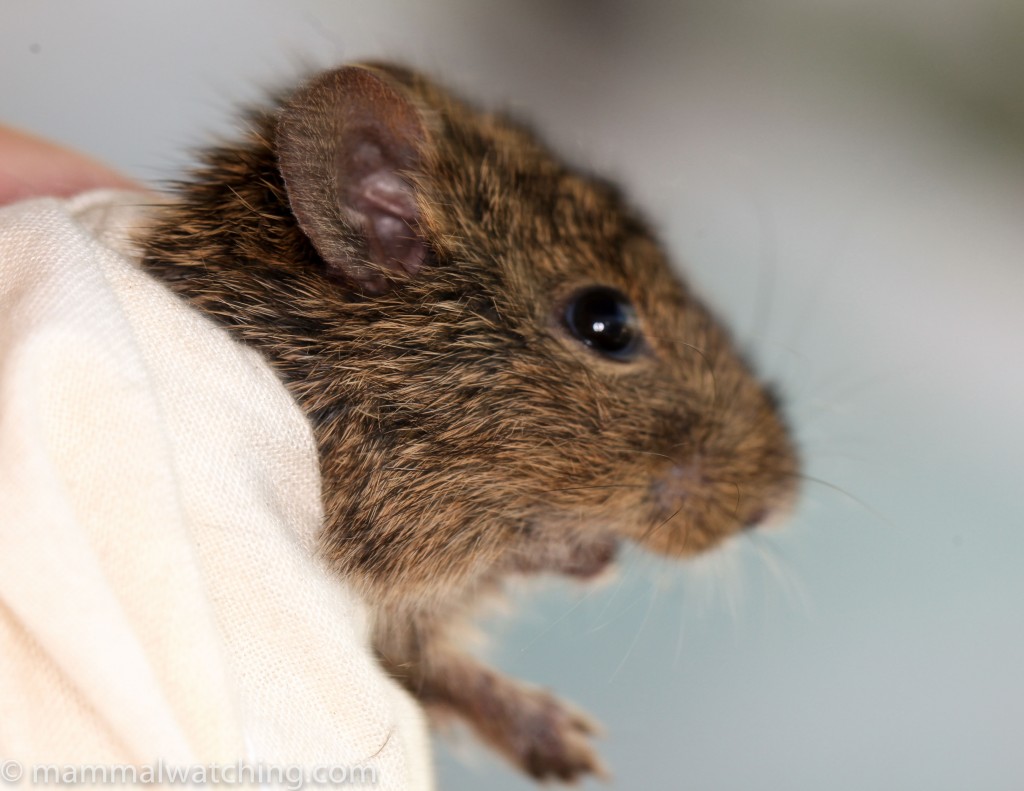 And I caught several Desert Pocket Mice in the desert. 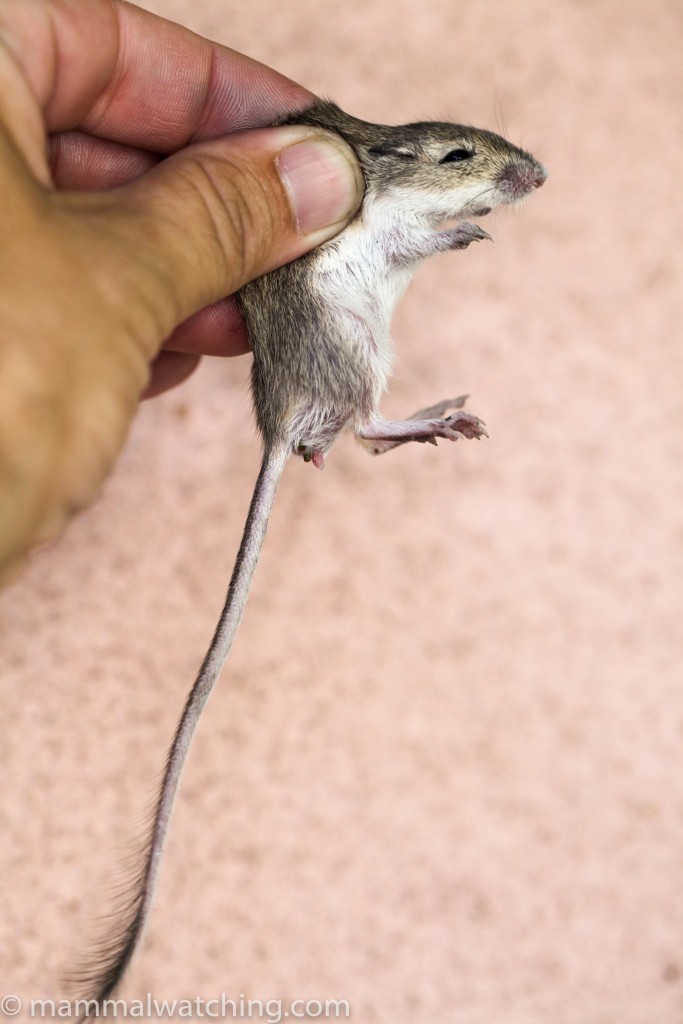 As I was leaving Portal I stopped in at Quailway Cottage to visit the bird feeders where a couple of birders reported seeing a Spotted Ground Squirrel the previous day. I wasn’t there long enough to see the squirrel but it looks like another great spot to stay. The manager, John Yerger, is a bird guide who was helpful when I asked him about the local mammals but unable to go out with me. He’d be a good guy to meet up with next time. And there will be a next time because there are still many animals I’d like to see in this superdiverse hotspot. I saw 10 lifers on this trip: not bad for 2.5 days. Though admittedly I slept for less than 5 hours each night which helped.

Thanks to everyone who helped with advice, especially Fiona Reid, Curtis Hart and John Fox.