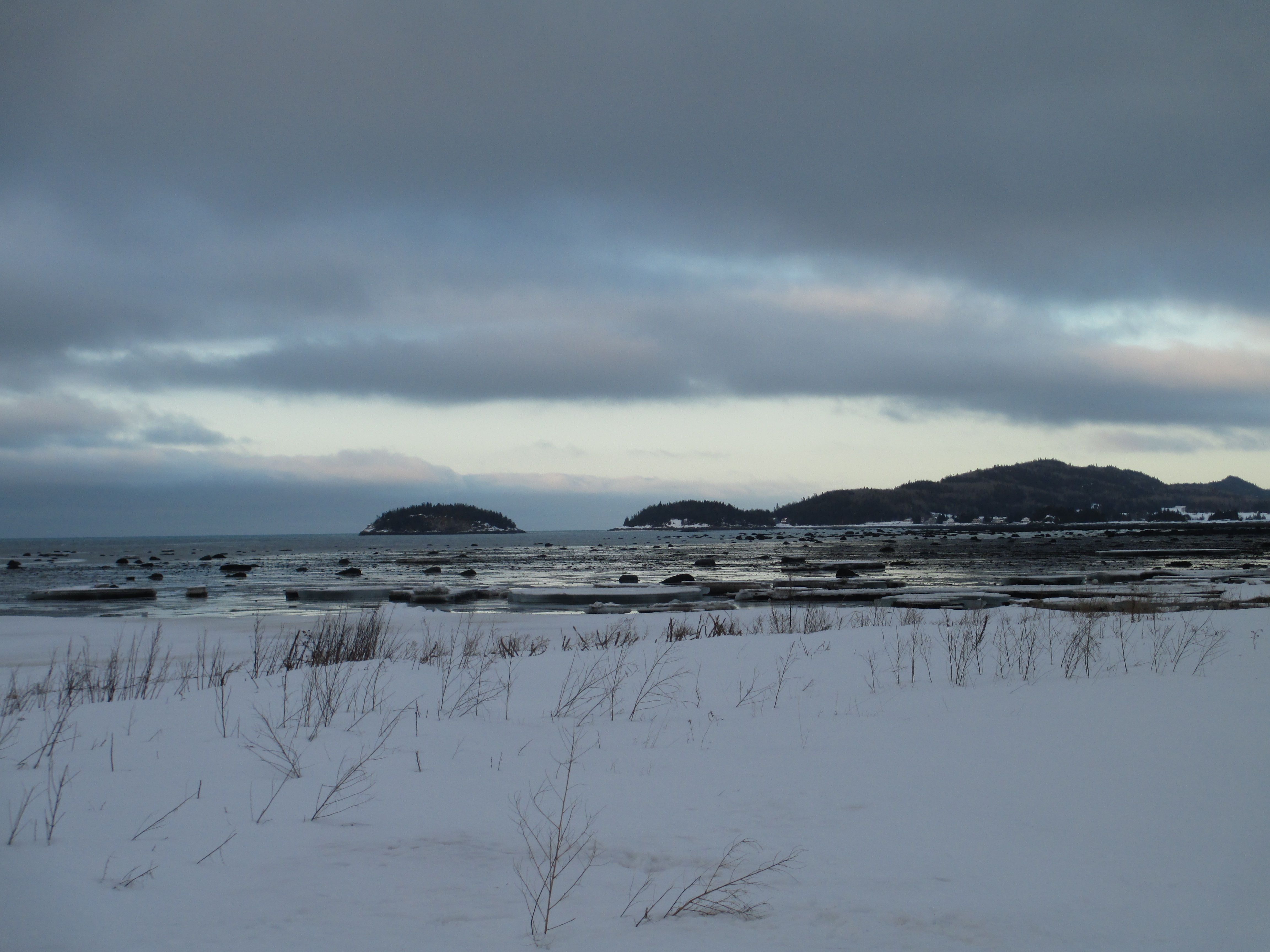 I was in Quebec for the weekend with my kids earlier this month. Mainly it was to visit the Hotel du Glace in Quebec City, which was a lot of fun for a night but would be much less fun if we’d stayed any longer. So I thought I’d take the opportunity to check out Parc Du Bic, between Rimouski and Riviere du Loupe, which I had heard was a hotspot for Fishers (its a hotspot for Porcupines too hence the Fishers).

The woman working in the visitors centre seemed not to know anything about Fishers and her English (like many people we met) was not at all good. The park is closed to vehicles during the snow season so we spent 3 hours walking the trails one afternoon, and another 3 hours the next morning. No Fishers. Maybe some tracks though I wouldn’t swear to it. The only mammals we saw in fact were a couple of Red Squirrels.

The reports from a few years ago that I’d heard had made it sound like you could see 3 Fishers in a day in Parc du Bic. That may still be the case, and it might be easier in the summmer, but I’m not at all sure that is still the case. That said it is a nice park and so I will try to spend another weekend there (this time without my kids this time so I can focus more on the Fishers), and I will go during the summer when you can drive right into the park and cover more ground in a vehicle.

I’m going to check out Algonquin park over Easter and maybe I will get lucky there. Maybe…