Bódva Valley after the rain, May 2013

Ballads Szigetiwas, from ecotours.hu was busy, so he fixed me up with Sandor Boldogh who works at Aggtelek National Park in northern Hungary and runs occasional tours. Sandor was excellent: a lovely guy and a great naturalist. But even his super-mammal-powers weren’t enough to compensate for the terrible weather. It hardly stopped raining the whole weekend and the weather was 10 C cooler than usual too.

Sandor did manage to show me two of my target species, beginning with a Common Bentwing Bat (Miniopterus schreibersi) which we saw at a secret location 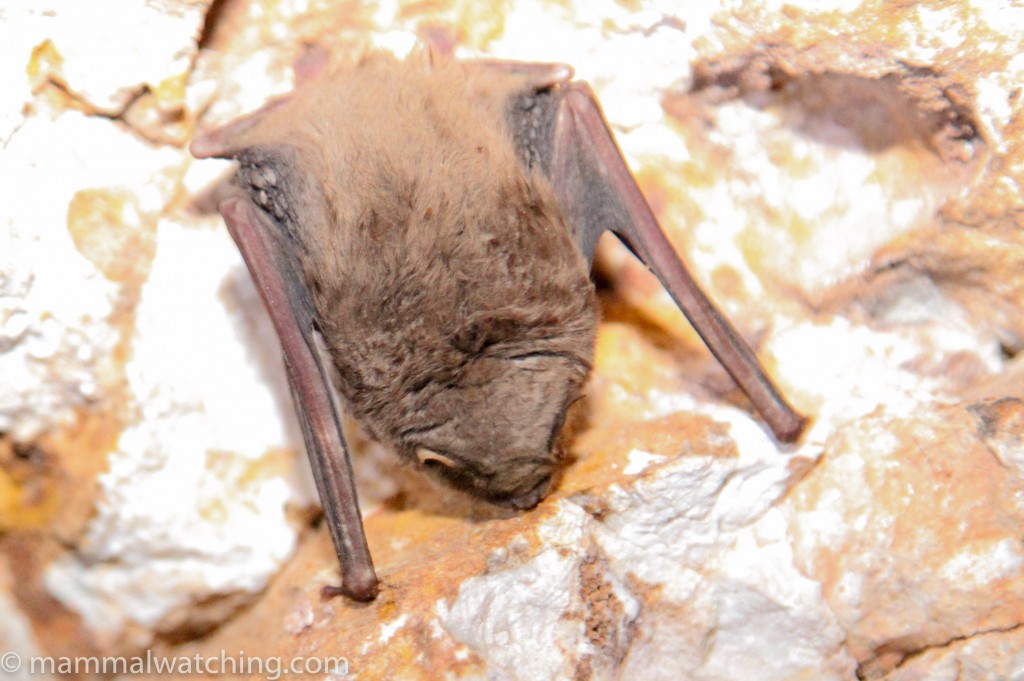 Followed by a Ural (Pygmy) Field Mouse (Apodemus uralensis) which we caught that evening in one of the great locally made mammal traps (great in the dry weather but not so effective in the rain). 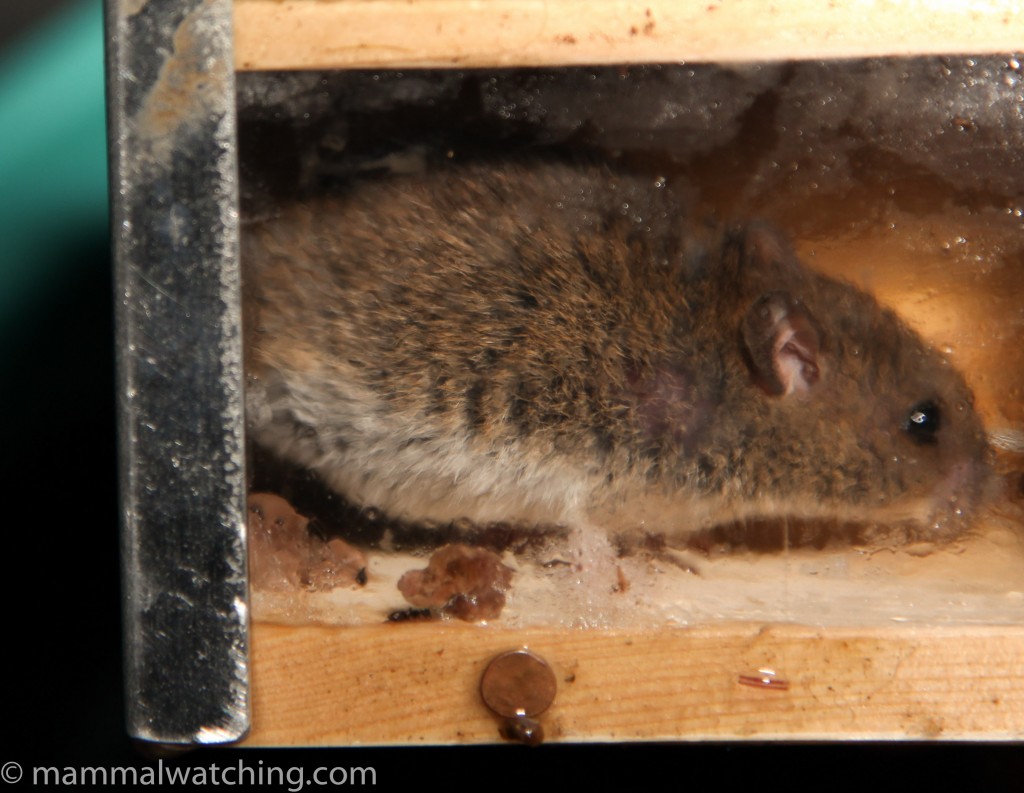 Over the course of the weekend we also saw several Brown Hares, Common Noctules and Daubentons (during an otherwise fruitless hour’s mistnetting in Sandor’s village), as well as Lesser Mouse-eared and Geoffroy’s Bats near the Miniopterus colony and a colony of Mediterranean Horseshoe Bats too. 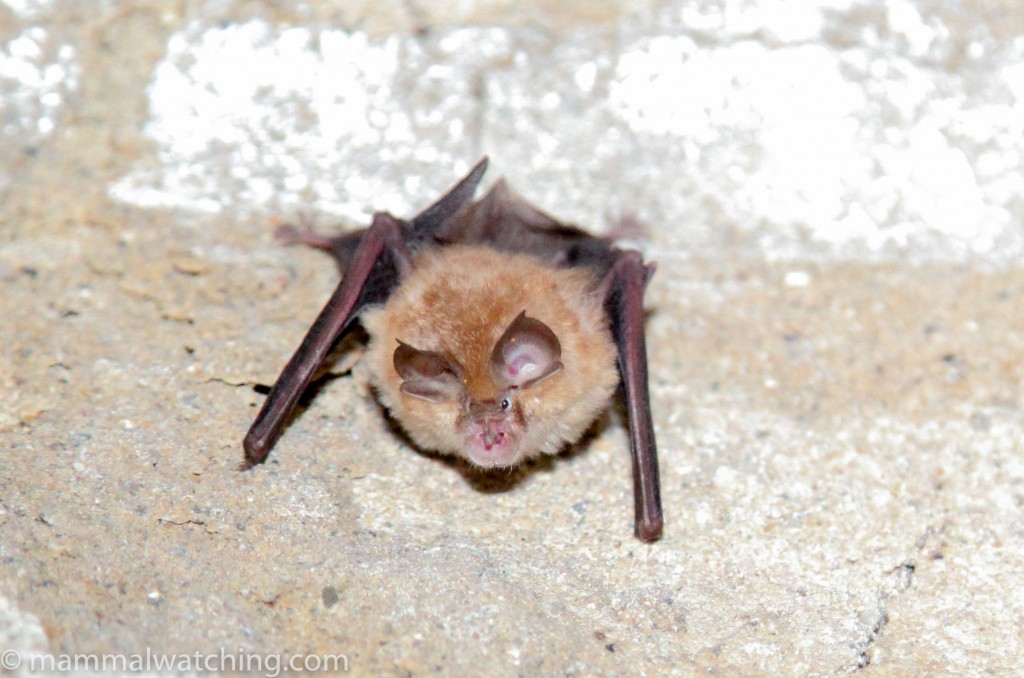 With better weather I feel sure we would have seen Steppe Mice (Mus spicilegus) which Sandor has a failsafe spot for viewing, Hamsters (which are a pest animal especially in the Autumn) and Particolored Bats: we visited a quarry where they may have been roosting but couldn’t locate the roost perhaps because the animals were in torpor and not calling. Sandor also thought there would be a very good chance of catching some of several species of Shrews – European and Miller’s Water Shrew, and Bi-colored and Lesser White-toothed Shrews. I had to go back. 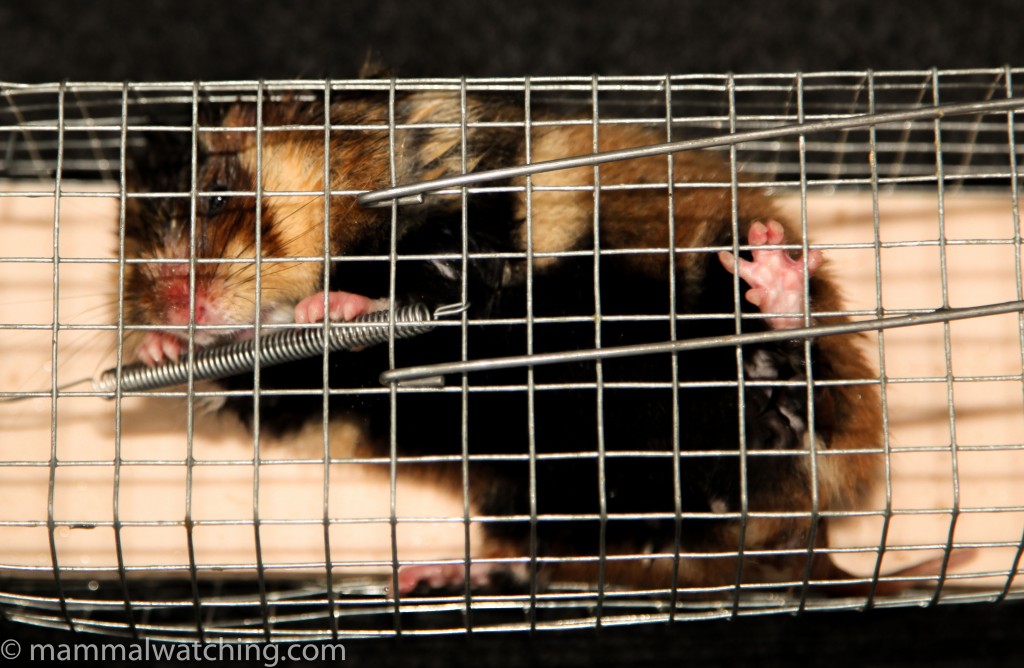 And back I went for a couple of days in the middle of September 2013 and once more based myself in Josvafo village. Sandor was working but still found some time to help try to catch some shrews.

Hamster numbers should have been peaking by September but it appeared not to have been a great year for them. I returned to the little town of Mezozombor, where I’d looked in May, and a local showed me the carcasses of several recently killed animals in a small garden (a garden that had four cats in it later that evening) as well as some fresh burrows in allotments where Sandor and I had looked in May.

I didn’t see or hear anything though but left three cage traps baited with carrot. And the next morning one contained a very agressive and wet Black-bellied Hamster. The animal was hissing and throwing itself at the trap and my fingers when I picked it up. A beautiful thing and the photos – taken in pouring rain – don’t do it justice. 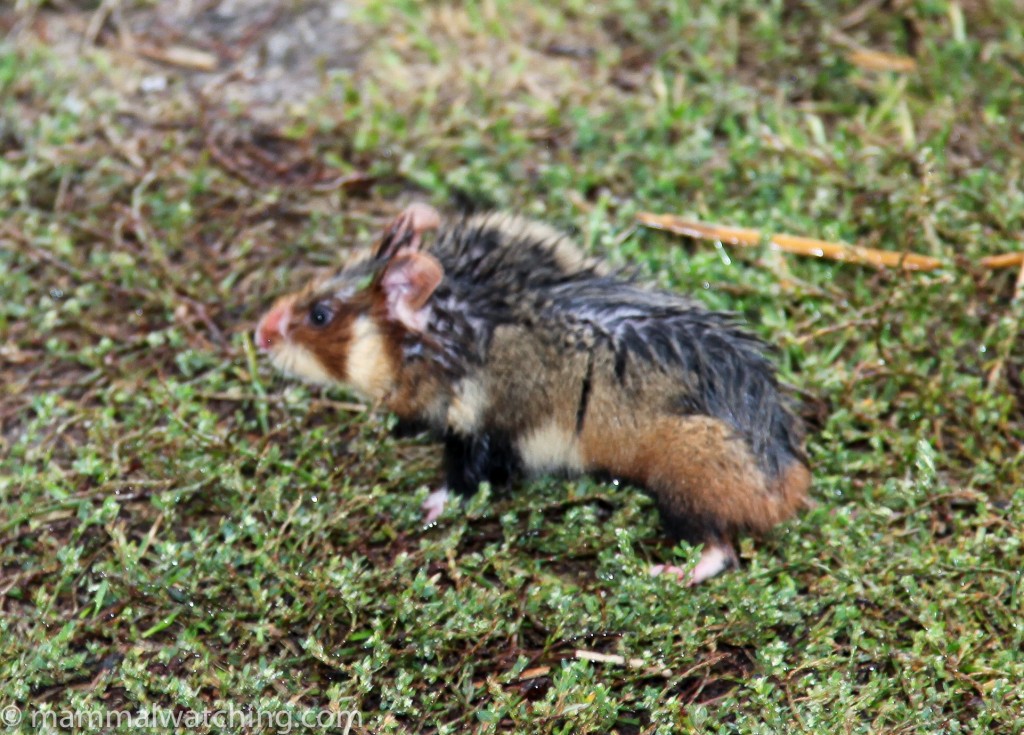 Hamsters are notorously aggressive and Sandor told me about stories of them standing up – as in the photo below – to confront railway trains and trucks bearing down on them.

The other lifer of the trip was seeing several Steppe Mise at a site near Mezkovesd. I visited the small bridge over a dry creek in farmland at dusk and there were rodents everywhere. In 30 minutes I saw at least three Wood Mice as well as a couple of Steppe Mice and other unidentified species (Sandor has also caught Lesser White-toothed Shrews here for instance). I set five traps and caught three Wood Mice in the first 15 minutes! The next morning all five traps were full: three Wood Mice and and two Steppe Mice. 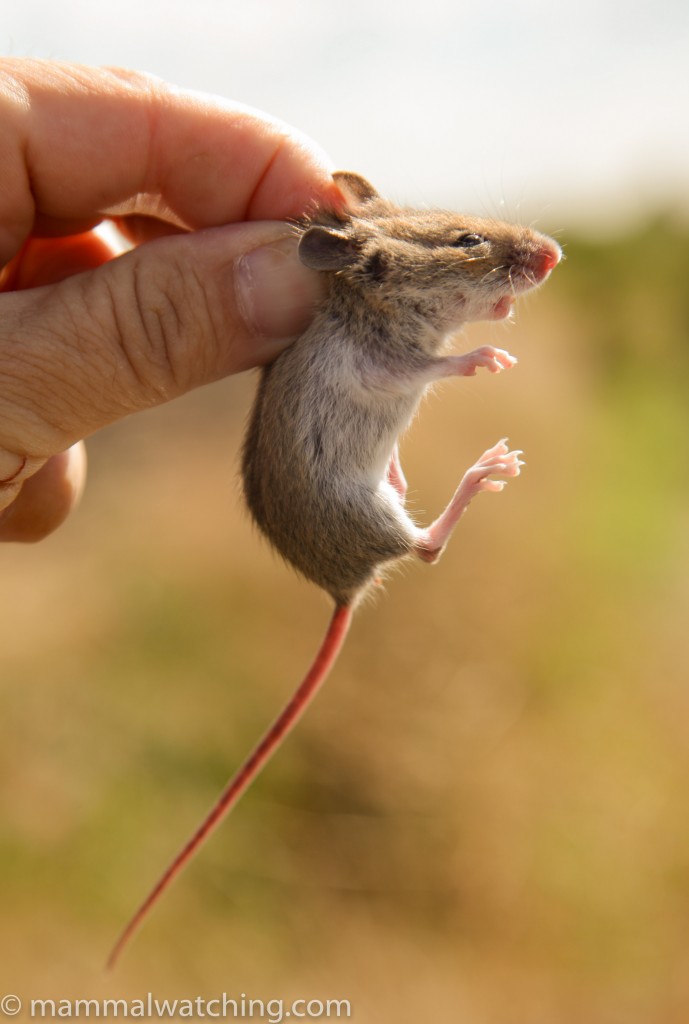 The rest of my time was spent looking for Shrews around Aggtelelek. Just 2 weeks earlier Sandor had caught several Lesser White-toothed Shrews and a Miller’s Water Shrew, while European Water Shrews are also present.

Despite 80 trap nights we didn’t catch a single shrew (perhaps because the weather was a few degrees cooler than it had been a fortnight earlier). We did however catch Harvest Mice, Wood Mice, Yellow-necked Mice, Striped Field Mice and Common Voles. And I saw Red Foxes, Red Deer, Red Squirrels and Brown Hares while driving around. There were no sign of the Particoloured Bats at the quarry I had visited in May, though the search almost killed me. I dislodged a very large boulder which fell onto me and I thought my mammal watching days were over as I slid down the scree towards the edge of the cliff.