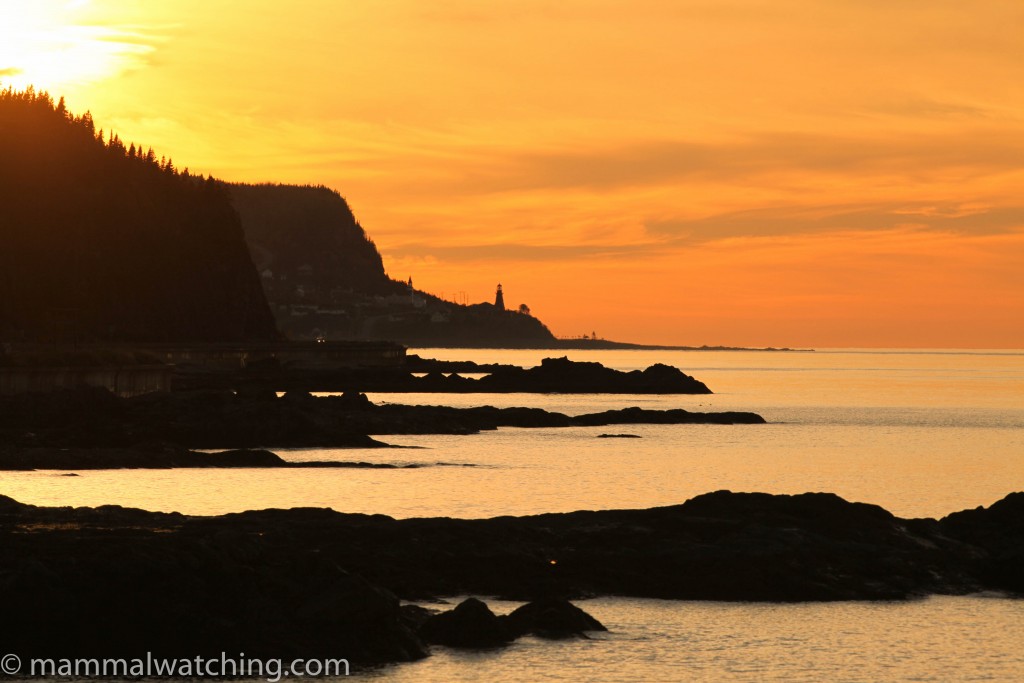 I’ve visited Quebec several times and I think it is fair to say I have mixed feelings. The scenery is hard to fault and there ought to be some good mammals to see. But it is a hard place for a mammal watcher to be successful. Or it has been for me.

Moreover, there can be strangeness about the people there that is quite discomfiting: there’s a fine line between trying to keep one’s cultural identity intact when surrounded by an anglophone world and turning into North Korea. And Quebec is in danger of falling the wrong way. The absence of people who can speak a word of English, or the absence of people who know – or admit to know – anything about the local wildlife, is positively odd. So while not yet North Korea it might well be North America’s answer to Albania. Check out this brochure from a whale watching company. You’d think someone knew someone who could speak English? 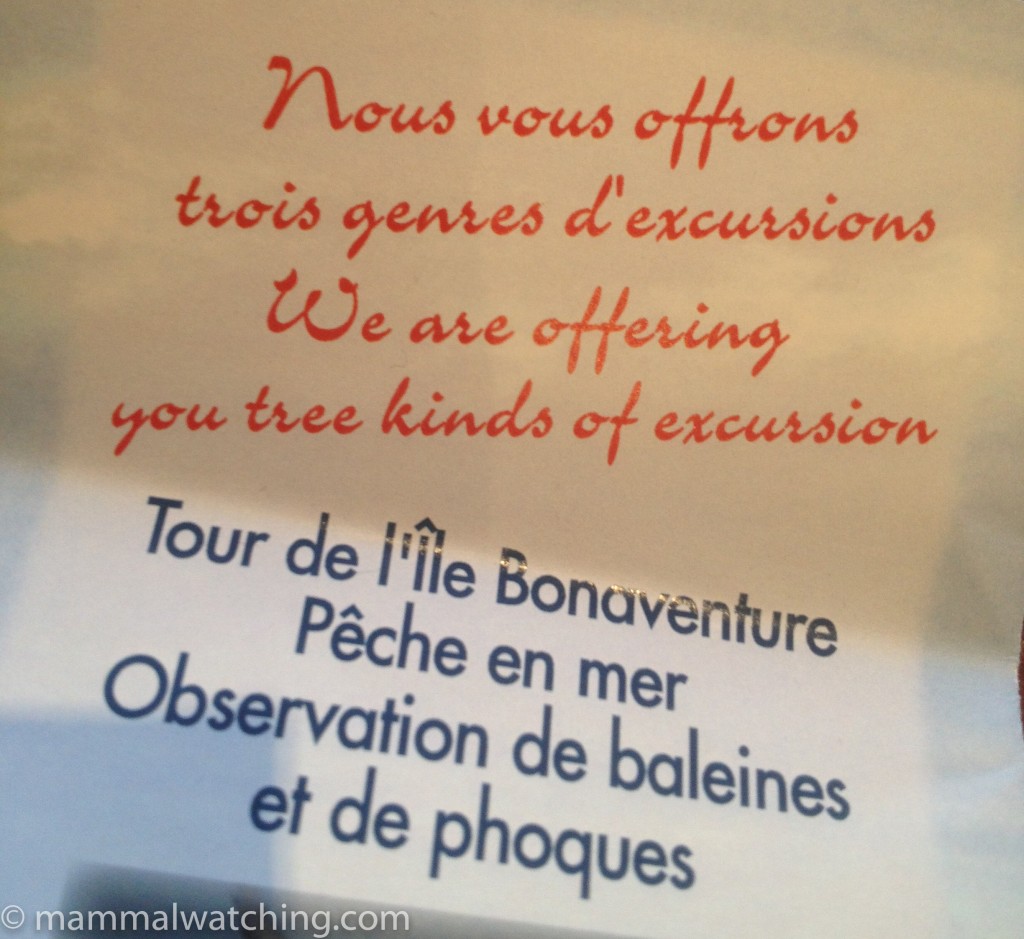 I visited for a long weekend in the middle of October which coincided with Canadian thanksgiving. This, according to some Canadians, is the end of summer. It felt more like the beginning of winter when I was on the Gaspé and the temperature at night was -4C.

I’d organised the trip at short notice and had two goals: Atlantic White-sided Dolphins and Fishers. I didn’t see either.

Most whale watching along the St Lawrence had shut up shop by mid-October but when I spoke to whale watching operators in Percé they said they’d still be running trips over thanksgiving and that White-sided Dolphins were common. Not true. Trouble was I only found that out after making the 10 hour drive from Montreal to Perce.

Boat trips were happening. But these were not the dedicated whale watching trips run over the summer, just hour long circumnavigations of Bonaventure Island. And no one had seen White-sided Dolphins for several weeks. Apparently they are around only from mid to later August in this area.

It was also clear that the operators didn’t really know what they were talking about, with one telling me that the dolphins were all in south Florida by now. I did see a lot of Minkes as I was driving along the St Lawrence shoreline as well as some larger whales, presumably Fins though I didn’t look at them well because I was rushing to catch a boat.

I gave up on the dolphins and returned to Parc du Bic near Rimouski, which I’d been told was a hotspot for Fishers. I visited here in February 2013 and hadn’t come close to a Fisher but wanted to check this out in warmer weather and without my complaining kids.

I was stopped by the police after just 20 minutes spotlighting in the park. Although there were no signs to the contrary, people are not, they said, allowed to visit the park after dark unless they are camping. There “had been problems with vandalism” they said. But after checking my identity the police were, at least, quite friendly albeit clueless on the wildlife, telling me they’d never seen a Fisher during their night patrols. So I gave up on this park as a Fisher hotspot. It may have been in 2009 when there was a Porcupine plague. But, I suspect, the Fishers left when the Porcupines declined.

I finished the trip with a whale watching cruise out of Tadoussac along the St Lawrence River. I took the trip thinking White-sided Dolphins might be an outside chance, based on various websites of whale watching operators, though I gave up trying to talk to someone knowledgeable on the phone.

When I got on board the ship’s naturalist told me the dolphins are extremely rare around Tadoussac. It took her 10 years to see them. But, remarkably, they’d seen a pod the day before (13 October), which were the first of the season. And I then heard they were still around as another boat had seen them that day.  We didn’t see them and the fog didn’t help. I stayed on the boat for a second cruise (there was no need to pay again if I stayed on board) but we weren’t lucky. The naturalist also said Harp Seals are common in the river, but only in the spring.

A disappointing trip. Which coupled with a cancelled flight, a speeding ticket and a delayed flight home means I am not in a hurry to return. I did see Beluga, Humpback and Minke Whales, Harbour Porpoises, Grey Seals and White-tailed Deer. And I ate too much poutine. I am a sucker for poutine.