Thank you to Paul Carter for sending me the following report for a Pygmy Rabbit site in Idaho. Seems like its been a really good year for this species.

At about 3.8 miles down Reservoir Creek Road there is a farmhouse; and beyond that at about from 4.1 to 4.8 miles is a sage area where I had two sightings of Pygmy Rabbit.

On 7 Oct 2013, shortly before dusk, I had fleeting views of a grey ball that gave about 4 high-pitched squeaks as it bolted into cover after I surprised it in sage area on the edge of a gully (about 4.7 mile from the junction and where a track turns south). This was not a great view so we returned the next morning at 7.40 am and saw another at 8 am; it was resting/sunning itself at the entrance of its burrow about 50 m off the road, but visible from the road. 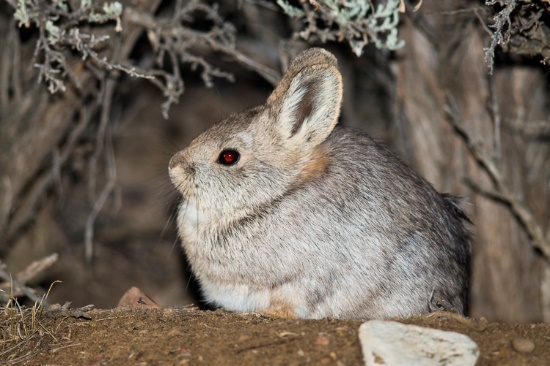