It’s time for part 2 of my previous post. I will cover some of the interesting larger mammals that I’ve seen over the years. As before, I will include locations and dates to the best of my knowledge.

1. Bobcats at Webb Canyon Road in Claremont, CA. There was one adult with 3 kittens. A great sight to see! I do not recall the date.

2. Mountain Lion at Webb Canyon Road in Claremont, CA. I observed this awesome predator from a distance. I still regret not having my camera with me that day. My only sighting of this species. I do not recall the date.

3. Gray Fox at the Boyce Thompson Arboretum in Superior, AZ. This small canid was pointed out to me by my Mom in a stand of sycamores towards the east side of the arboretum. It slinked away after a few moments. I have also seen this species a few times at Camp Trask in Monrovia, CA. (January 2016)

4. Island Fox at Cherry Cove, Catalina Island, CA. There were several of these endangered canids sneaking around our campsite and trying to get into our food. (August 2013) 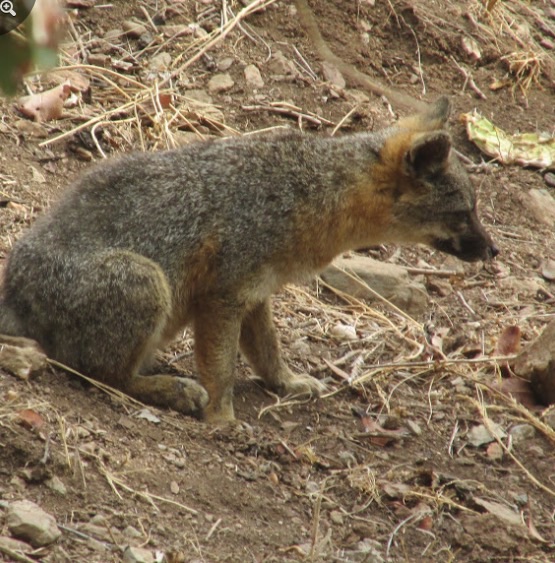 5. Black Bear at Camp Trask in Monrovia, CA. I have actually seen different bears here twice. It’s a little unnerving to find one a stone’s throw from your tent right when you wake up! Oftentimes, the camp staff has to chase them away because they tend to get into trouble. I do not recall the dates.

6. Striped Skunk at Webb Canyon Road in Claremont, CA. I watched a young individual as it retreated into a burrow. I have also seen this species at the Agua Fria National Monument in Yavapai county, AZ. (November 2013)

7. California Sea Lions between San Pedro Bay, Long Beach, CA and Catalina Island. I’m not sure how far out I was on the ocean, but I did notice good numbers of these pinnipeds on the buoys. (August 2013)

8. Northern Elephant Seals at Elephant Seal Vista Point, near San Luis Obispo, CA. This is a famous spot for this species and an absolute must visit for any mammal watcher who’s traveling through California. The views are spectacular. (August 2013)

9. Harbor Seals at Cherry Cove, Catalina Island, CA. I saw a few while kayaking in the bay. (August 2013)

10. Burros southwest of Anthem, AZ. Although not native, they are interesting to see. There are a few color forms here. (September 2014)

11. Collared Peccary at North Ironhorse Way, Anthem, AZ. I saw good numbers at this location and on the nearby golf course on and off throughout much of the year. (September 2014)

13. Bighorn Sheep at Icehouse Canyon in Mount Baldy, CA. At least 2 were briefly seen as they ran across the timberline above us. (June 2013) 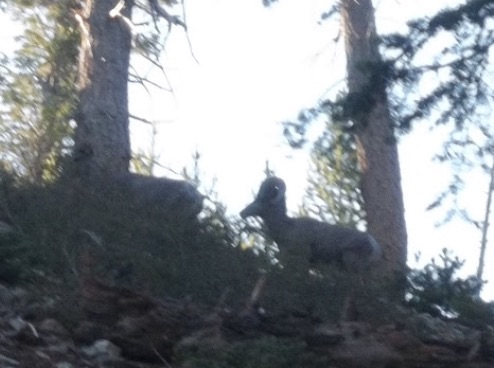 14. Elk at Jumbo Pasture, Coconino county, AZ. Apart from the 5 individuals I observed, there were hundreds of tracks around the stock tank. A good location to stake out for photo opportunities. Other locations include Mather Point, Grand Canyon, AZ.  (May 2015) 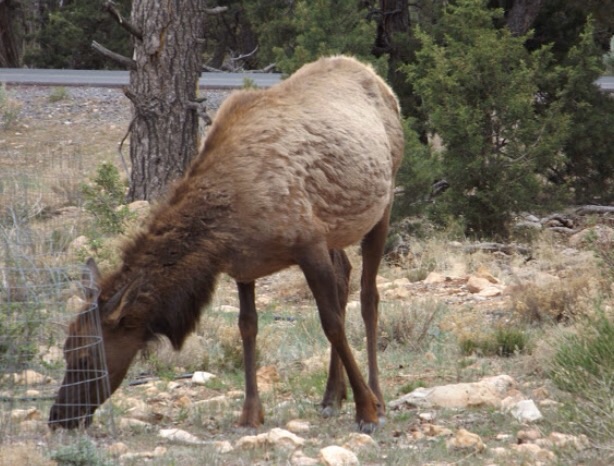 15. Mule Deer at Webb Canyon Road in Claremont, CA. I used to see these year round and quite often at this location. Other personal top locations for this species include Camp Trask in Monrovia, CA and Cherry Cove, Catalina Island, CA. (August 2013) 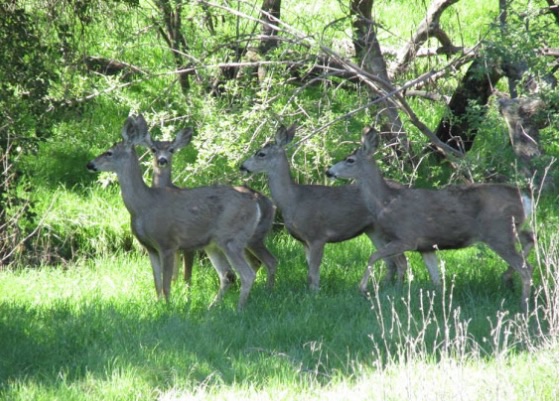 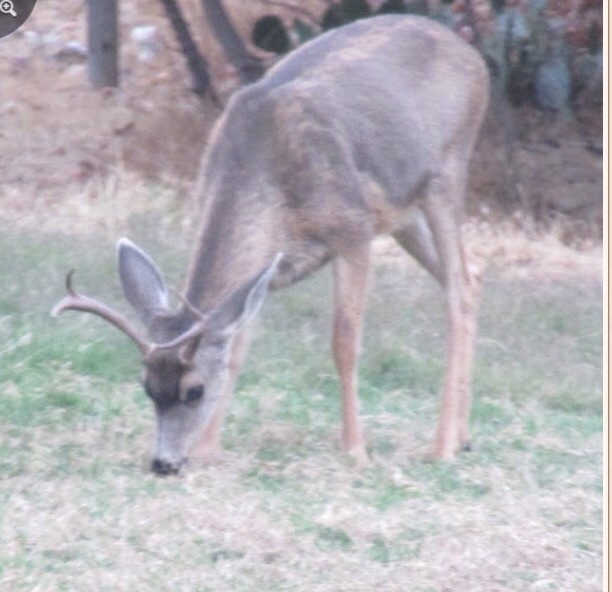 16. White-tailed Deer at Mount Lemmon in Tucson, AZ. It was observed briefly as we drove down the mountain. (June 2015)

17.  Pronghorn along the I-40 in the Kaibab National Forest near Williams, AZ.  There were a few at that location.  There is also a lot of good habitat at the Agua Fria National Mounument in Yavapai county, AZ.  (May 2014) 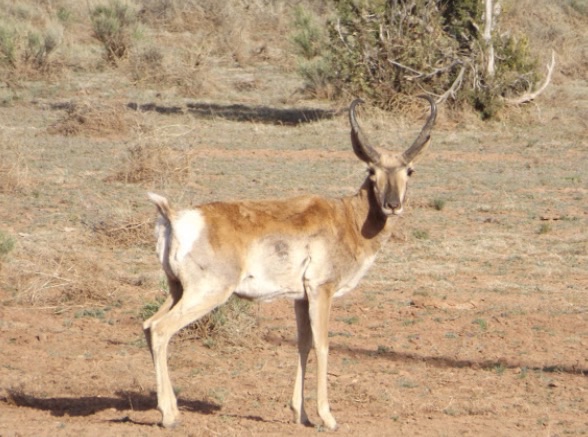 18.  Common Bottlenose Dolphins at Newport Beach, CA.  Our family observed them on Super Bowl Sunday of 2011.  There were no people out on the beach that day, so the Dolphins felt comfortable in feeding close to the shore.  We were able to witness their impressive acrobatics as they hunted.

19.  Short-finned Pilot Whales between San Pedro Bay, Long Beach, CA and Catalina Island.  A crew member pointed out a small pod that was heading west.  These were the only whales I have ever seen.  (August 2013)