A few weeks ago I bought 3 “humane mole traps” from Fixman (UK) via buysend.com. They are basically pieces of pipe with free-hanging doors at both ends, and cost US$3.50 each, so I got them for $16 with delivery – not bad. They are about 4 cm in diameter, probably too small for Townsend’s mole, larger Mogera spp. and some golden moles, but should be OK for most moles, mole-voles and small mole-rats. I tested them in an area of very high density of broad-footed moles in Chico and got 1 in 9 trap-nights in mid-May. Later the moles switched to deeper tunnels and I haven’t caught anything since. 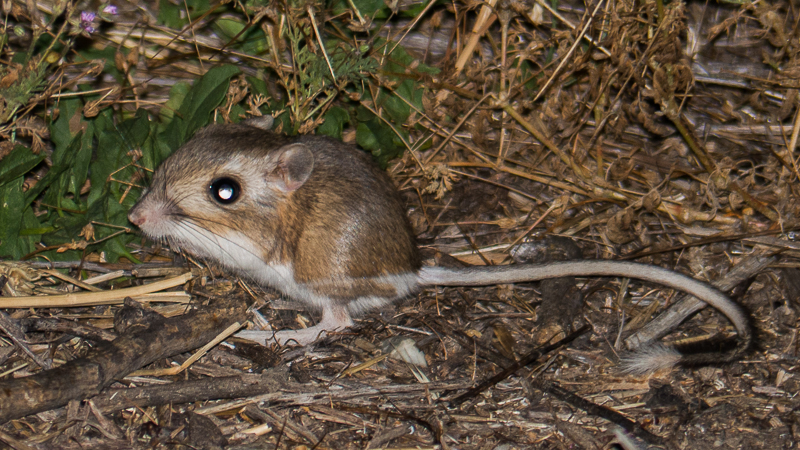 I spent 4 hours Saturday night spotlighting by car in Central Valley grasslands west of I-5 between Willows and Orland (Northern California). There is a population explosion of California kangaroo rats; I saw dozens, particularly along Co. Rd. 35 past the end of pavement. Just after the end of pavement there is a well-worn badger trail crossing the road; I saw a female badger with 3 cubs there. Also got a juvenile Central Valley red fox and a San Joaquin pocket mouse a few miles E of Fruto on Hwy 162.