I explored the vicinity of Colusa, California last night. Surprisingly, the loop drive in Colusa NWR is open at night (the gate is open and there’s no sign saying it’s closed); there were huge herds of black-tailed jackrabbits, many desert cottontails, mule deer, an ornate shrew (on the access road), a western harvest mouse (at the edge of the entrance parking lot), and a muskrat (along the western part of the loop, where it follows the canal). That part of the loop often has otters, but not this time. There were lots of bats, including western red bats and some myotis. 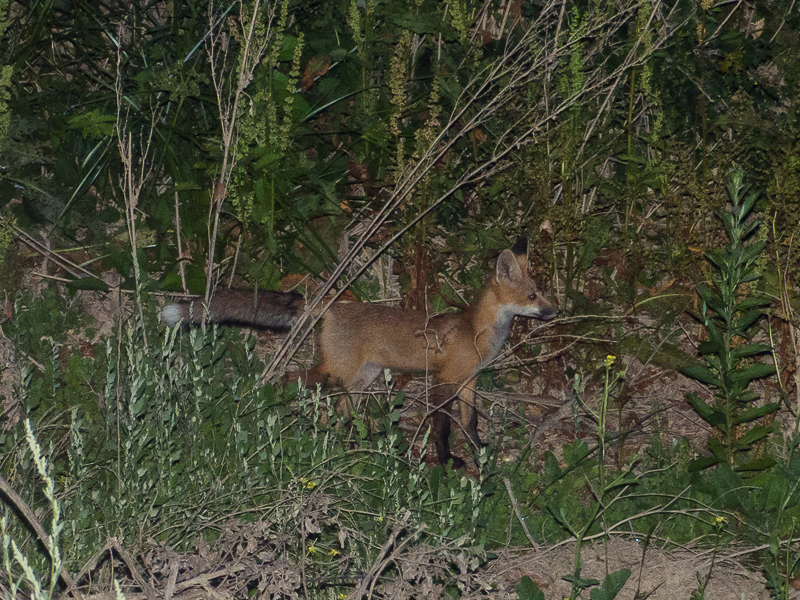 Venkat Sankar told me about a good place to see the recently described Sacramento Valley red fox just outside of Colusa. The foxes occur along the first 200 m of Roberts Rd. north of Levee Rd. intersection, and can be viewed from Roberts Rd. at dawn and at dusk. I saw a female with three cubs; the cubs are almost full-grown and will probably disperse in a few days, so if you want to see them, this weekend might be your last chance. Walk for 180-200 m along Roberts Rd. until you see a small building on the right (eastern) side, made of corrugated iron. The den is apparently somewhere near the building, because the foxes hang around it from the first light of dawn till sunset. The building has the door missing and can be used as a blind, but bring a chair or bucket to stand on: the window is a bit too high. If you have trouble locating the foxes, listen for scrub-jay alarm calls. Before dawn I walked for about 5 km (each way) on Roberts Rd. (it is gated at 400 m, so you can’t drive there). It borders the floodplain forest of Sacramento River and is great for spotlighting: I saw lots of raccoons and mule deer, a few striped skunks, two deer mice, a grey fox, a baby ringtail, and a Yuma myotis. 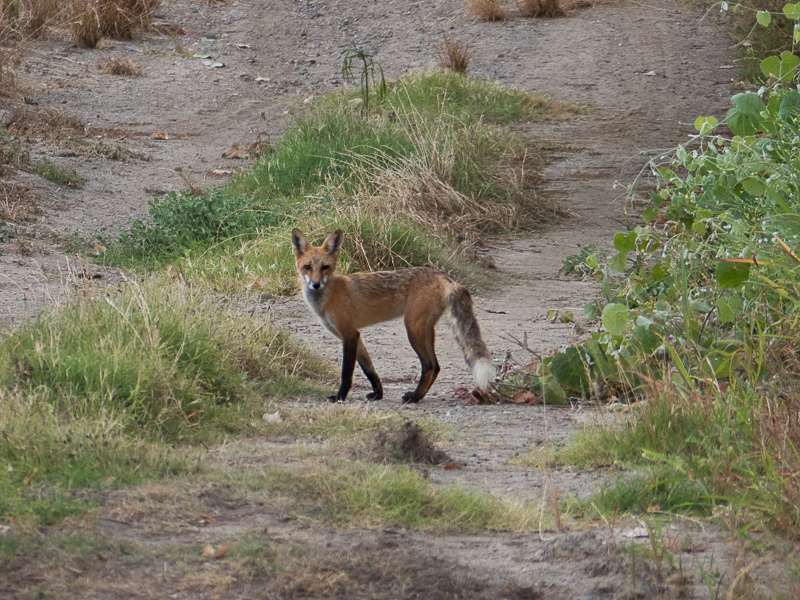 A total of 14 species in one night is probably the most you can get in Sacramento Valley.

P.S. Sorry for posting so much California stuff; you don’t have to suffer it for much longer as I’ll move out of state next week.