Although I’ve been to North Carolina several times I’ve only spent a weekend looking for mammals –  two days at sea on consecutive Cape Hatteras birdwatching pelagic trips in August 2016. The trip, organised by Brian Patterson. is well known among bird watchers and over the years has turned up some very good cetaceans. Most notably it is still – so far as know – the only place in the world where you have a reasonable shot of seeing Gervais Beaked Whales. Although this species is not necessarily rare (it strands relatively frequently on the east coast of the USA), it is very rarely encountered elsewhere.

My main goal for the weekend were Atlantic Spotted Dolphins, which seem to be recorded on about one in every three or four trips.  The species must be resident year round off of the Cape and the chances of seeing it probably relate more to the sea conditions than the season. In May 2016 I took a pelagic trip out of Ponce Inlet, Florida. They “nearly always” see Spotted Dolphins in the summer …. but not the day I went. To make matters worse, the guys on the boat were talking about the cetacean bonanza that the Hatteras trip was enjoying the same weekend: Spotted Dolphins, Gervais’ Beaked Whales and more.

My first day at sea off of Hatteras was full of coincidences. First off, I had a hunch I knew one of the other passengers and after an hour or two realised that I had last seen Peter Cartwright, a Brit, 18 years earlier looking for cetaceans on a Bay of Biscay trip. He’s a great man to have on a pelagic and as the day wore on it was clear his eyesight had not aged at all. I also met John Weigel on board, the Aussie birder who had just smashed the ABA’s Big Year record and was dedicating most of the next 6 months to trying to cement his record by getting lucky on pelagic trips. I had heard of John, but didn’t realise he was involved in the Australian Reptile Park, which I had visited less than a month earlier to meet John’s buddy Tim Faulkner, who had tried to track down some Feathertail Gliders for me and my kids. Its a a small world when you are interested in mammals.

As we headed out to the edge of the shelf I realised the only dry area on deck was the bowsprit. As soon as I moved onto it, Kate Sutherland (who might just be the friendliest and most knowledgeable pelagic guide I have ever met) saw dolphins coming into the bow and I had stunning looks at a small pod of Atlantic Spotted Dolphins playing in the bow wake. Perfect views but imperfect photos. 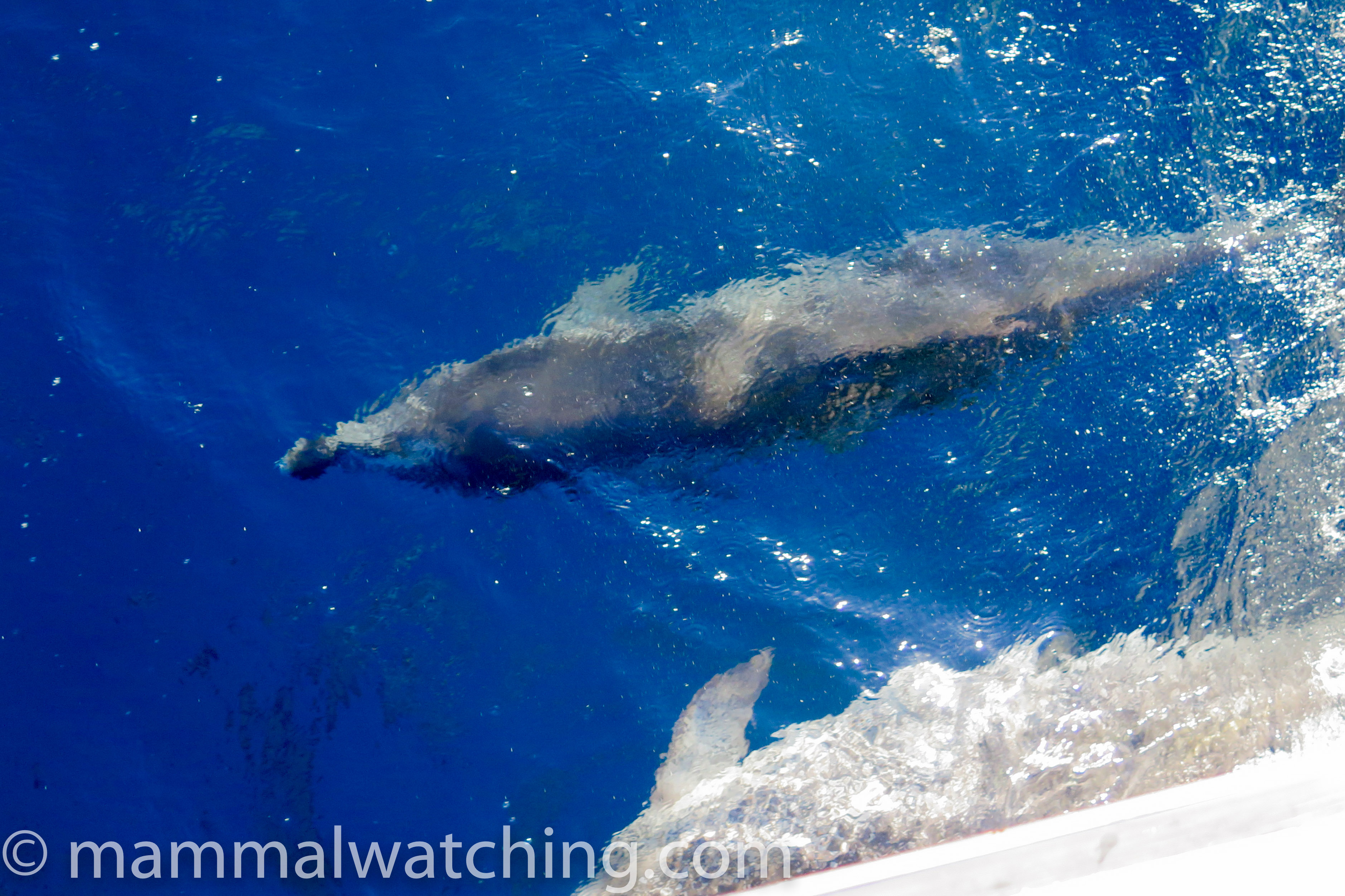 And a few seconds of video is here. Mission accomplished. I could relax.

But the day wasn’t over. The sea flattened off as we got out onto the shelf and when we were over about 1500 metres of water, Kate suggested we should keep our eyes peeled for Gervais’ Beaked Whales. Minutes later she spotted an animal at the surface and we had good – good for beaked whales at least – views of a small pod of  animals at the surface for several minutes. 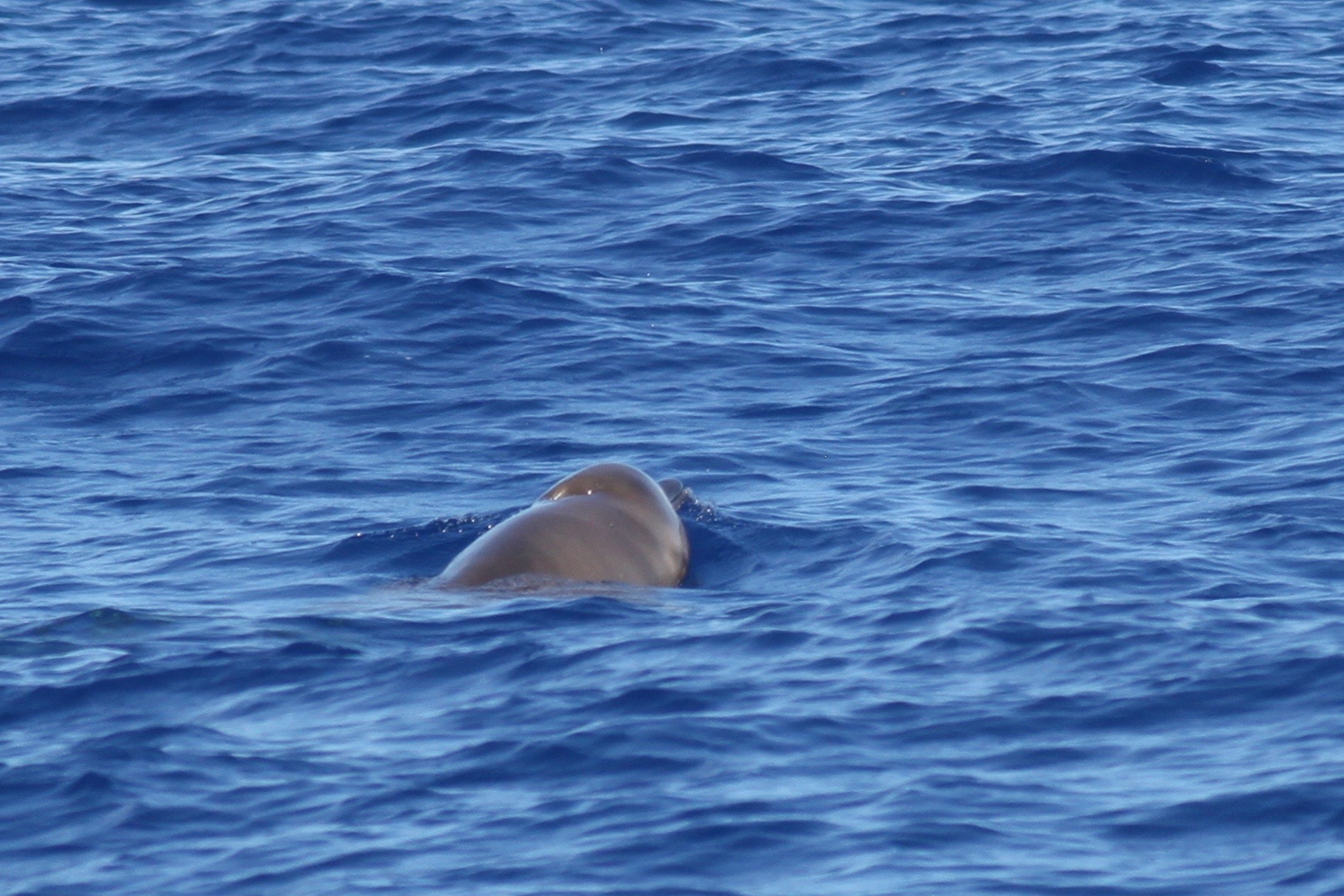 Gervais’ Beaked Whales can be extremely difficult to identify, especially without good photos of the protruding teeth of the male (the position of which are diagnostic). We didn’t see any males. But Kate and Brian are now so familiar with this species – and the “tiger striping” of the females (clearly visible in the photos) that they were certain these mesoplodons were Gervais’ Beaked Whale (Mesoplodon europaeus). No one knows this species as well as they do. 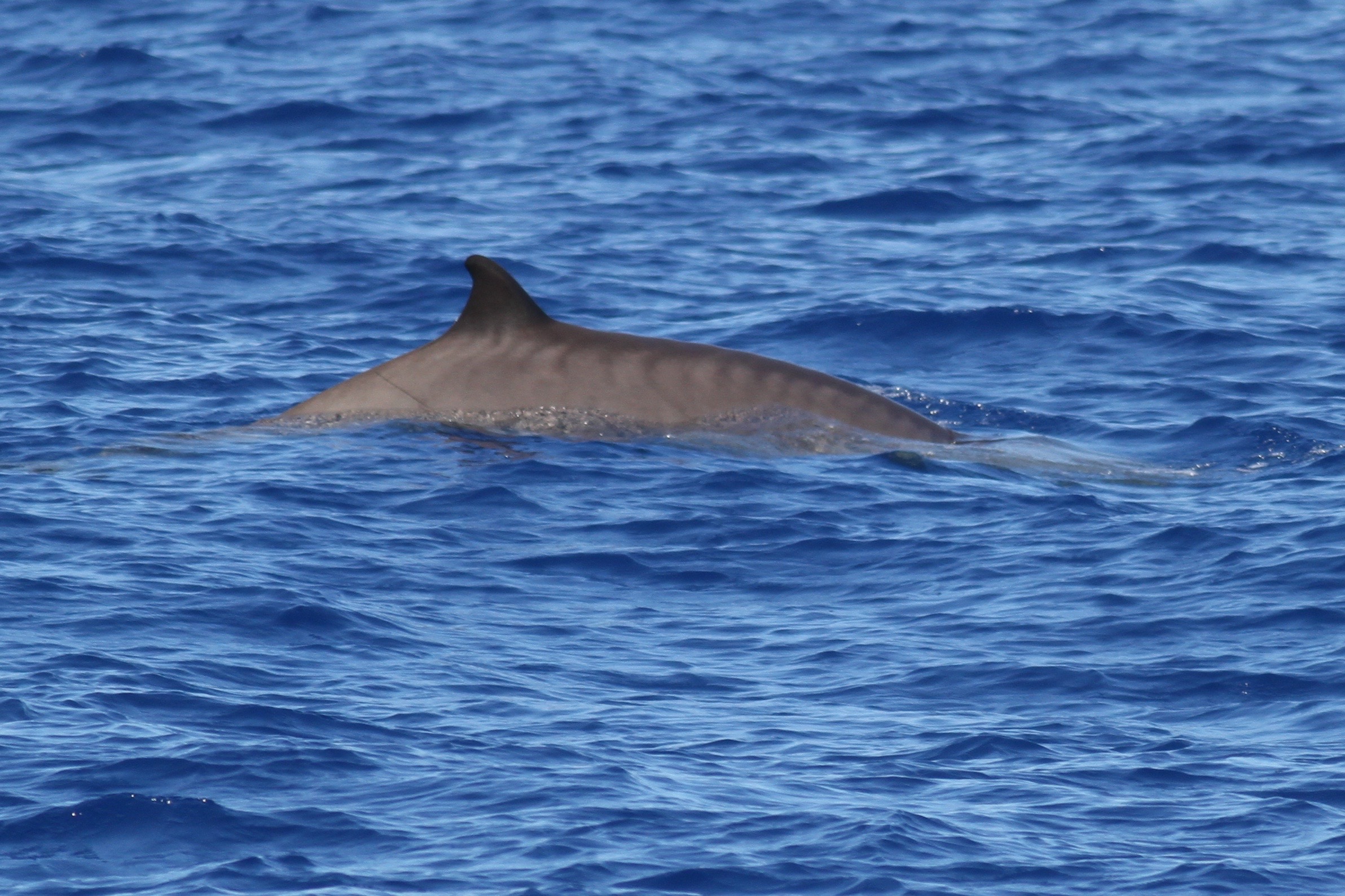 High fives all round. I’d only ever seen beaked whales once before: during a day in the Bay of Biscay where I’d had both Northern Bottlenosed and Cuvier’s Beaked Whales. And that was the last time I had been at sea with Peter Cartwright. Clearly he is the man to go beaked whale watching with.

But perhaps the strangest of the day’s three coincidences was still to come. Kate could see how ecstatic I was about the whales and told me that another cetacean fan had come out in May and had been equally enthusiastic to see the Gervais’s. His name  – Adam Walleyn – was familiar but I couldn’t place it. As we were heading back to land I checked my email and had a message from … Adam Walleyn. He had last written to me several years earlier. His message, of course, was about the seeing Gervais’s on the Hatteras trip in May. What are the odds….? See his report here.

A great day at sea. The next day I went out again. Conditions seemed as good, if not better, for whale watching but we saw no cetaceans at all. 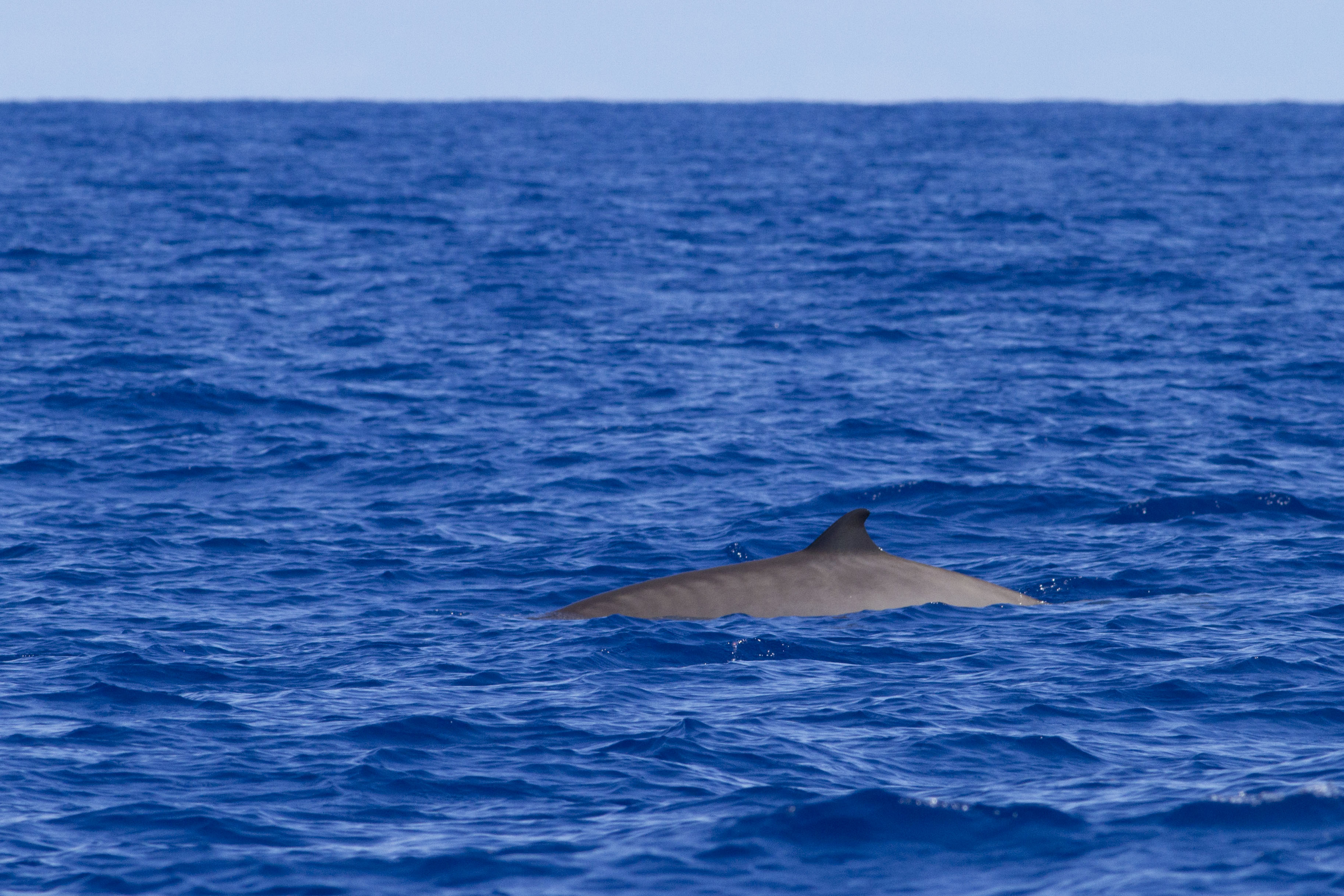