Chasing Squirrels and Chipmunks in the Rockies and Beyond 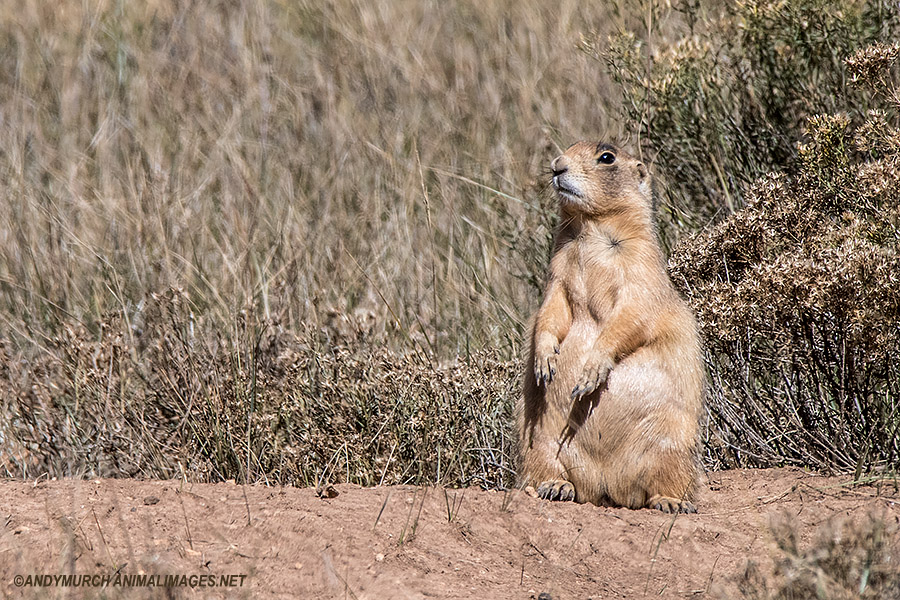 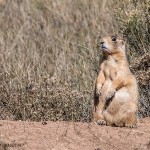 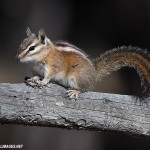 New on the site and soaking up the info. What a great resource!

Photographed the usual suspects in Yellowstone i.e. bison, pronghorns, bighorn sheep, cinnamon black bears, telescopically distant wolves and surprisingly friendly coyotes. One coyote was particularly desensitized to humans and let me snap away while he hunted, posed and pounced upon unsuspecting rodents. 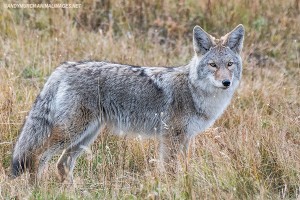 But I digress. On this trip, we (my girlfriend and I) were on a mission to bag as many squirrels and their kin as we could find.

Being October, it was a bit late for marmots. Thats ok because we have designated 2017 as ‘the year of the marmot’ so we wandered the forests looking for their smaller cousins. We found two in Yellowstone. The first was likely a Least Chipmunk as they are very common there and it fits the profile. I am – of course – open to suggestion: 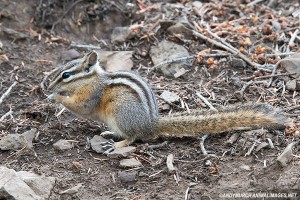 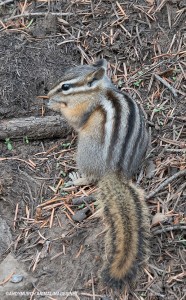 The second chippy (below) was rather pale for a Least but I guess it could have been just a very pale winter coat. Any offers? FYI, thats not my apple! 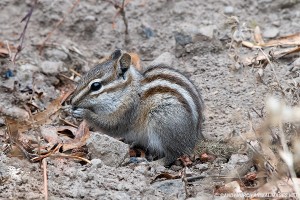 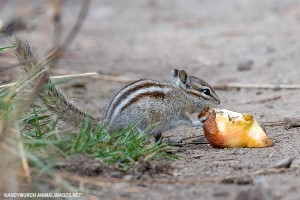 After a few days, the first snow fall arrived so we slipped down to Grand Teton but it was freezing there too and we headed for the deserts of Utah but not before nailing a moose or two 🙂 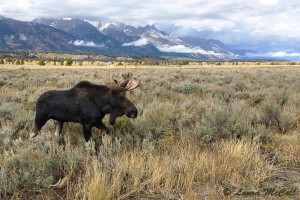 Next stop Arches National Park. Pretty sure this chipmunk is a hopi: 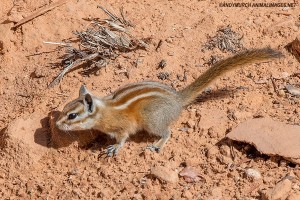 That was the only mammal we saw in the entire park so we continued south to Bryce Canyon. There we found some nice colonies of Utah prairie dogs but the ‘stay on the path’ rules are quite strict so I couldn’t get very close. 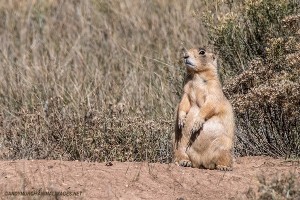 The Uinta chipmunks on the other hand, were more than happy to pose in the trees around the main lodge: 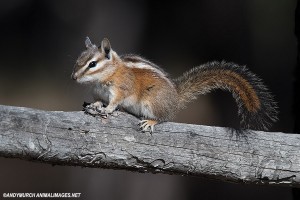 Other than mule deer, that was it for Bryce. Next stop, the Grand Canyon. On the way there, we stopped at a rest stop near Silent City and found a white-tailed antelope squirrel foraging in the scrub. 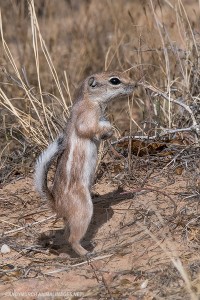 While I was stalking the squirrel, I looked down at an erupting gopher hole and lo and behold, up popped a head. I have no idea if you can ID a gopher just by his head, but if you can, I’d appreciate some help: 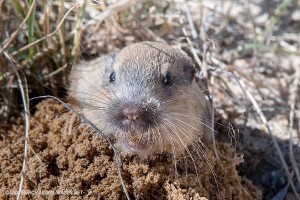 Onward to the Grand Canyon… Just after dawn there quite a few cliff(?) chipmunks out foraging along the south rim. They were shy but I managed to sneak up on one. By the time the bulk of the tourists arrived, most of these were long gone. 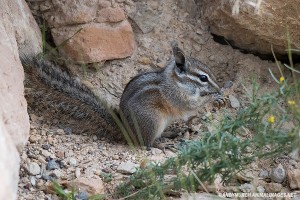 Conversely, the rock squirrels didn’t bother getting up until the free handouts were available. There is a rock where kids clamber around, a five minute walk east of the main information centre. It is covered in completely tame rock squirrels that would rather have a cheesy than go foraging for pine cones. Rather sad to see but I still snapped away. 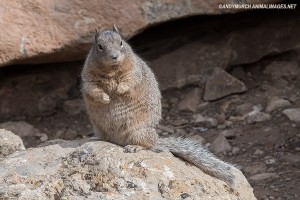 That evening, I popped the question to Laura (my girlfriend). She said yes so next year’s marmot trip should be even more fun 🙂 It must have been all the squirrels <3

The next morning we decided it was time to warm up so we drove down to Saguaro National Park near Tucson. Spent the night fruitlessly trying to photograph packrats but although we found lots of nests, we only saw a tail of one hiding in a big cactus.

The next morning we staked out a sunny spot in the park and were rewarded by lots of harris’ antelope squirrels warming up on the rocks: 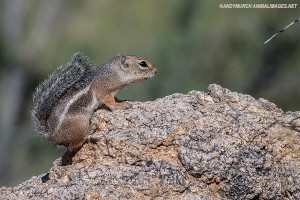 One smallish dark coyote ran across the trail – clearly a different subspecies to the ones we saw earlier in the trip – but it was long gone before I raised my camera. That was it apart from all the lizards but I’ll save those for reptilewatchingdotcom.

Next up, Joshua tree – one of my favourite spots to camp. Bumped into a few more white-tailed antelope squirrels and some California ground squirrels: 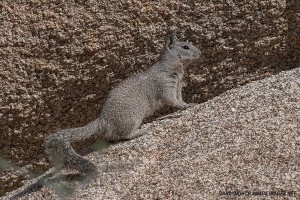 The highlight of Joshua Tree was a Merriams(?) kangaroo rat that kept scurrying around our fire pit. It darted away from any strong light sources so I made an improvised red filter for my modelling light and then it was fairly easy to track. 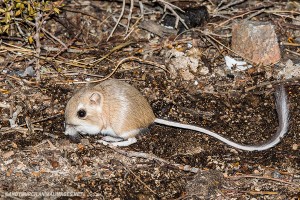 After this we went to sea for a week (my job) and then raced back north. On the way we stopped at Redwoods N.P. and were surprised to not find any squirrels at all. Lots of elk but no rodents. I’m sure they are there in abundance but perhaps it was a bit late in the season or maybe we were just looking the wrong way.

Our final stop was Mount St Helens. It was bitterly cold up around the crater but down in the valley at 4000ft there were still quite a few chipmunks on the prowl for some winter stores. I am not sure which and would appreciate some help with these ones (both shots same animal): 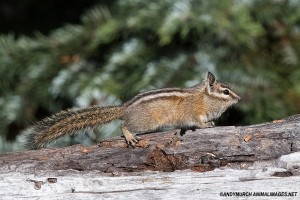 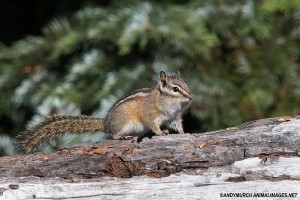 Then home to our Eastern red squirrels in Victoria, BC. It was a great trip in so many ways!