This winter I went on a family vacation to Kenya for nine days in over the Winter Holidays. Time constraints and budgets prohibited me from exploring the more famous national parks such as Masai Mara or Amboseli. However, I still got to do some quality mammal-watching in Hell’s Gate National Park and the Arabuko-Sokoke Forest. I saw twenty mammal species in all (though my two squirrel ID’s are not 100% certain). None were particularly rare, though it was exciting to see the endemic Golden-Rumped Elephant Shrews.

Undoubtedly the best way to see mammal’s in Kenya is a large organized saffari in a park such as Masai Mara. However, for those put off by the cost of such an expedition, there are alternatives. From Nairobi it is only a 2.5 hour drive to Hell’s Gate National Park. Hiring a car and driver for the day only costed us about 160 USD, which was far less than we would have payed for admission and safari at Nairobi National Park. Alternatively, one could take a Matatu (minibus) from Nairobi city center for only about 10-20 USD round trip and explore the park on foot or rented mountain bike. Hell’s Gate is also close enough to Lake Naivasha to visit both in the same day. From Nairobi it is a short flight or eight hour bus/car ride to Mombassa, the starting place for any exploration of the coastal region. Alternatively, there is a recently re-opened train that runs twice a week from Nairobi to Mombasa. It is an 18 hour night train but apparently passes through Nairobi National and Tsavo during daylight hours allowing for excellent wildlife watching. The highway also runs through the park. From Mombasa, it is an easy 2-3 hour drive by bus or car to Arabuko-Sokoke. For those interested in exploring the park I highly recommend staying at Mida Ecocamp. It is a community run hostel that provides scholarship for local children. And Golden-Rumped Elephant Shrews can be seen on-site in the early morning! They have great contacts with the local guides, which is essential for exploring the forest. Overall, Kenya fully meets its excellent mammal-watching reputation, even for budget travelers. 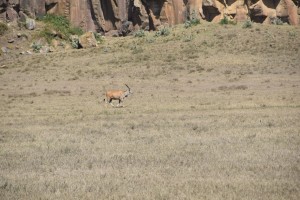 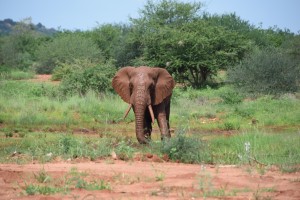 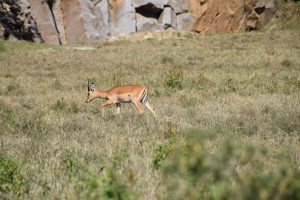 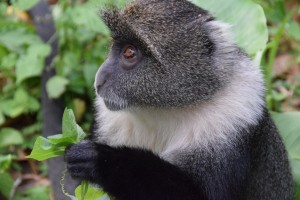 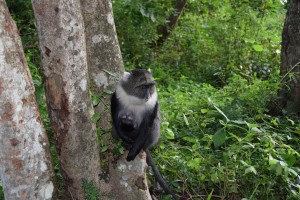 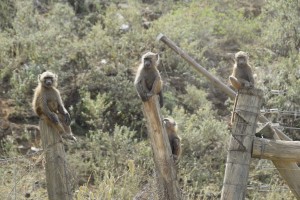