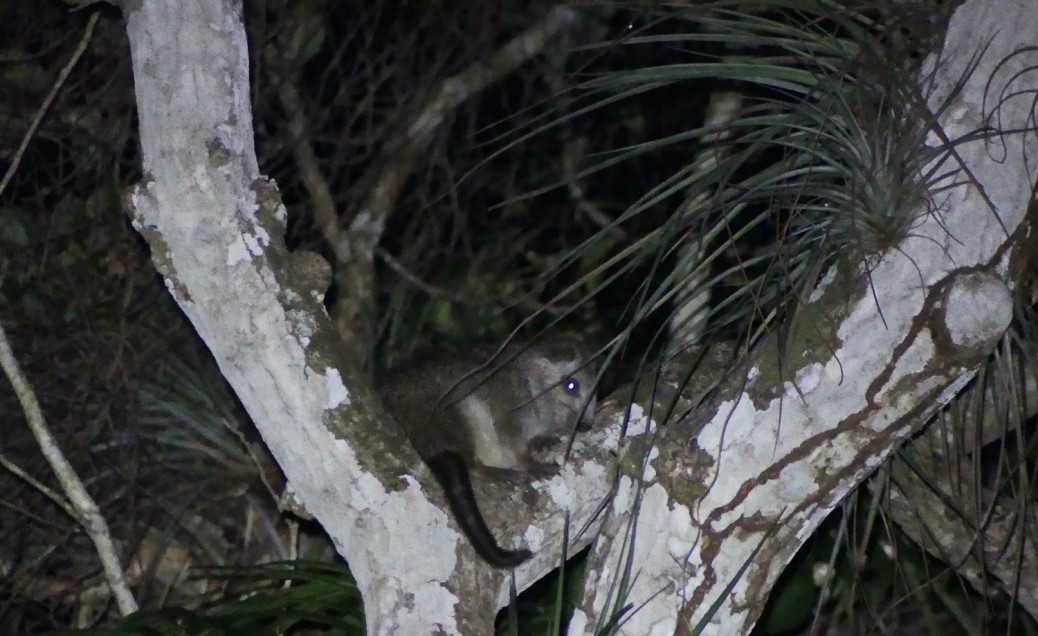 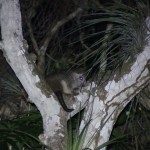 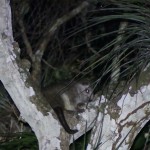 In February I was in Cuba, traveling with public transport and a friend. We looked mostly for birds, but managed to find some mammals as well.

Hutias: We searched for Hutias in Playa Larga, Santa Domingo (Sierra Maestra) and Soroa. In the first two places people always told us it is very difficult to find Hutias, and more or less in the same sentence how delicious they are… They are usually hunted with the help of dogs. In Santa Domingo, the dogs locate the trees where hutias spend the day sleeping in the Bromelia, climb the tree and in progress hit all Bromelia off the tree until they find the animal(s).

In Soroa there seems to be no hunting, also the people were more positive about our chances to find Hutias, and the trail is perfect for spotlighting, it is paved all the way, so you don’t have to watch your step and can be almost silent.
The first night we finally found a Prehensile-tailed Hutia. We started spotlighting at the lower entrance of the waterfall-trail (22.789708, -83.005039) and walked to the upper (22.789708, -83.005039). The hutia we had a bit further away, after the entrance of the Orquideario where the road turns. 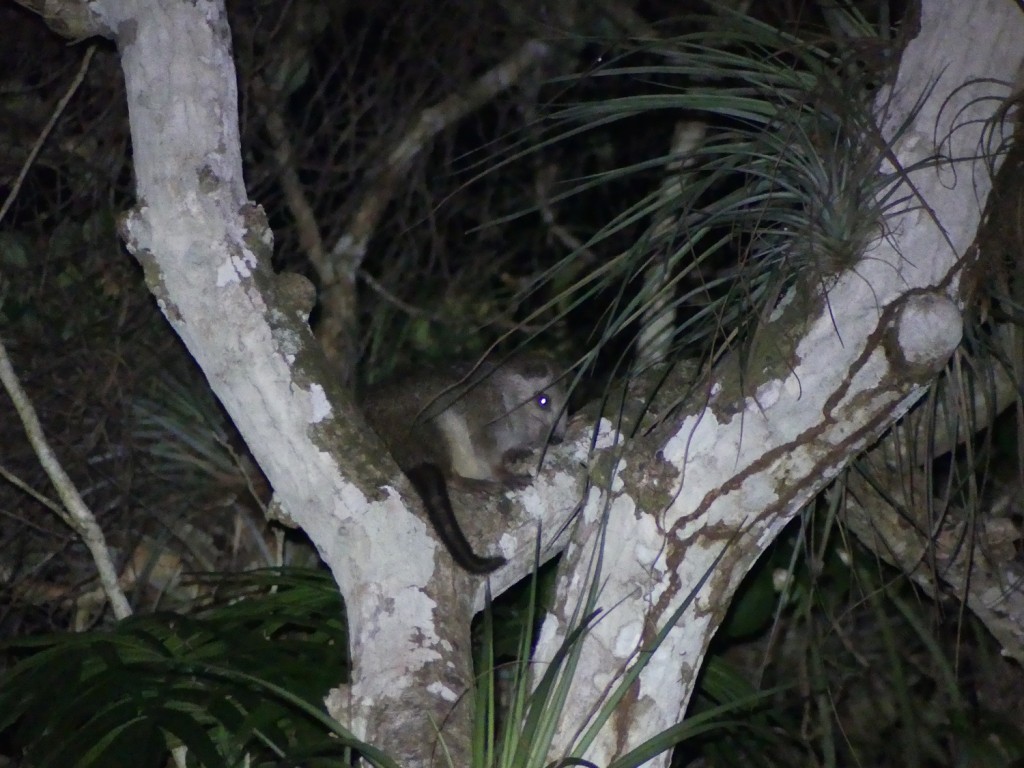 In the second night, we did only the waterfall-trail. After just a few minutes we had two very charming Prehensile-tailed Hutias high in the trees. On the same trail we then surprised a Desmarest Hutias! Like the Prehensile-tailed, this Hutia omitted warning calls, something like a continuous, very high suiii suiii suiii. We heard this sound 1-2 times again, so maybe more Hutias…
Beside the pictures, Demian made a small video that I uploaded to youtube. Especially intersting are the alarm calls towards the end.

Other Rodents: In Soroa, there was a house mouse in the casa particulare, and in Santa Domingo and Soroa there were several rats while spotlighting, as far as I know they should all be Rattus rattus, have a look:
First one from Santa Domingo, second one from Soroa. 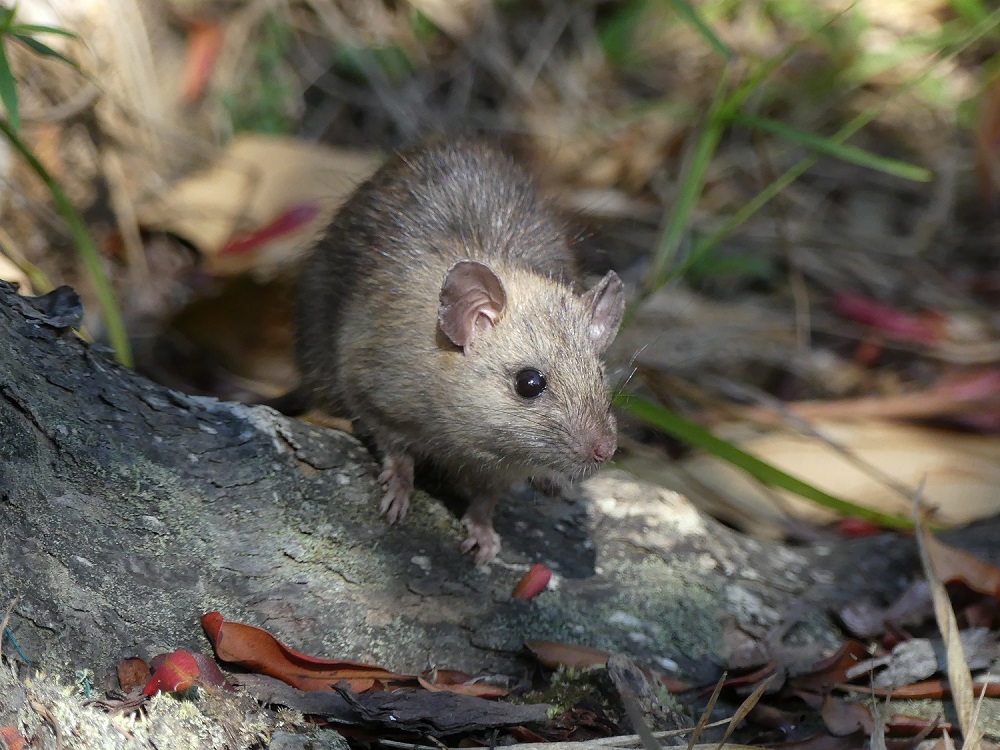 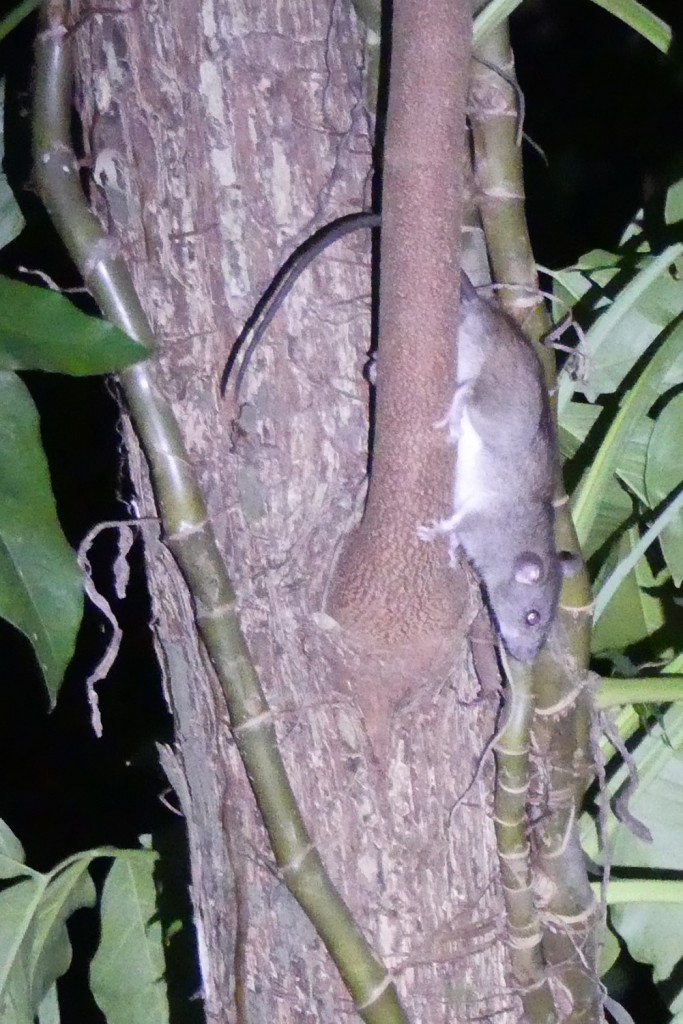 Bats: With public transport, it is difficult to get close to the bat caves that we found in previous trip reports and our Spanish is not good enough to ask around. As a consequence, we only once managed to find more than the omnipresent Jamaican Fruit Bat: In Cueva de la Vaca near Viñales (22.626624, -83.716338).
In Soroa, we had a big, reddish bat flying a few times low over the water, seemingly picking up things with its feet, possibly a Greater Bulldog Bat Noctilio leporinus? Unfortunately, we did not manage pictures, and it did not return… 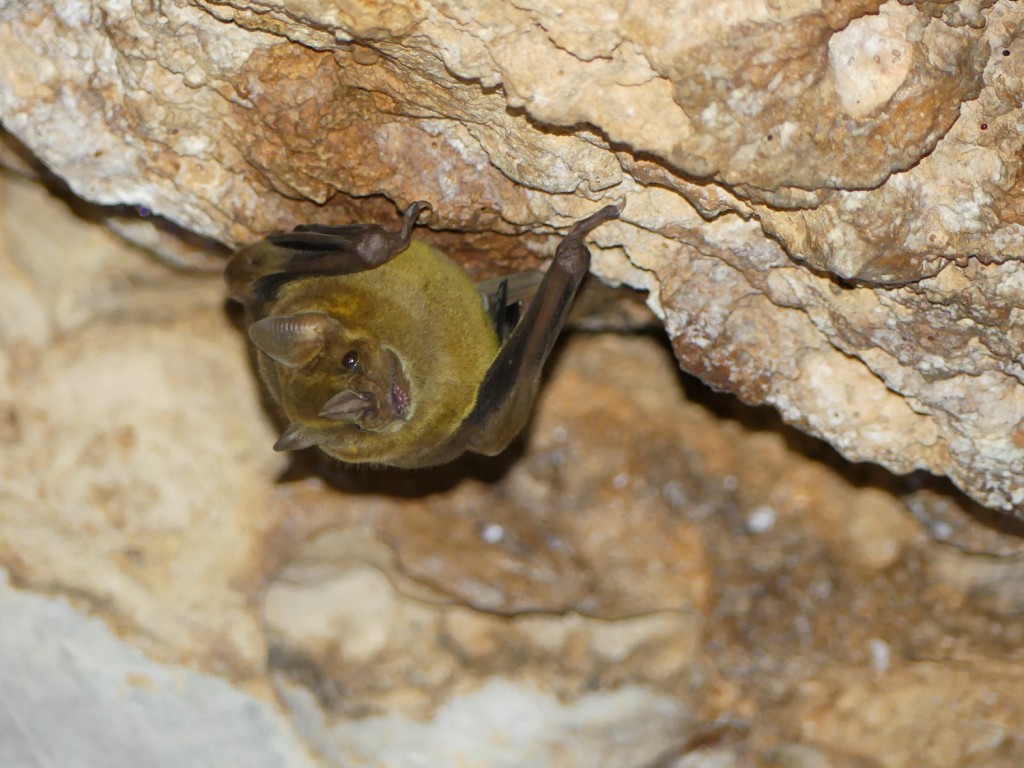 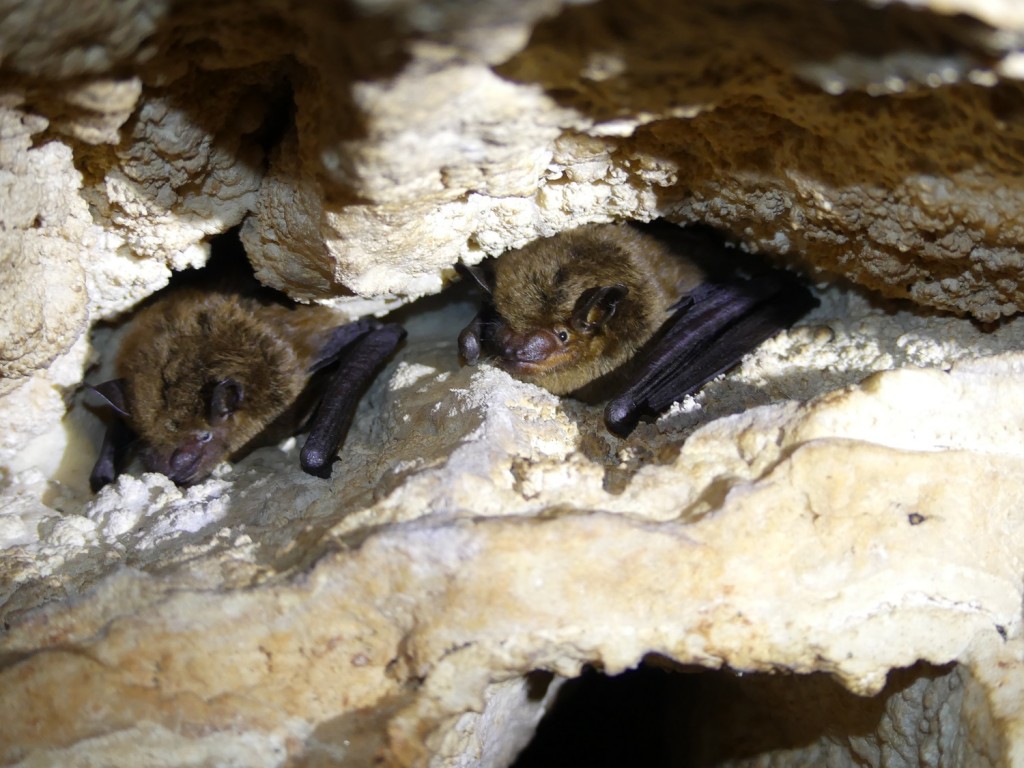 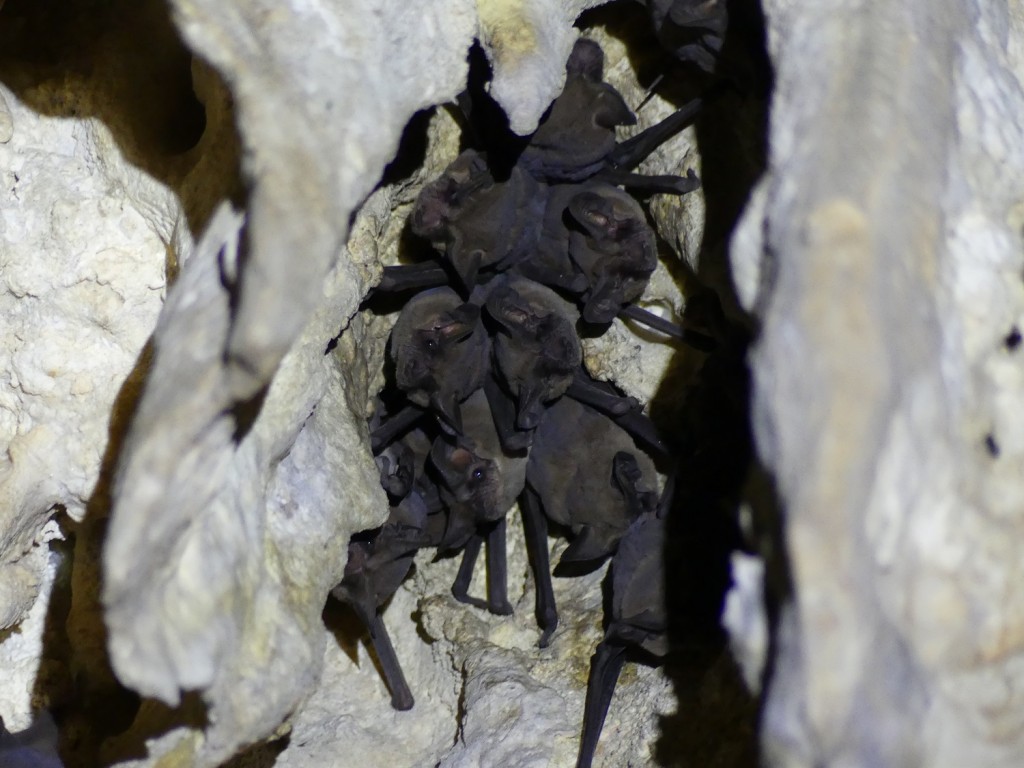 I hope you agree with our bat identifications, otherwise feel free to correct! The two latter might be candidates for a future split…

In a few days we will upload the full trip report to cloudbirders, you will find (almost) all information there as well and much more!
All pictures are by Demian Hiss.