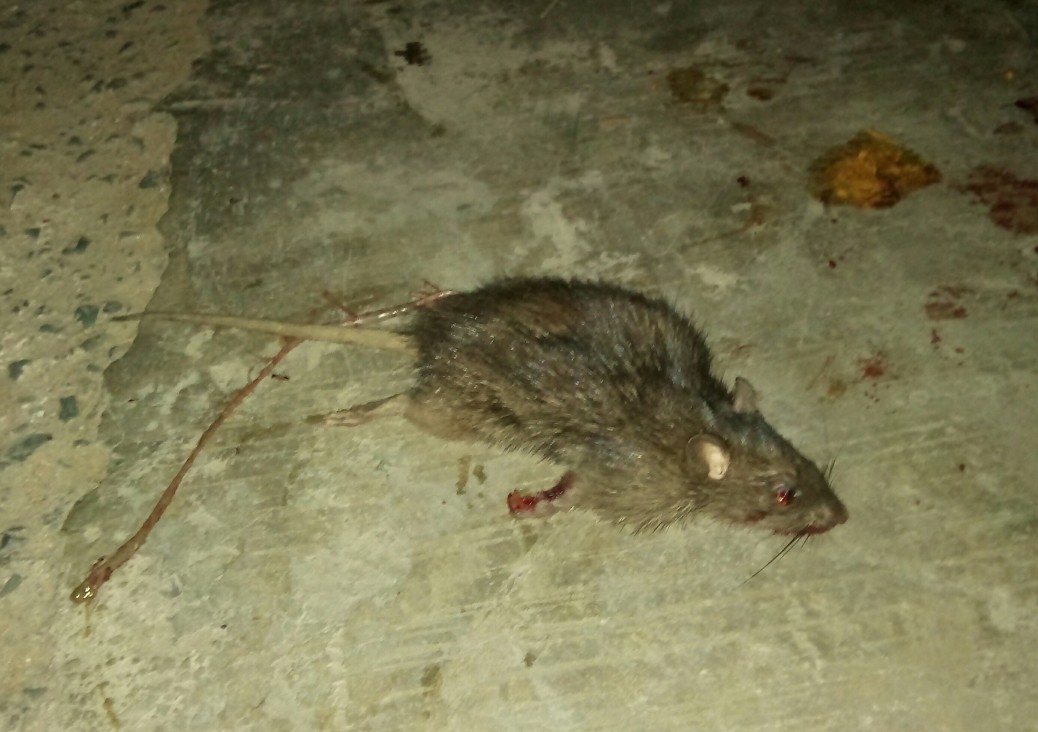 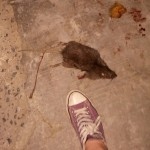 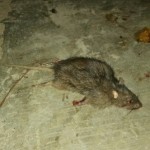 I’m after thoughts on this splatted rat from near Khao Lak. Based on size and other features I identified it as Greater Bandicoot Rat (Bandicota indica) in the field (before it’s unfortunate encounter with a car!). Only after the event did I realise it’s well out of range for that species, but not far from where Lesser (B. bengalensis) occurs as non-native. I reckon it would be at the upper end of the size range for that species (the shoe in shot is 32.5cm long), but there were a couple of less massive individuals seen as well. Is Lesser Bandicoot Rat a fair ID? The animals were commuting between fields/scrub and a rubber plantation (so the habitat sounds right), and were clearly bigger and shorter tailed than the unidentified Rattus (either Pacific of Malaysian Wood Rats) present in the same area