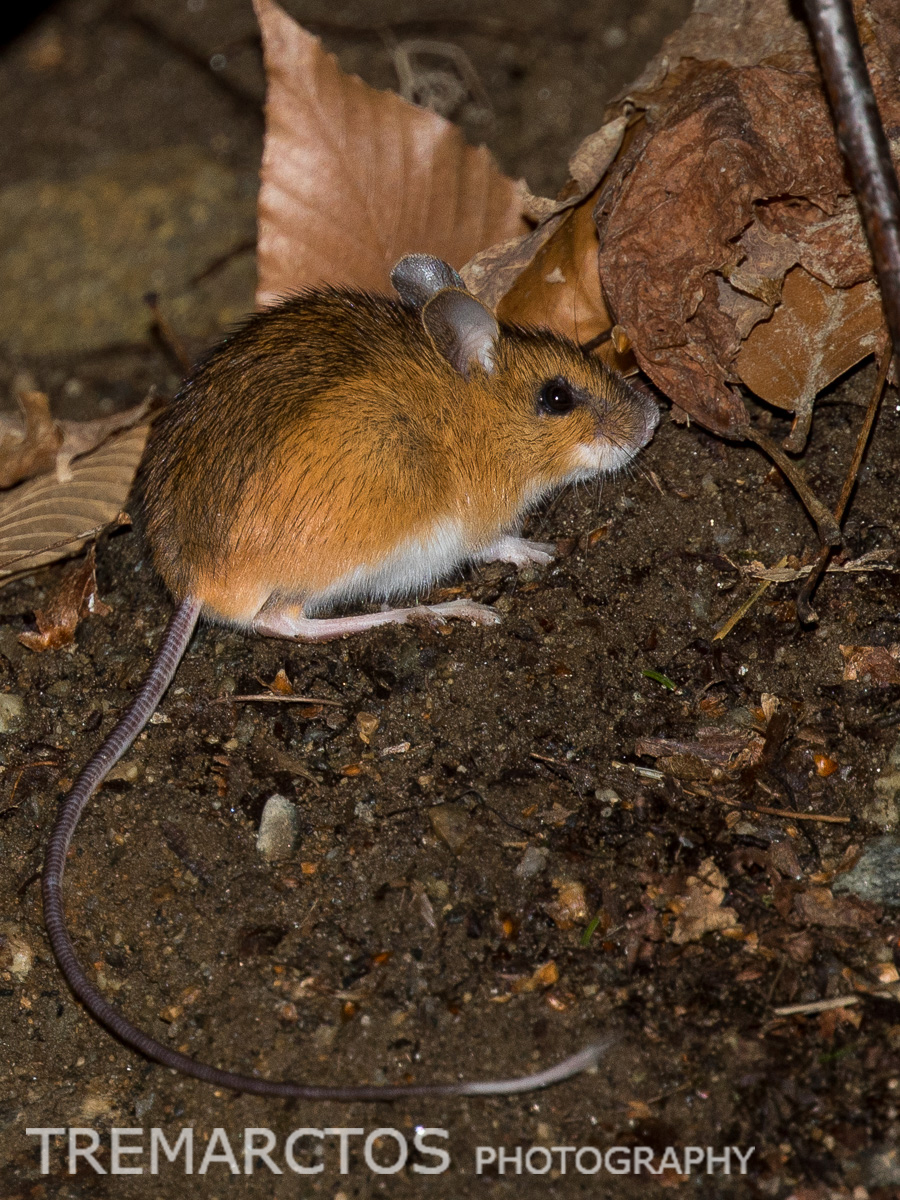 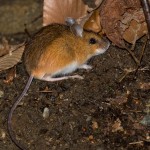 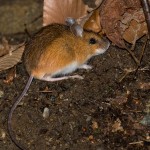 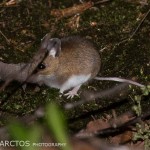 On May 11, 2018, Ben Schweinhart (who took the included photos), Kate Shulgina, and I spent an afternoon and night searching for mammals in New Hampshire’s White Mountains. Our main targets were Northern Flying Squirrel and Woodland Jumping Mouse, two species that might be more findable in this area than further south in Massachusetts. We first spent the afternoon hiking to Church Pond Bog where we hoped to find the flying squirrel in boreal Black Spruce-tamarack forest, but the habitat was too open, so we unsurprisingly struck out.

We continued to Hubbard Brook Road (the site of the famous Hubbard Brook Experiment on acid rain impacts), at lower elevation to the South (road entrance at: 43.942537, -71.701282). After an hour and half of effort, we eventually found  2 very confiding Woodland Jumping Mice, our main target here, which we watched and photographed at close range for more than 15 minutes, even observing a few phenomenal (~3 ft) hops. We found another very relaxed individual on the return drive as well. The forest is generally quite rich in mammals,  and we also observed large numbers of presumed North American Deer Mouse, two North American Porcupines, a brief Long-tailed Weasel, and a Snowshoe Hare. According the the forest’s (impressively complete) faunal inventory (link), other species in the area include Cinereus, Pygmy, and Northern Short-tailed Shrews, Southern Red-backed Vole, Moose, Black Bear, and Fisher (common along watersheds). Notably, we did not hear any flying squirrel vocalizations in this forest which suggests that Northern Flying Squirrel may be the primary species here. In our experience, Southern Flying Squirrel is far more vocal and almost always heard on night excursions in habitat.

At least this year, Woodland Jumping Mouse appears locally common so Hubbard Brook is a good place to find this beautiful rodent. We found most of the small rodents with a thermal scope, with the exception of the first pair of Woodland Jumping Mice.