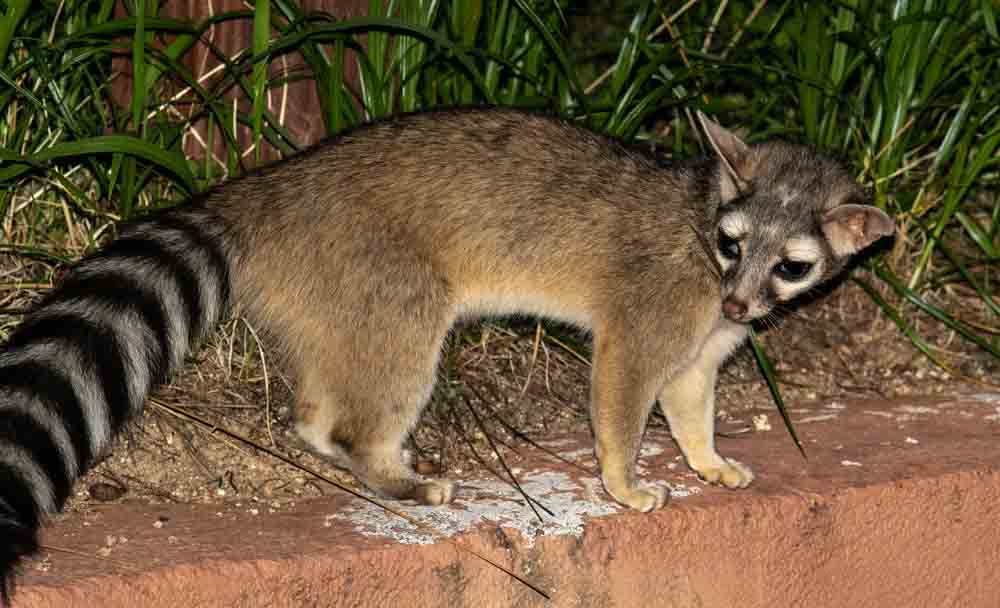 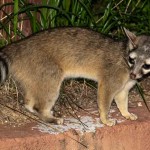 Just a quick update here on a site reported previously. As of late July 2018, ringtail continues to be seen nightly at Santa Rita Lodge, Madera Canyon, Southeastern Arizona. This year it is denning under the porch of unit 18, which is attached to the main office. It comes out around dusk, often does a quick tour of the yard / trees / roofs, and then goes on its way. Looks can be brief or fabulous, depending on your luck. I also had it at 0400 in oaks along the road uphill from the main lodge.

Other species on site include a solo white-nosed coati, usually seen daily (diurnal, crepuscular, and nocturnal, a real “feeder wrecker”), Mexican long-tongued bats at feeders (primarily in the hour just at first dark), occasional black bears, Arizona gray squirrels, rock squirrels, canyon bat, and Myotis “sp” (I broke my bat detector so have no guess which one). If on a budget (and if you get a space), there’s a Forest Service campground in walking distance of the lodge, and while the lodge takes in most feeders at night, they do leave one out for bats usually. 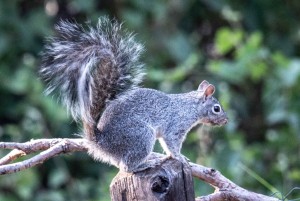 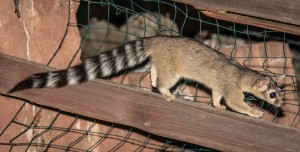 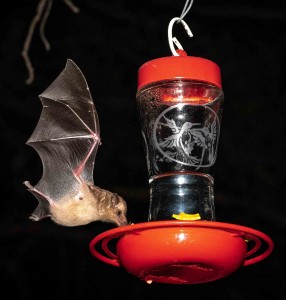