I recently was fortunate to spend a week from Central Queensland back to Melbourne with Rohan Clarke largely looking for wildlife with an emphasis on mammals. He had spent three weeks travelling up when I flew into meet him so will likely post a more comprehensive report.

Day 1: Flew into Mackay late afternoon and we spent an unsuccessful evening looking for Water Mouse in mangroves south of Mackay

Day 2: Birded around Mackay and Eungella then spotlit from Crediton State Forest to Broken River to Eungella Dam. Highlights of 5 glider species including Central Greater, Yellow-bellied, Squirrel and Broad-toed Feather-tailed Glider as well as Unadorned Rock-wallaby, Rufous Bettong and some nice bats.

Day 3: A bit of birding and exploring then a night spotlighting Homevale NP. Highlights of Rufous Bettong, Dingo, Squirrel Glider and some bats.

Day 4: Epic day! Had permission to enter Epping Forest NP to test some thermal gear. Highlights of Northern Hairy-nosed Wombat! And Spectacled Hare-wallaby as well as being in an awesome place!

Day 5: Could it get any better? Had also permission to visit Taunton NP for a couple of hours. Highlights of Bridled Nail-tailed Wallaby! as well as many Black-striped Wallaby as well as many other macropods. Spent the night at Blackdown Tablelands NP where spotlighting was not particularly successful.

Day 6: Time to head south. Dropped in at Tolderodden CP and camped the night at Cressbrook Dam. Highlights of Herbert’s Rock-wallaby

Day 7: Up early at Cressbrook Dam and Lake Perseverance before heading down to Girraween NP for a night of spotlighting. Highlights of Red Deer, Brush-tailed Rock-wallaby, Southern Greater Glider and some nice bats.

Day 8: Heading for home spending the night at Forbes. Got many good bat recordings during an evening of frogging at Gum Swamp near Forbes.

Herbert’s Rock-wallaby – 7 or so animals seen at and near Tolderodden Conseveration Park, Eidsvold

Unadorned Rock-wallaby – a half dozen or so at Eungella Dam 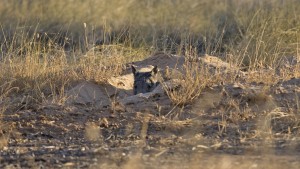 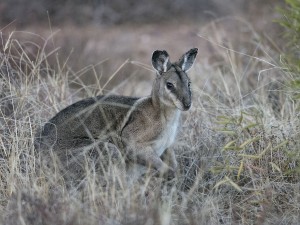 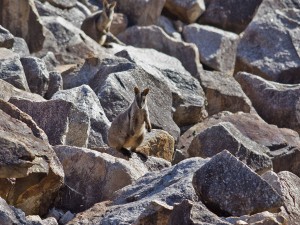 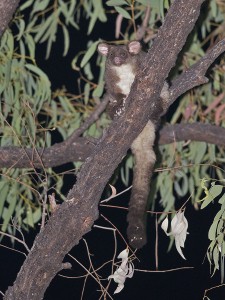 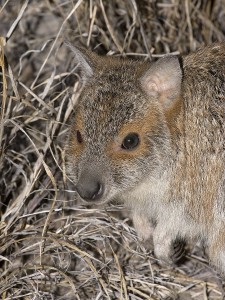 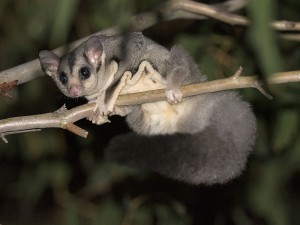 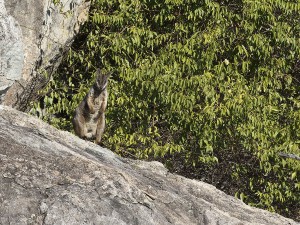