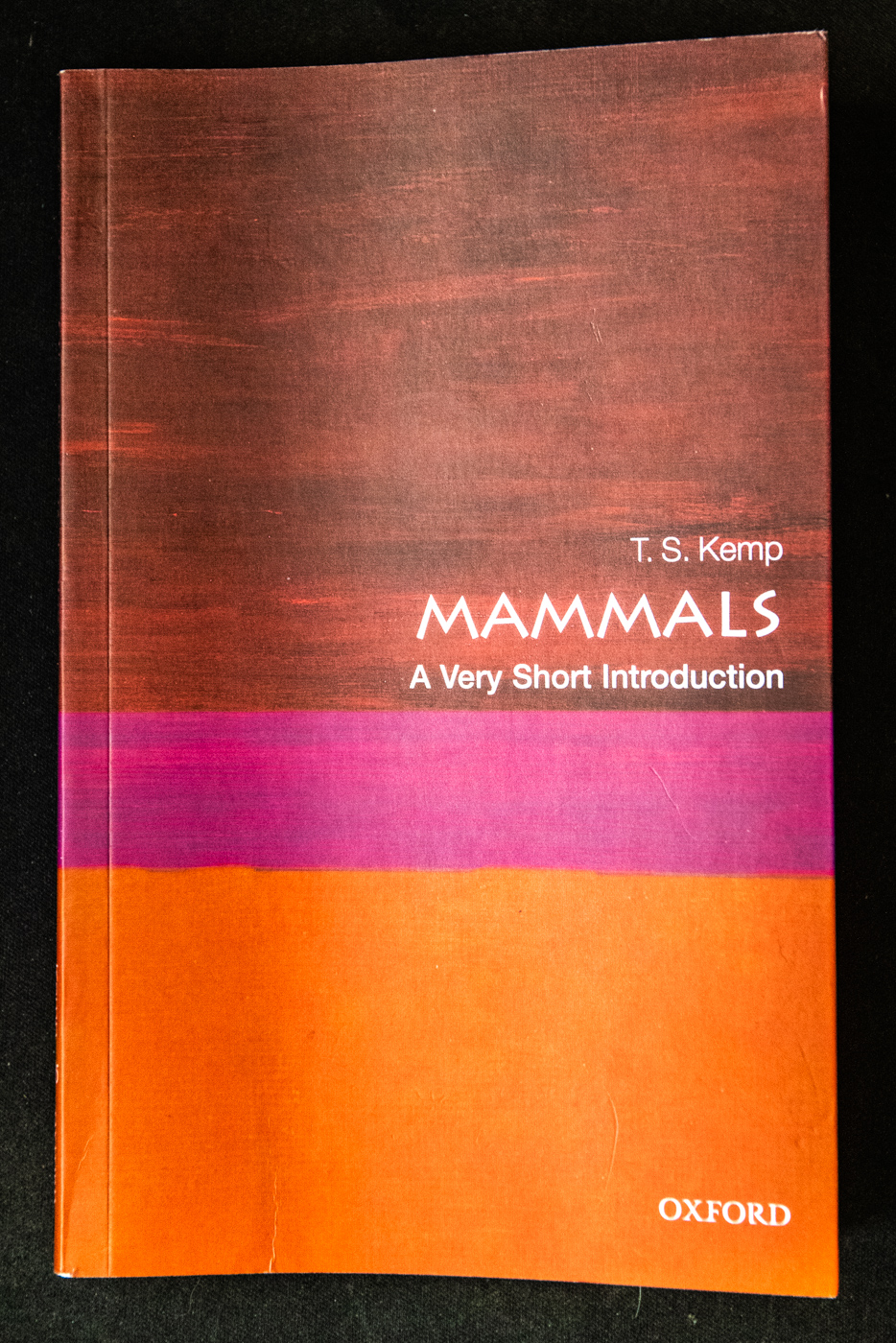 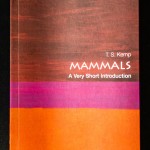 This Oxford University Press book from 2017 is exactly what the title promises: an academic but accessible introduction to the evolution, physiology, and taxonomy of mammals. Illustrated with 32 black and white drawings and photos, it has 11 chapters and a clear, unadorned prose style. In this approach it matches the larger series of which it is part; other “very short introductions” cover the Roman Empire, Feminism, Dreaming, and Particle Physics. There are 600+ titles so far, each published as a slim book about the size of a pocket notebook.

The author, T.S. Kemp, specializes in evolutionary paleontology, and for me, I found the two chapters on fossils the most useful, since for living groups (sirenians, for example) I am moderately well-informed. Throughout the book though there are curious facts and odd connections I was glad to pick up. Here are some from my review notes: zebras have between 20 to 40 visual displays (face, body language). Giant pandas shit 40 times a day. There once was a capybara as big as a rhino, while the first elephant was only 30 cm tall. A kangaroo rat’s urine can be 16x more concentrated than its blood. In terms of placement on the tree of life, tarsiers belong with the humans and apes, not the more primitive primates (galagos, lemurs), and for their body size, have the largest eyes of any land mammal.

Why is a mammal not a lizard? Compared to reptiles, “the mammalian elbow is turned backwards and the knee turned forwards, towards the body, so that the feet lie more or less underneath. The left and right feet are therefore quite close together and this makes a mammal less stable but correspondingly more agile, rather like a motorcycle compared to a car, making the mammal much more effective at activities like accelerating, turning sharply, and scrambling over rough terrain. A second effect of bringing the legs under the body is that it raises the ribcage above the ground and makes it easier for the animal to carry on breathing, whether stationary or moving.”

That sample passage either interests you or it doesn’t, so now you know if you want to see the rest of the book or not.