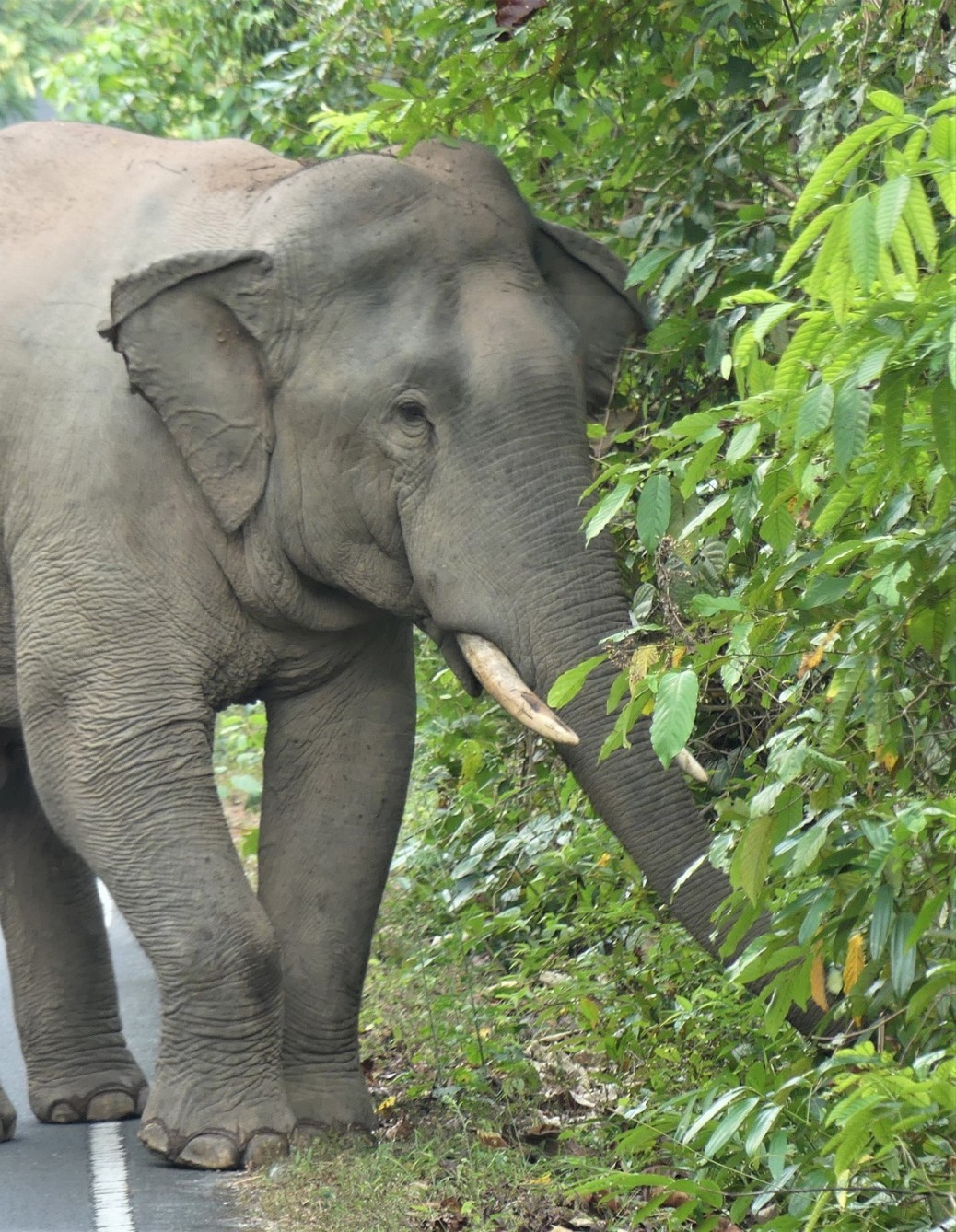 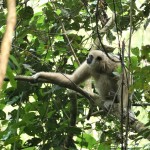 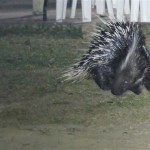 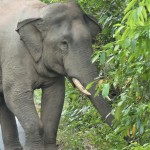 I booked my Australia-Europe flights with Thai Air. On their website, instead of booking the two flights as “direct”, I booked “Multi City”. This way I got a few days in Thailand for almost the same prize than flying directly.

I decided to explore Khao Yai, the National Park closest to Bangkok. It takes a bit more than 2 hours to drive there and I booked a 3 days / 2 nights tour with khaoyaiandbeyond.com. The guide, Deaw, knows the forest very well and is enthusiastic about the animals living in it. He has several salt-licks (but only visited in the day) and knows the most common birds. The days are spent more by trekking than wildlife watching, especially for birds the speed is too high, but through his knowledge one is following animal tracks and not the usual tourist paths. It is a shared tour, so the extras (Gaur (bison), fruit bat colony, bat colony) are sometimes not possible, except the whole group agrees. We were lucky to go search for Gaur the last day, as one of the group members was not fit enough for trekking. Unlucky though that we missed the animals, only heard them, apparently, he usually gets them. This was in another area of the park (viewpoint 14.366792, 101.773699, Gaur searched by foot with ranger a bit to the East), where in a hollow tree there was also a Lesser False Vampire Bat roosting. We also went to the bat cave (viewpoint: 14.548835, 101.546408) in the evening, quite a spectacle to see millions of Wrinkle-lipped Free-tailed Bats leaving the cave, with many hunting raptors!

The two previous days we had White-handed (Lar) Gibbon and one morning I heard the Pileated Gibbon from the ranger station. Northern Pig-tailed Macaque were regular along road sides and park infrastructure. On the first day we also had Asian Elephant through Deaws contacts, he receives phone calls when they are spotted along the road. On the third day we lucked out with a Sun Bear eating figs high in a tree. Squirrels were seen regularly: Most were the Finlayson’s (or aptly named Variable) Squirrel, a few Grey-bellied Squirrel and once a Black Giant Squirrel.
We stayed overnight at the ranger station (14.406328, 101.370538). There were Sambar Deer hanging around, as well as Malayan Porcupine in the evening. At a night drive, organized by the park, we added Barking Deer and Common Palm Civet, as well as a Fishing Owl to the species list. It was only an hour and started at dusk with a few vehicles doing the same. Try to ask to start later and maybe also have one each night when booking the trip.
I also did two hourly night walks starting from the ranger station: There is a very quiet road going SE. The first night I found a Small-toothed Palm Civet on the way back. The second night, the road was “blocked” by Wild Boar. There was a Bengal Slow Loris on the way back, same as the Palm Civet yesterday within the first kilometre from the station.
Other interesting animals in Khao Yai include Great Hornbill at the nest, Pit Viper, Monitor Lizards and many birds.