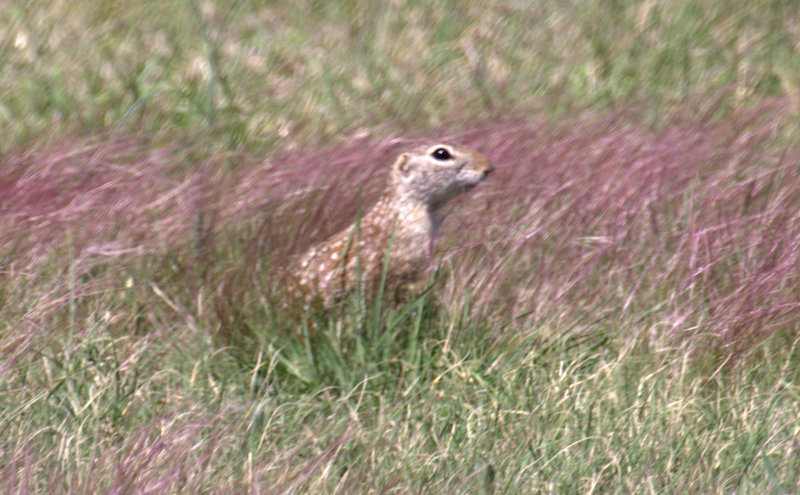 This is a belated update on San Angelo State Park from March 2017. Excited by Jon’s trip report from April 2014, I was hoping for skunk species. Unfortunately things have changed. I only found one dead Striped Skunk over 2 night drives. Jon also found out that the researchers had not been seeing as much of the other skunk species.

The good news was that the rangers told me about a North American Porcupine that denned inside a culvert near the entrance. I went back at night and got a nice sighting of the animal. I also saw an Opposum and a Gray Fox during the night drives. In the daytime I also saw several Rio Grande Ground Squirrels.