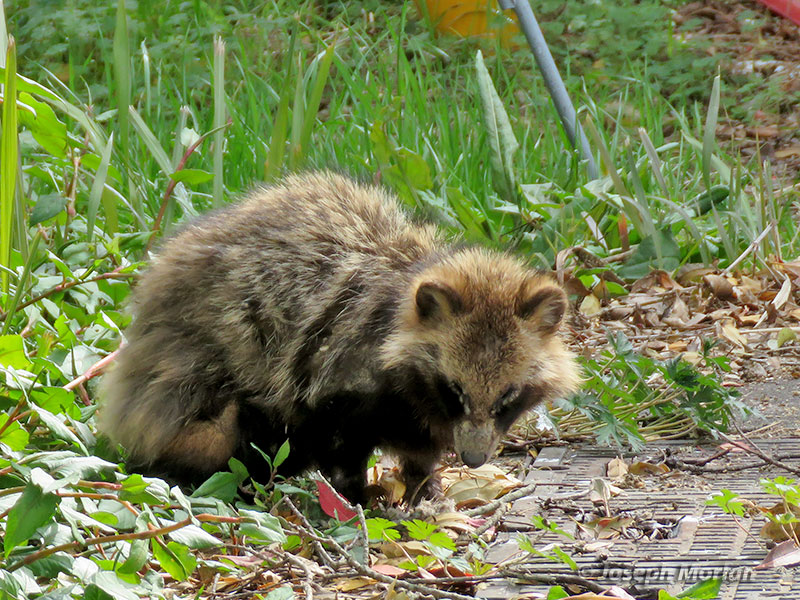 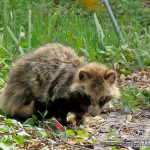 This individual was unaccountably fearless suggesting that it may not have been entirely healthy. Although Raccoon Dogs superficially resemble Raccoons, they are unrelated. They are unique Canids and the only member of the genus Nyctereutes. This Japanese subspecies is reported to have a smaller stomach and shorter, less insulating fur than Raccoon Dogs on the mainland. They also appear to be genetically distinct giving rise to proposals that they deserves status as a separate species. This proposal was rejected by the IUCN’s Canid Group, but the controversy continues.Canon PowerShot SX60.