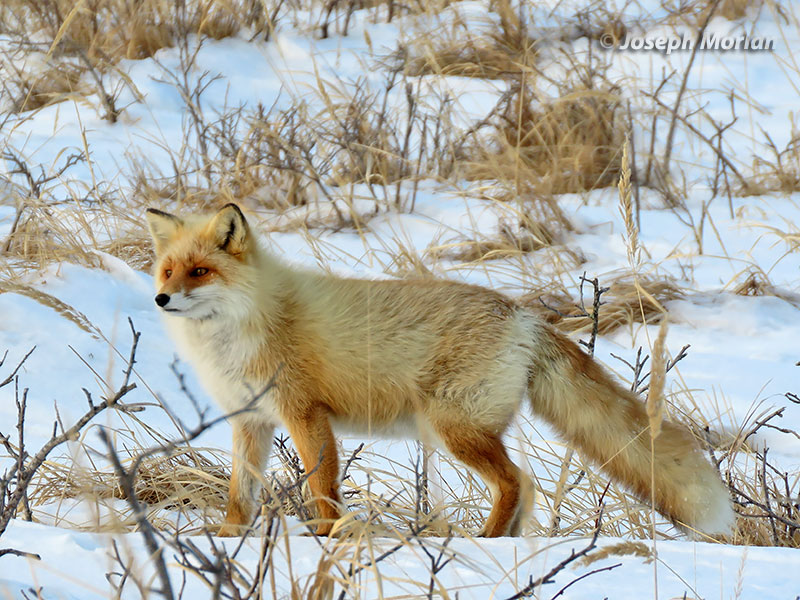 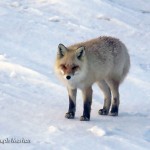 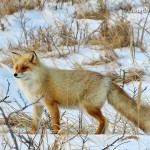 Two subspecies of this widespread Holarctic species are reported to occur in Japan. This is V. v. schrencki (a.k.a. Ezo Red Fox) which ranges from Sakhalin, Russia to Hokkaido in Northern Japan. It is characterized by larger size and black tips to its ears and limbs. It is replaced south of Blakiston’s Line (between Hokkaido and Honshu) by the smaller V. v. japonicus. A molecular study by Inoue et al (2007) confirmed the genetic differences between the two populations. A more recent analysis also confirmed the distinctiveness of V. v. schrencki and further suggested that the North American populations south and east of Alaska deserve status as a phylogenetic species V. fulva. Canon PowerShot SX60.