In search of Saimaa Ringed Seal

Last weekend, on Saturday 25th of May 2019, I drove to estern Finland, just one species in my mind; the Saimaa Ringed Seal (Pusa hispida saimensis) – as I had not ever seen it. It is a subspecies of Ringed Seal (Pusa hispida). They are among the most endangered seals in the world, having a total population of only about 390 individuals and the only existing population of these seals is found in Lake Saimaa, Finland (hence the name).

SaimaaHoliday Oravi is arranging seal safaris to Linnansaari National Park where lives about 60 Saimaa Ringed Seal and I had booked seats for myself and my family from their boat. The weather forecast was not the best – heavy rain was approaching from west. Our guide / motor boat operator drove right away to the best hotspot. And he really knew where the seals are – we saw total of 5 Saimaa Ringed Seals. I can really recommend SaimaaHoliday Oravi! After watching and photographing seals, we had a break on small island and had coffee / tea plus excellent tosca pie! Perfect seal trip! 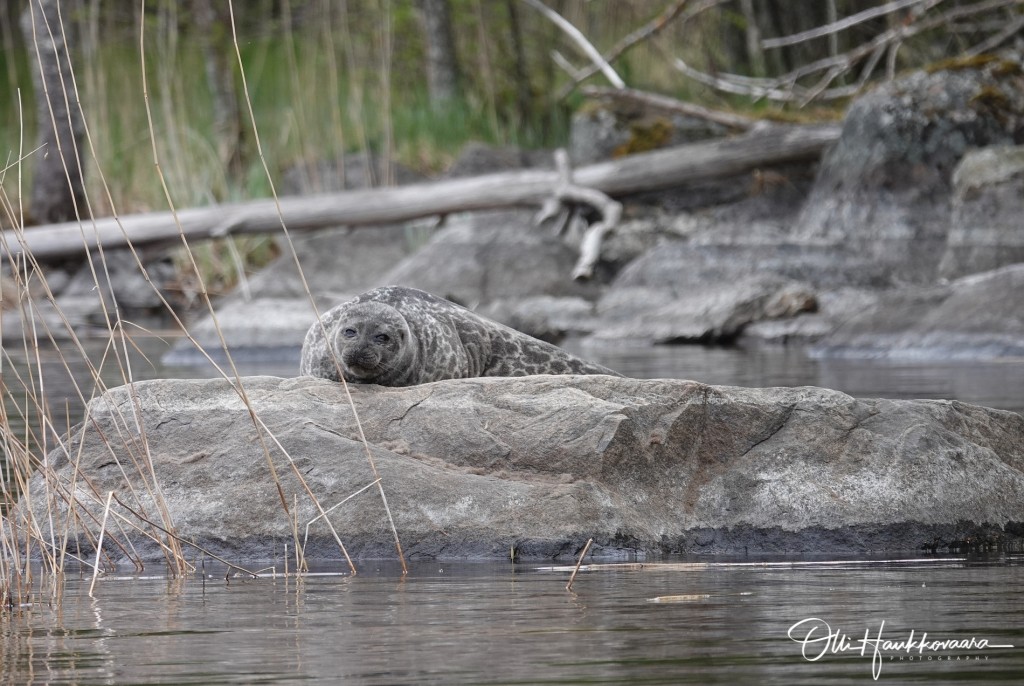