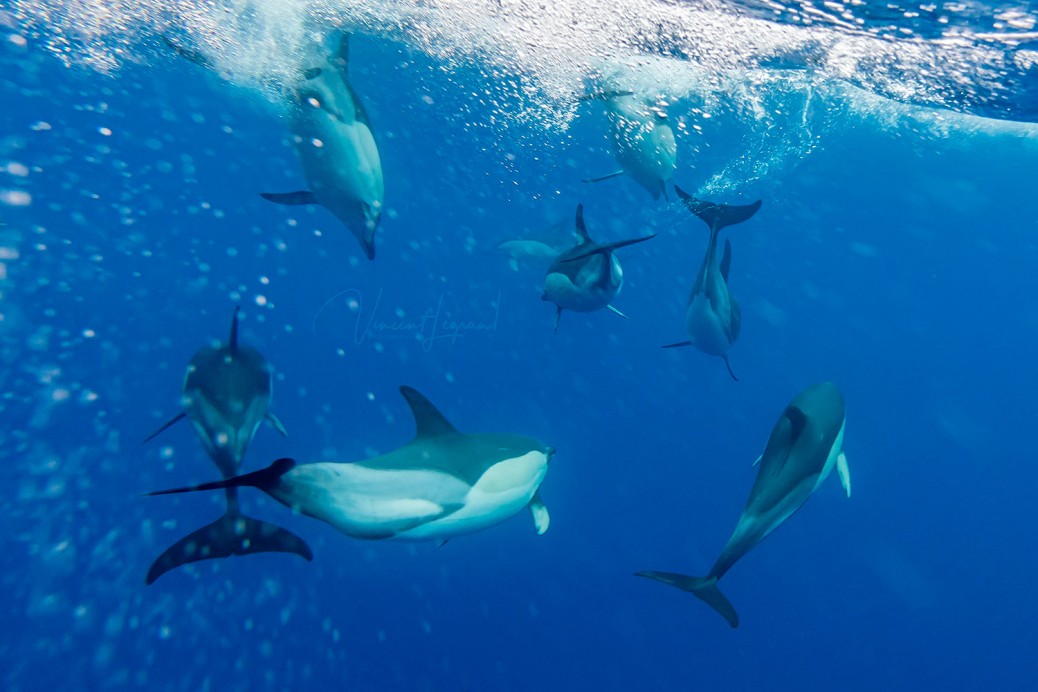 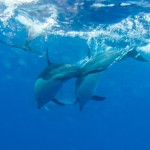 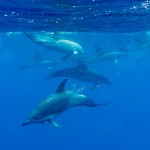 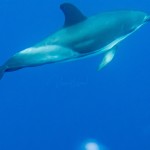 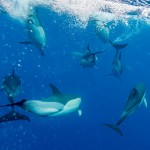 I’m just back from a wildlife trip that I was leading in Azores last week (June 29th  – July 6th). I’m actually working on my pictures and during the selection of underwater pictures, I was stopped by this unusual species who doesn’t fit at all to Short-beaked Common Dolphin… This specimen was among a megapod of about 200+ common dolphins just off Terceira (around 9km from the coast just over a seamount). Attracted by a group of Cory’s Shearwater we decide to stays around and few seconds later we found the ‘bait ball’. Trying to collect some underwater shots I shooted all ‘dolphin’ crossing my road and this dolphin is a part of them.

The structure is interesting, in some pictures we can see the difference of structure even from the below. Dorsal fin and head shape are strongly distinctive as well as the pattern of the back, it lack the 8-shape of Common Dolphin. The beak doesn’t have any white on tip. Is any of you have any experience with the Clymene Dolphin? Or hybridation inter-dolphin? I’m quite lost if it is something else than Clymene.