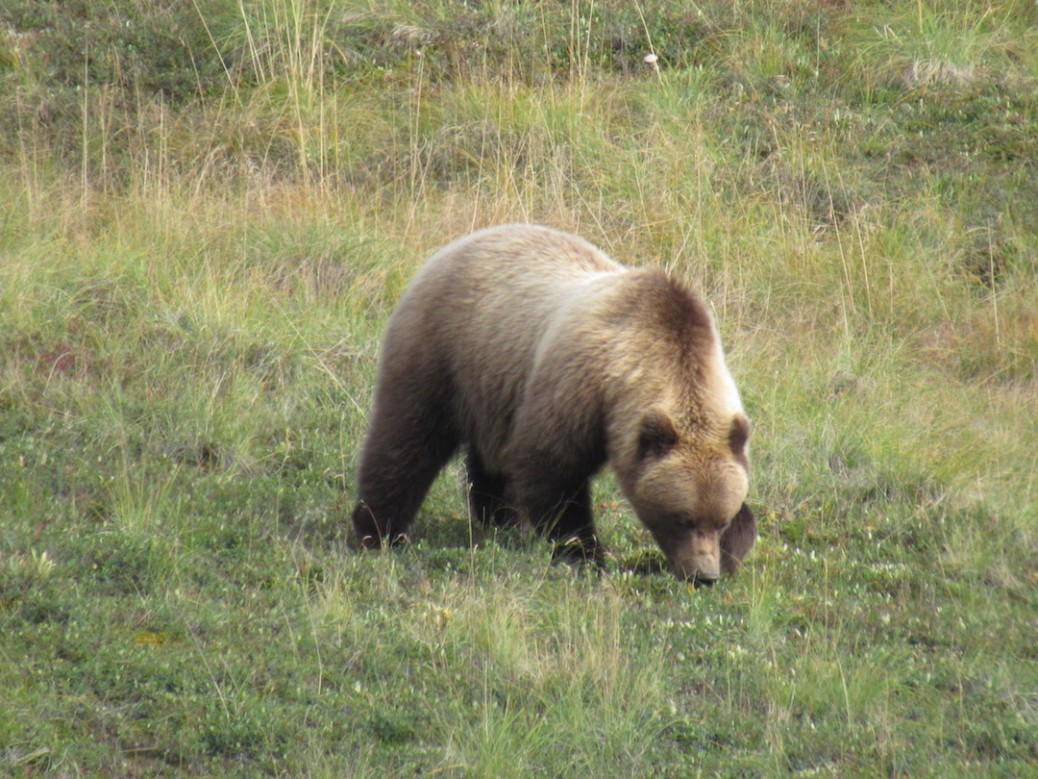 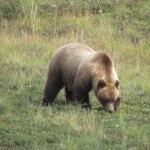 I spent August 14-19 in interior Alaska, driving the Dalton Highway to Prudhoe Bay and visiting Denali NP. I only saw 15 species of mammals, but the quality (Alaska Marmot, Muskox, Canada Lynx, etc.) was very high and  the scenery was fantastic! Both destinations have been covered well in previous reports, so here’s a brief write-up in case anyone has plans to visit next year. As always, feel free to contact me with questions.

This famous road is not as rugged as brochures suggest, but still keep in mind it’s quite remote, especially N of the Brooks Range. You could probably manage the trip in a small rental SUV, but I wouldn’t recommend it as flat tires (potentially extremely dangerous if you only have a donut) and windshield cracks are very common. I used Arctic Outfitters, which was much more expensive; but as Jon says, the full-size spare and CB radio gave me peace of mind, so I could enjoy the trip much more.

Alaska Marmots remain easy to see near Toolik Field Station (go to the pipeline road marked “DHMP 282.4”, walk up the hill to the pipeline, and turn left to the rocky outcrops along the hill spine). I got good views of 2, including a very fat male. There were small groups of my other target, Muskox (reintroduced), scattered along the road often far away between Happy Valley and Deadhorse. Other mammals included lots of migratory Barren Ground Caribou between Sagwon and Deadhorse, a Grizzly at Atigun Pass, 3 Red Foxes, lots of Arctic Ground Squirrels, a Red Squirrel, a North American Porcupine, a few Snowshoe Hares, and an American Mink near Jim Creek. No Arctic Foxes, and I wasn’t looking for small mammals, but Singing, Tundra, and Yellow-cheeked Voles and Nearctic Collared Lemmings would be worth trying for next time.

Although it lacks the diversity of Yellowstone or Glacier, I enjoyed Denali much more thanks to the (IMO) more impressive scenery and close views of Grizzlies and enormous bull Moose. The shuttle system (and as a result lack of freedom to explore by car) is a little annoying, but thankfully it produces decent sightings regularly and you can hop off and walk in several nice areas. I took 2 shuttle trips (evening shuttles to Toklat and Eielson) and saw 11 Grizzlies, 15+ Moose, lots of Caribou and dozens of Snowshoe Hares, 2 Red Squirrels, many Arctic Ground Squirrels, and small herds of distant Dall Sheep. Wolves aren’t being seen this year, but Canada Lynx are on the rise (Snowshoe Hares just peaked) and are seen on average once a week by each driver. If the lynx is your target, I’d go in 2020-21.

There are also a few (potential stakeout) Canada Lynx on territories around mile 10, mile 4-5, and mile 3. I tried 2-hour dusk/night drives on the publicly accessible first 15 miles of the road each night and had a great sighting of a lynx resting under a roadside spruce. It was not at all shy and watched the car for 20 seconds before slowly walking into the dense willow. Wow!

Other Denali sightings included great views of a North American Pygmy Shrew (Sorex hoyi), a few unidentified voles, and a Collared Pika in one of the rocky outcrops in the canyon past the end of the Savage River Trail.