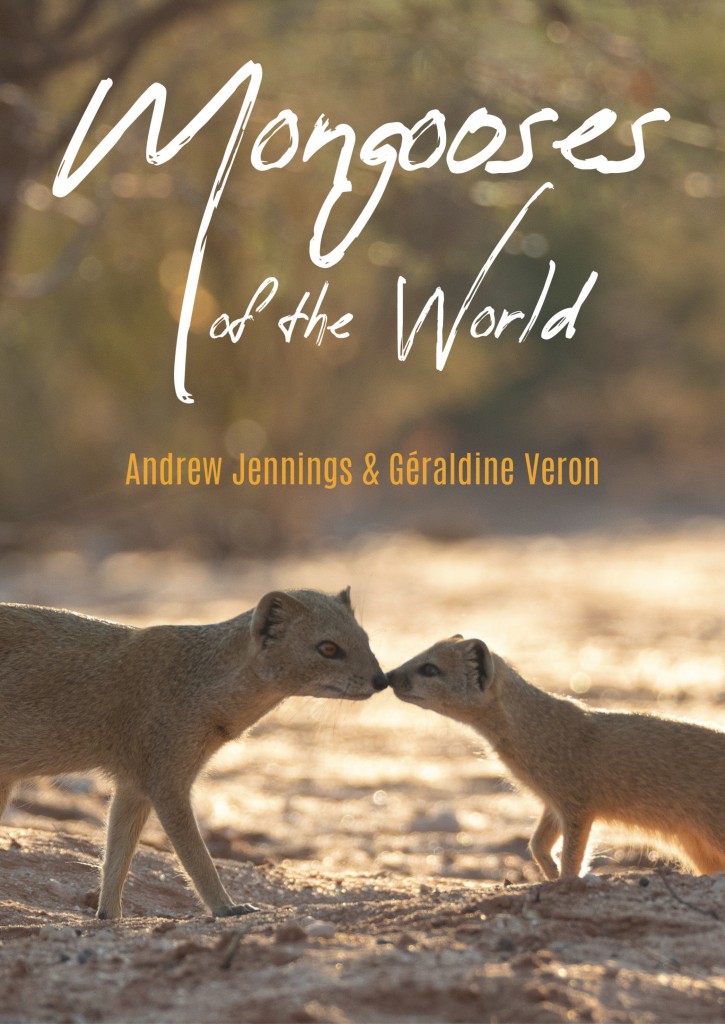 Mongooses of the World, released late last year, is the latest in the growing array of books to cover a particular group of mammals comprehensively.

Mongooses might be some of the most underrated mammals on the planet. I don’t know any mammalwatcher who loathes them, but few of us seem to get hot and sweaty when we think about them! Compare people’s love of mustelids with mongooses for instance. Unfair! And perhaps this book will help with a bit of positive mongoose discrimination. It would be a cool set to see in the wild, and you’d have a more realistic prospect of doing so that seeing all the weasels for example. I still have 10 or 11 to go I think and after flicking through the book I feel like I should prioritize seeing them. Mission accomplished authors.

The first half of the book deals with mongoose ecology and conservation. Although written by scientists (both Andy and Géraldine are small carnivore researchers), they write with a clarity sometimes – too often – lacking in books like this. This should appeal to all mongoose fans, non-experts and experts alike. 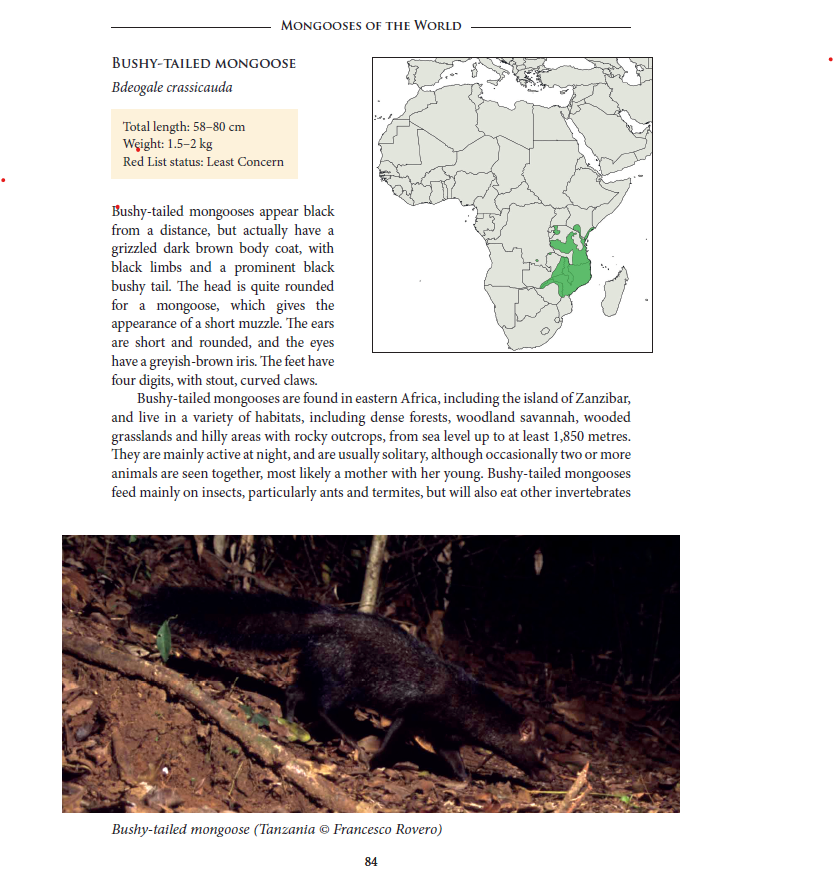 The second half of the book is dedicated to species accounts. All 34 mongooses (mongeese? I am never sure which way to go on that one) are covered with range maps and varying amounts of detail on their ecology and behavior. with the length of each entry probably depending on how much or how little is actually known about some species. The authors have also sourced photographs for just about every species some of which came from regulars on this blog.

The book is available from the UK publisher Whittles at http://www.whittlespublishing.com/Mongooses_of_the_World