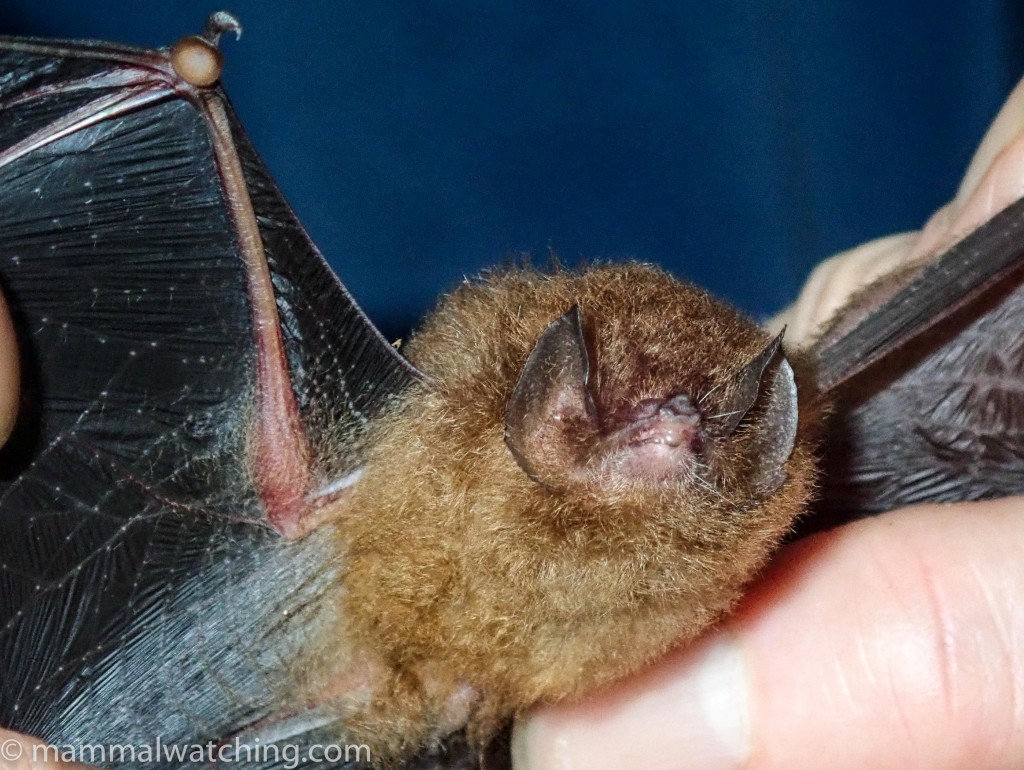 In late November 2019 Amber and I popped down to Costa Rica to visit Fiona Reid at her new ecolodge, Sylvan, and see my son Patrick who was volunteering there.

It wasn’t a mammal trip and I had to spend a lot of time working, so I didn’t see many mammals and – with a heavy heart – didn’t really try. I hadn’t even bought my camera. But it is such a great spot – plus it comes with your very own Fiona Reid! – that I thought a brief report would be useful.

If you are wondering who Fiona Reid is, she’s the author and illustrator of the two best field guides to North and Central America, probably knows more about bats in the Americas than anyone, and has been described as the “Queen of Neotropical Wildlife Watching”, a title she probably hates even if there is a good deal of truth in it. She also runs tours and we have travelled together several times: any trip with Fiona boosts the trip list by at least 30% I reckon (and the rum intake by a similar amount). And if this isn’t enough of an endorsement, she was also brave enough to offer my son a volunteer gig at her new camp. 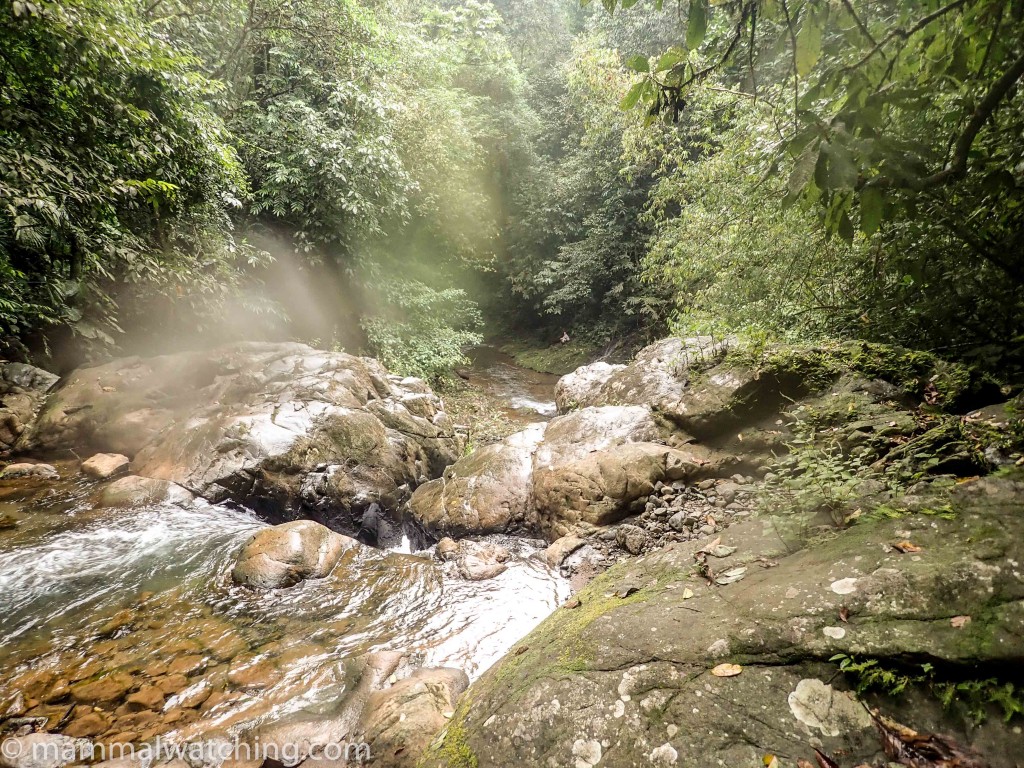 Sylvan is a nice slab of over 60 hectares of lowland rainforest, about 30 minutes north of Golfito (close to where the Osa Peninsula begins). The small lodge/camp is on the edge of a river which runs through the forest to picturesque waterfalls that are something of a local tourist attraction and swimming spot. Fiona bought the place last year and – with the help of the camp managers Frances and Jesus – is transforming the place into an ecolodge. Nothing fancy, as you would expect if you know Fiona. But it is far above basic, with comfortable rooms and excellent food courtesy of Frances. 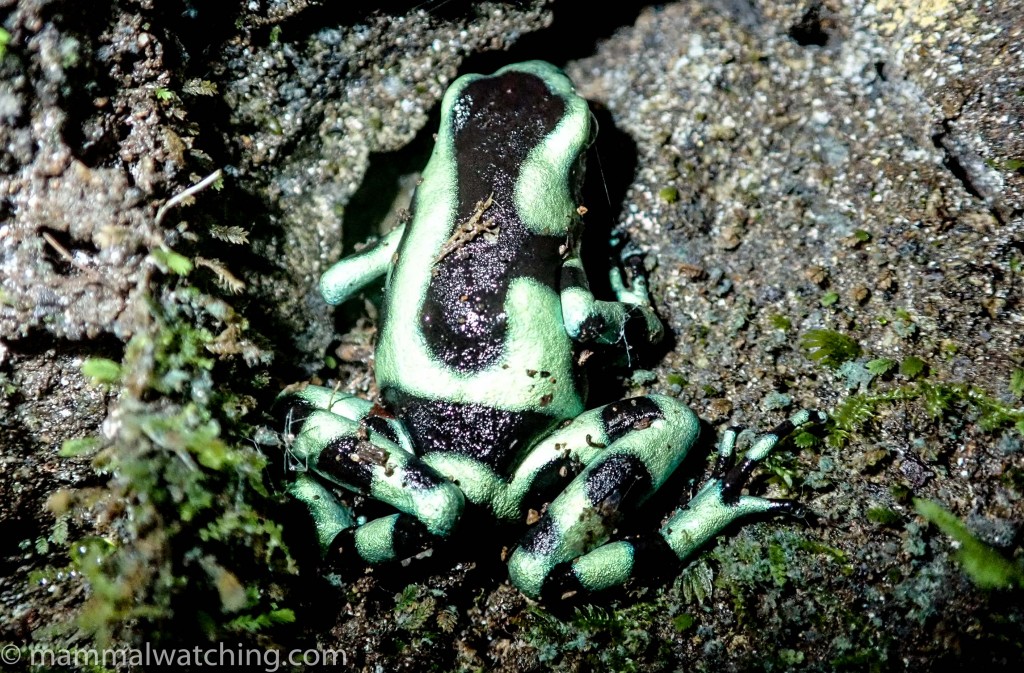 Poison Dart Frog species along the trail to the falls

It was still raining – a lot – in late November and access to the property required multiple river crossings, a serious 4WD plus serious driver. In fact even Jesus wasn’t able drive in a couple of times when we were there. But the camp is only a 20 minute walk from the road. And if the river rises so high that even Jesus gets nervous it soon subsides. For the avoidance of doubt Jesus is Frances’s husband, handyman, caretaker and general good guy. Not the other one. I bet the other one doesn’t drive half as well. 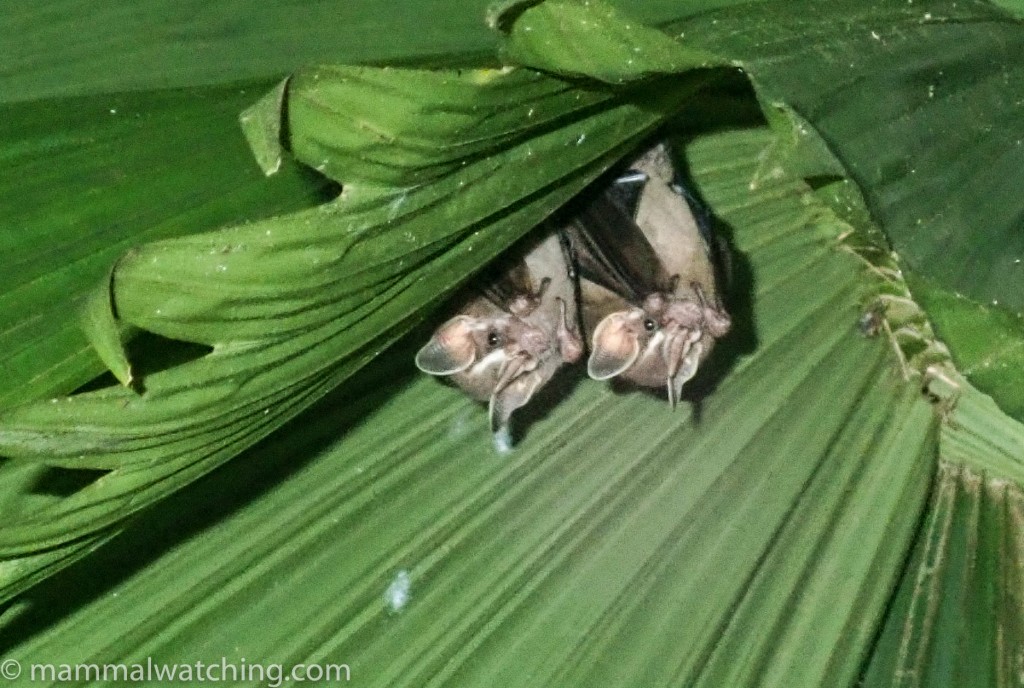 Pygmy Fruit-eating Bat, Artibeus phaeotis along the trail to the falls

Fiona has run several bat and bio blitzes over the past few months and after we were there. She has now racked up a very impressive 70 species. Who has a garden list to beat that?  Here’s the full Excel list as of February 2020. There are some really fabulous species: Ocelot, Wrinkle-faced Bat, White-winged Vampire Bat, Spix’s and Peter’s Disc-winged Bats. Following the past weekend’s success there are now at least six species I haven’t seen, so guess who is planning to return next month….?

The highlight – and only new mammal – of my trip were some Peter’s Disk-winged Bats. This is a species that is almost never captured or seen. Fiona had a hunch that some might be living in a small banana plantation across the river from her place, after she flushed a bat out of a dead, rolled up, banana leaf.  Fiona knew that the more commonly seen Spix’s Disc-winged Bats roost in green leaves. 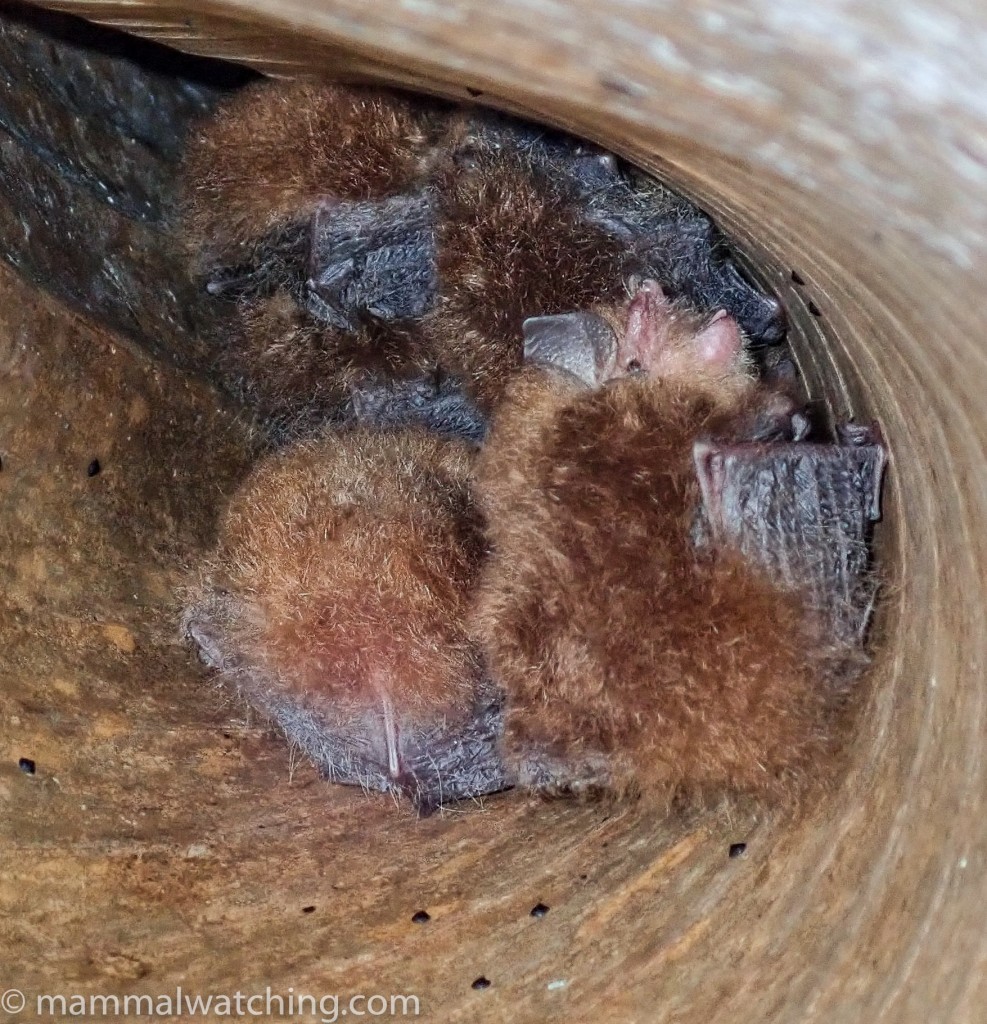 Sure enough after 15 minutes in among the bananas I found a roost of bats: so tiny that at first I thought they were hairy caterpillars. Fiona caught one with a handnet and confirmed the species.

We put one in an upturned glass and watched it zip around the sides using the suckers on its thumbs. 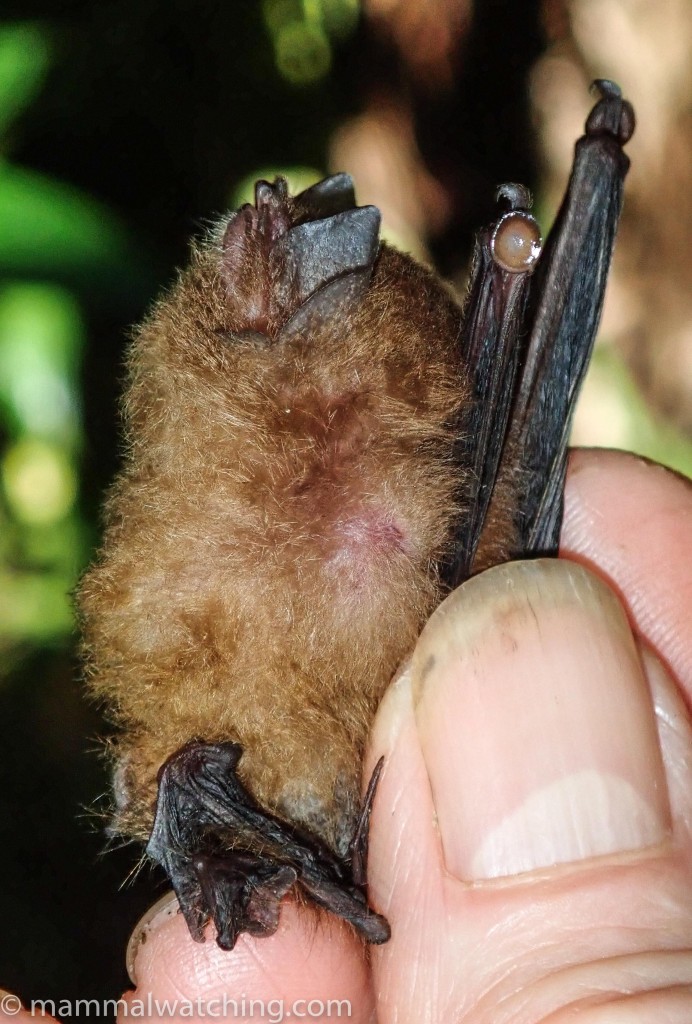 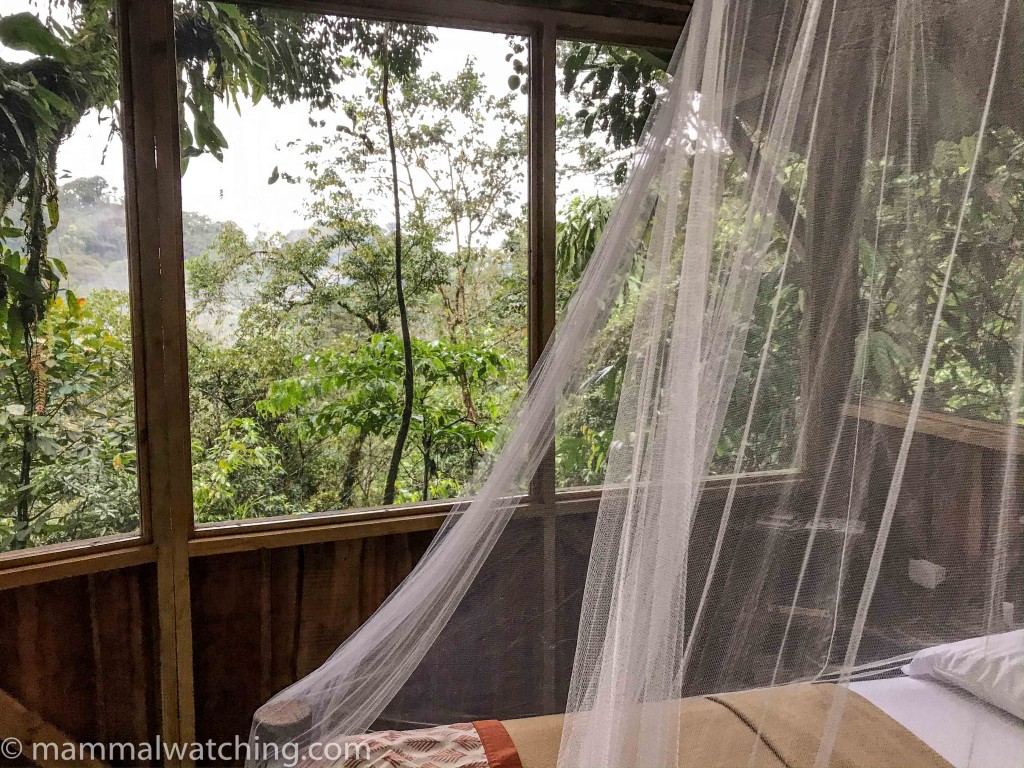 Fiona also has a stunning tree house nearby – more of a tree penthouse really – where she lived before she moved to Sylvan. It can be rented for the night(s) via the Finca Bellavista Community (make sure you pick Fiona’s place  El Fenix). Watson’s Climbing Rats are frequent visitors at night here though we didn’t see them. We did see a pair of Mexican Porcupines, cuddled up and sheltering from the rain under the eaves of the balcony, plenty of Coatis and a few Tomes’s Spiny Rats running around.

Spix’s Disc-winged Bats are easy to find roosting around the community if you know where to look, and Alfaro’s Pygmy Squirrels are also quite common. I have still not fully recovered from missing one that everyone else saw while I was working. I may never recover. At least until I return next month.