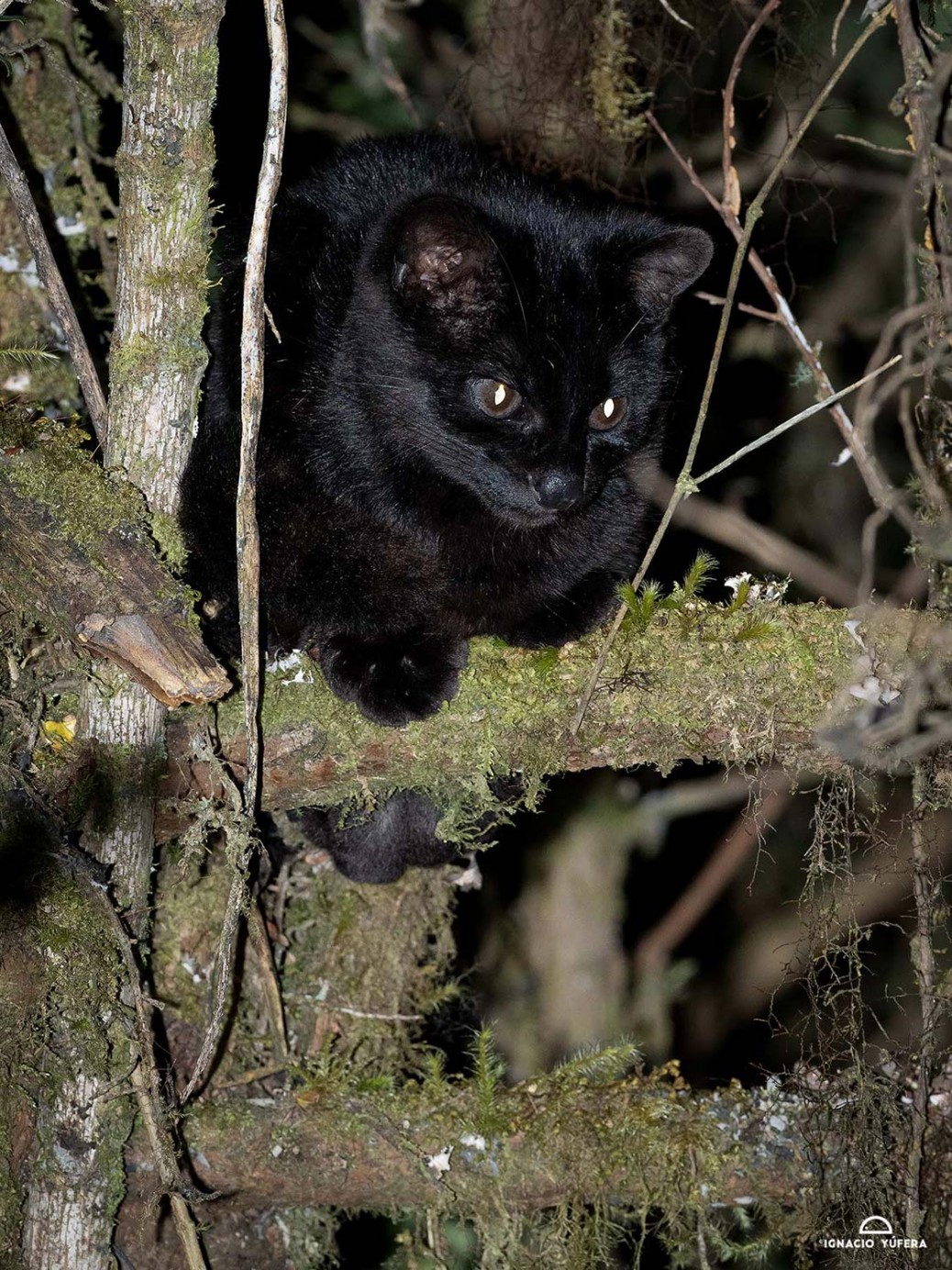 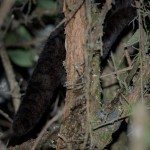 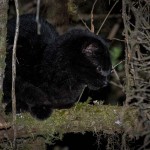 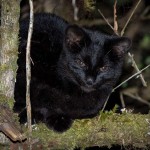 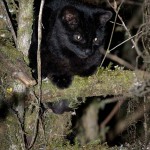 Last February 25 (2020) I saw and photographed what I believe is a melanistic Oncilla (Leopardus tigrinus), in Volcán Barú National Park in west Panama, at 2,250 meters altitude.

The sighting took place at 21:00 h, towards the end of a 4-participant birding tour led by Tamandúa Nature Tours, in search of the high-altitude birds found at slopes and the summit of the volcano, and particularly the two species of montane forest owl (Bare-shanked Screech-Owl, which we found, and Unspotted Saw-whet Owl, which we did not).

The cat was on a low branch in dense, moss-covered elfin forest, and seemed about to cross the trail we were walking. It stopped when we put the spotlight on it and sat still on the branch for several minutes, seemingly quite unconcerned by our presence, the lights or the flash. The low branch allowed for excellent eye-level viewing and photos. When a group of noisy hikers appeared behind us, it moved back inside the forest, walking from branch to branch.

The animal looked the size of a regular house cat, which was my first guess when we spotted it. However, upon close inspection the facial proportions and expression looked quite different from what one usually finds in a domestic cat. The most telling facial feature was the nose, round, relatively big, and black. The paws were also big and round. Spots were clearly visible on the body under the spotlight, as were lines in the face and tail. The tail was relatively short (which I think ruled out a Margay), and quite thick. Fur overall looked thick and dense, something to be expected in an animal living at that altitude.

Oncillas, including black specimens, have been reported from high-altitude forest areas in western Panama before. According to Luke Hunter (Wild Cats of the World, 2015), in Central America “they are restricted to oak-dominated cloud and elfin forest above 1,000m”. Mark Wainwright (The Mammals of Costa Rica, 2007) says that “an astonishing one-fifth of oncilla specimens and pelts are reported to be melanistic”. However, in the same book he also says that the species “has not been recorded from Panama”.

In 2013 genetic analysis in Brazilian oncillas (Trigo, Schneider et al) suggested two separate species (Leopardus tigrinus in the country’s NE and L. guttulus in the south) which presumably applies to other South American populations. Research did not include Central American populations.

Any oppinions or suggestions as to the cat’s definitive ID most welcome. Many thanks to Fiona Reid and Jon Hall for their input!