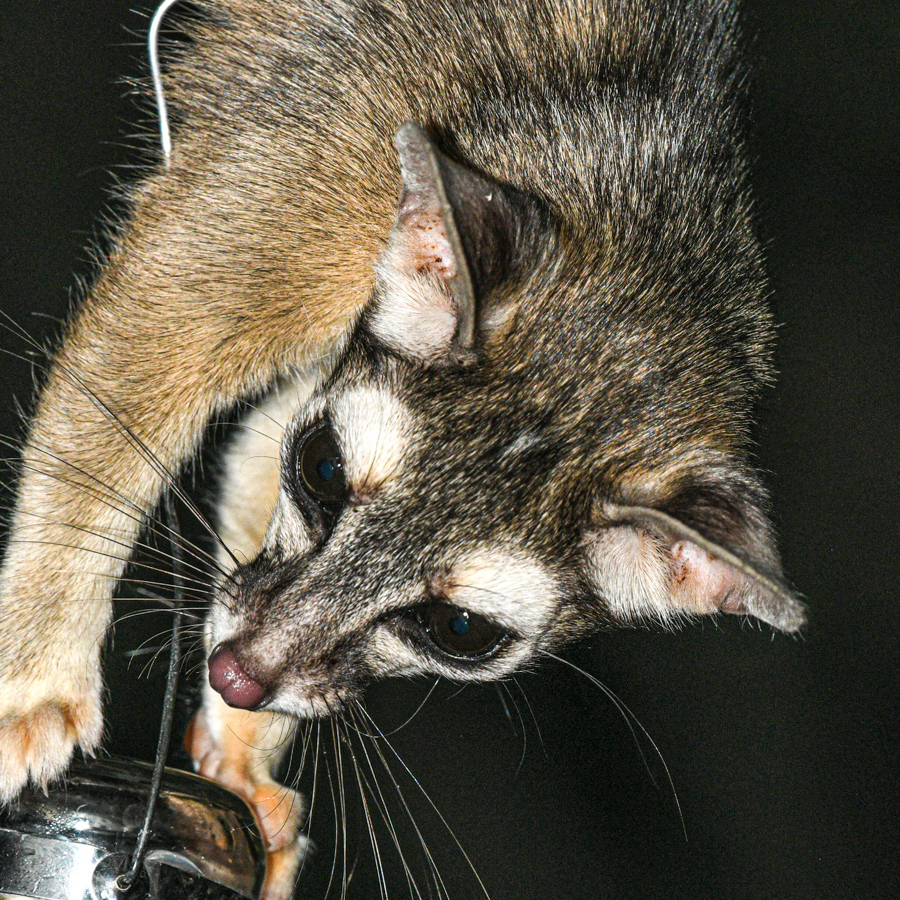 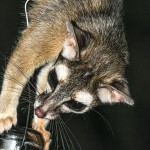 I had a short trip to Arizona to photograph moths and lizards for a book project and thought I would give a quick mammal update. Sites are described first; mammal list follows.

I did not do much night driving this trip, other than briefly around the town of Willcox and once in Cave Creek.

As of 2020, there seems to be one jaguar and one ocelot present in Arizona. (I am not positive about the ocelot; I do think there have been four total recorded?) Their exact locations, of course, are known only to researchers.

(1) Mt. Lemmon, Tucson. There was a major fire called the Bighorn Fire in June 2020, and some infrastructure was damaged. Monsoons may cause flooding. I would expect road closures for up to 12 months, but perhaps it can reopen sooner.

(2) Sweetwater Wetlands, Tucson. Arizona Cotton Rats were easier than ever before. I don’t know if they’re more abundant overall or if June is just a good time. In May and June of 2020, coyotes with pups were visible most mornings, as were raccoons. Bobcats are more weekly than daily, with September supposedly better. Note that Monday remains the “late start” day due to mosquito abatement; otherwise the site is free and open sunrise to sunset. Round-tailed ground squirrels are easy from mid-morning onward in the dirt strip by the parking lot, between car park and street. There also was a secondhand report of a ringtail this site. That seems odd but possible (and on the other side of town, I have seen a roadkilled ringtail low down on the Mt. Lemmon road).

(3) Santa Rita Lodge, Madera Canyon. Over two days, my brother saw a black bear and bobcat 1/4 mile up from the lodge. Both species are hunted here; both were skittish. One singleton coati was on the grounds most days. Raccoons are generally nocturnal but common. Both rock squirrels and Arizona gray squirrels are present. In June, lesser long-nosed bats seem to be the expected bat at the feeders. The lodge takes in feeders around 8:30 pm to 9 pm, to prevent damage by bears and because the bats drink up all the nectar. You do not need to stay at the lodge in order to see bats at the common area feeders, but it would be good manners to leave money in the day-fee jar. Flash photography of the bats is allowed but not of the elf owl nesting in the telephone pole across the street at the owner’s house. Other bat spp present as well; a bat detector allows you to turn them into as many species as your list needs.

The ringtail still is resident in the alligator juniper trees between Deluxe Apartment 18 and Casita 2, and both direct sightings and camera trap footage imply that it explores the porch of unit 18 most nights. If this species is a number one priority, reserve this housing unit, and it also can help to have two or better yet three people watching from dusk onwards. One person should be at the room’s porch scanning the yard with heat scope or low-beam flashlight, and two should be posted in the parking lot, to watch the trees and roof at each end of the main giftshop (which unit 18 is attached to). If you’re not watching steadily (for example, if preoccupied with elf owl or bats), you can miss its initial exit from the nest tree. Sometimes you can find it later out in the nearby oaks, but easiest to see first thing in the evening, when it is still on lodge grounds. I had out a hummingbird feeder for bats and had taken the cover off (so it was just an open bowl of sugar water) and the ringtail lowered itself down from the roof to drink from that.

Javelina are common in the lower grasslands but not often seen. My brother passed a roadkilled javelina on I-19. He also saw a coyote in the grasslands.

(4) Cave Creek Ranch, Chiricahua Mountains. One coati was here as well, and other guests saw javelina on the grounds. There also was a report of a puma sighting from the paved road in the canyon when I was there; locals see them about once a year it seems. Striped skunks are easy and common at the lodge office at dusk; hooded skunks seem much less common (outnumbered 10 to 1) around the lodge grounds and on the paved roads. They also seem to come out later and to be more wary. Rock squirrels and cliff chipmunks present, and usually white-tailed deer. Supposedly the Chiricahuas have 22 bat spp, of which many are along the creek here (at least in June). The bat detector offered loads of possible IDs, but in terms of what I saw clearly, that would just be canyon bat. I did not put out Sherman traps but on the main road below Portal, in the spotlight I had a good match for Baily’s Pocket Mouse. Your mileage may vary.

As a side note, in summer NM is an hour different from Arizona. Cave Creek uses AZ time zone but your phone and computer may read the signal from the New Mexico side, just in case you’re trying to meet up with anybody or get to the office before it closes. Also, north of Rodeo, NM, there is a small snake museum and the gift shop has no admission fee. If you need a new field hat, they have 30+ spp, including mammoth, badger, bats species plural, ringtail, skunk, kangaroo rat, and misc birds — not that birds need any more publicity than they already get. Robust selection of herp books here too.

desert cottontail—Sweetwater and other lowlands

Eastern cottontail—Chiricahuas, based on range / habitat, but not studied to confirm

lesser long-nosed bat—feeders, Madera Canyon (most or all were females)

[ pronghorn—reported to me by others, Sonoita ]

[ puma—reported to be by others, Cave Creek Canyon, crossing the road ]