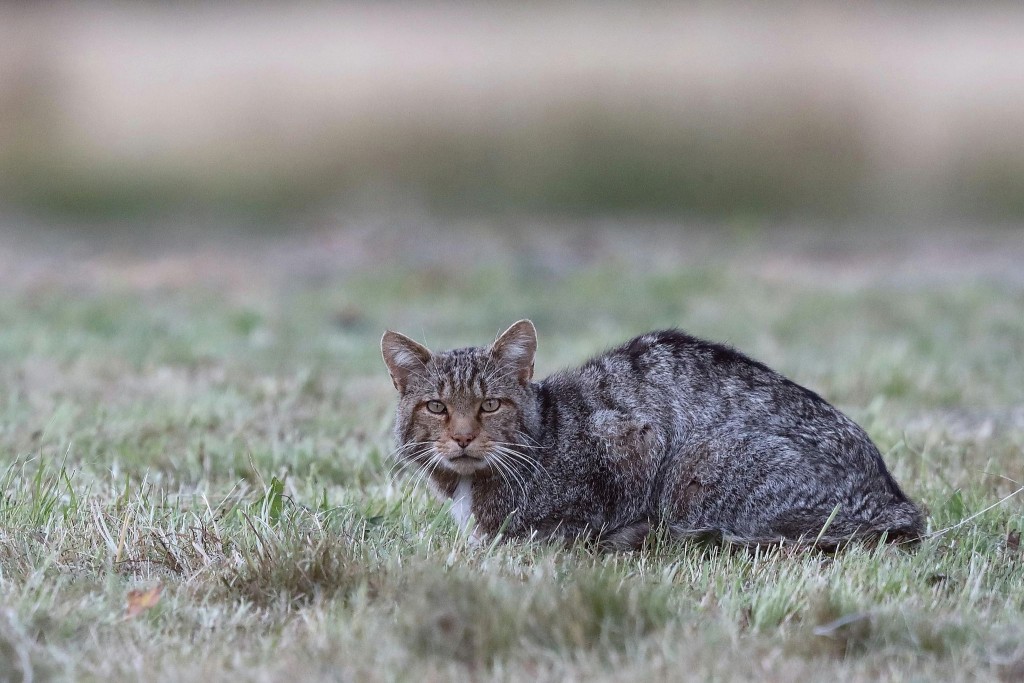 I was in Europe last month to see my kids and spent a couple of nights in the beautiful Picos de Europa mountains in northern Spain, based in the town of Cervera de Pisuerga. I took the opportunity of driving from Madrid to Bordeaux to get a decent look at a European Wildcat and also meet up with Carlos Bocos. My kids could wait….

Carlos is a well known bird (and increasingly mammal) guide who has been based in Indonesia for the past few years. He has well and truly seen the mammalian light after getting a thermal scope and finding far more mammals in places like West Papua than I’ever seen reported before (see his reports here). We are planning a trip there together in 2022. 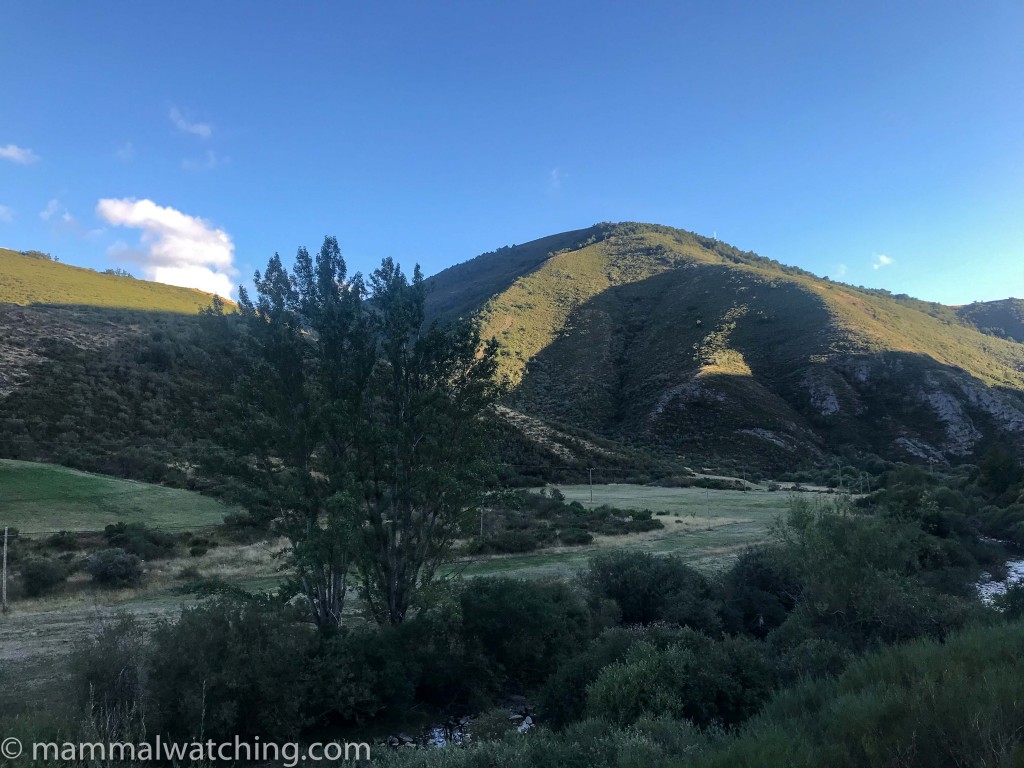 Though we’d corresponded for a while we had never met and he generously offered to show me around the Picos, an area he knows very well. I had three main targets: Wildcats, Water Voles and the locally endemic Broom Hare. With Carlos’s help all were pretty easy to find. We also set a few small mammal traps in the hope for various shrews and pine voles. We didn’t catch anything.

My fourth target was to eat as much tapas as possible. This was far too easy to do.

The mountain valleys between Cervera de Pisuerga and Riano have healthy populations of Wildcats. Though they typically stay close to the forest, they are more visible from August through winter once farmers mow the mountain meadows. The short grass exposes a great many colonies of Montane Water Voles (which in 2022 are now lumped back in with regular European Water Voles). The cats patrol the meadows early and late in the day to hunt these chunky rodents that are now easy to find.

The area around Riano is Spain’s Wildcat watching capital, and initially – on the advice of Ignacio Yufera – I had planed to join one of the dedicated Wildcat trips run by Wild Watching Spain. But my travel plans changed and then Carlos offered to find me some cats around Cervera. 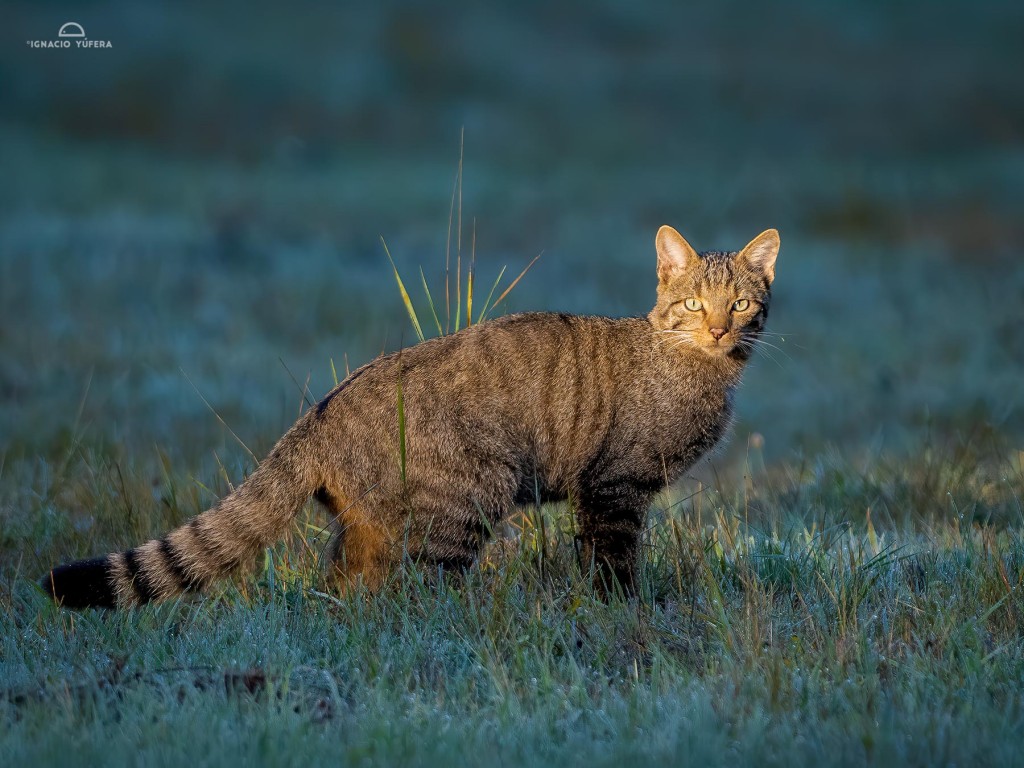 We saw two separate animals at around 8 – 9 a.m. close to here. One was crossing the road, while we spotted another animal –  wearing a collar – out in a meadow. We watched it from a distance for 10 minutes or so as it hunted – then caught – a water vole. 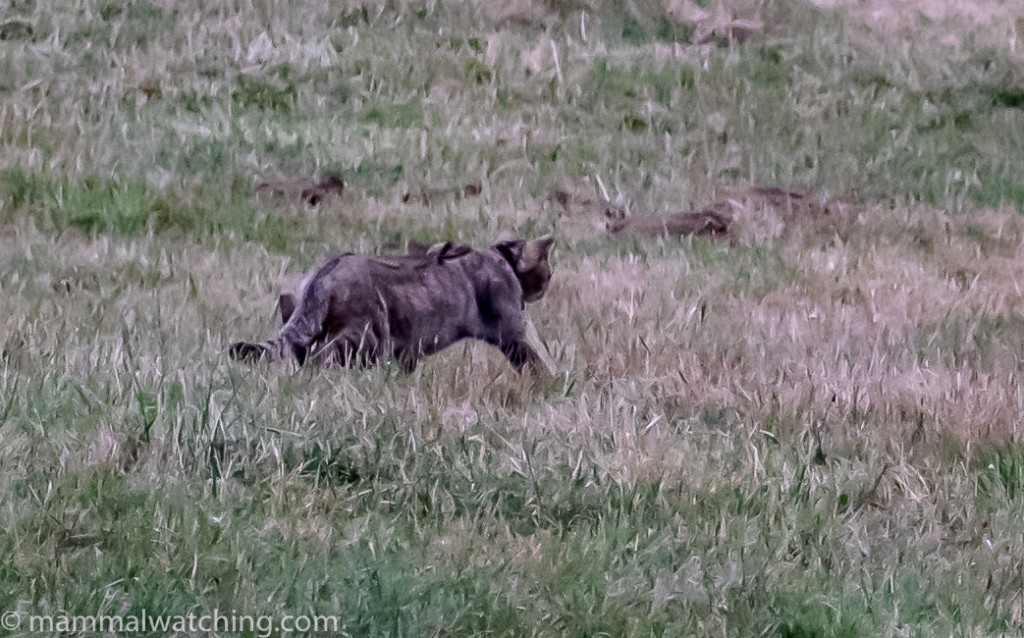 Carlos told me that though the Wildcats are doing well in this valley, they have been spending more time than usual in the forest this year rather than in the meadows.  This might be because there are so many mice in the forest.

But in other valleys they are spending a more usual amount of time out in the open, and indeed Ignacio was in Riano a few days after I was in the area and saw 7 different animals. He got some wonderful photos … as he always does. 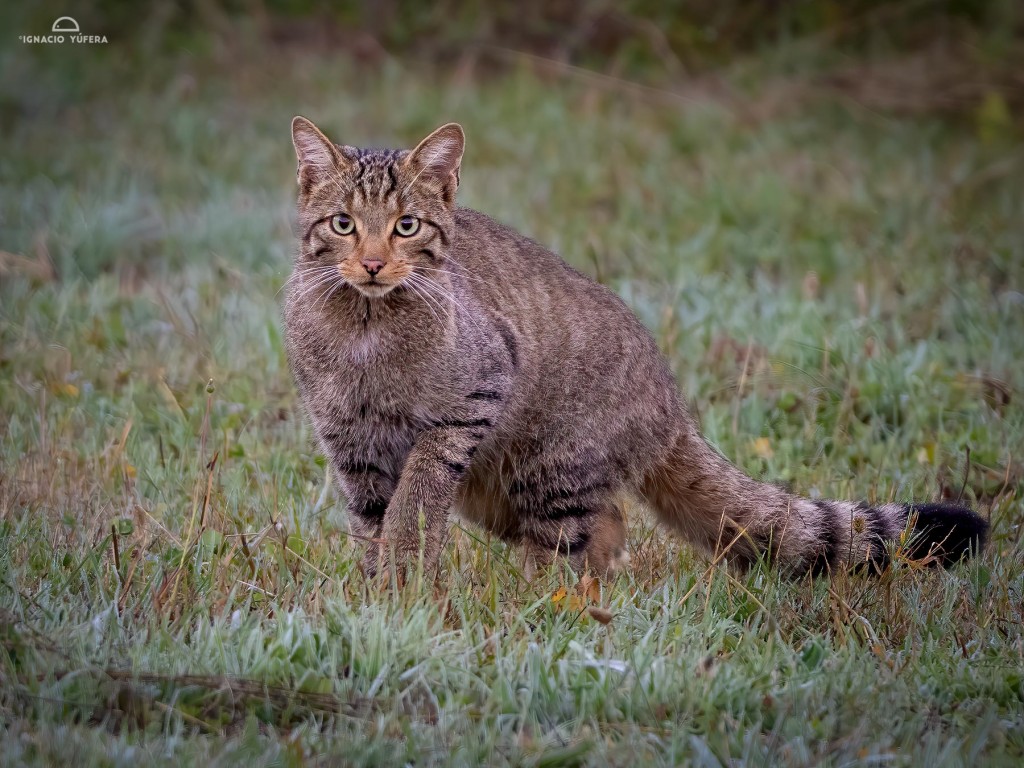 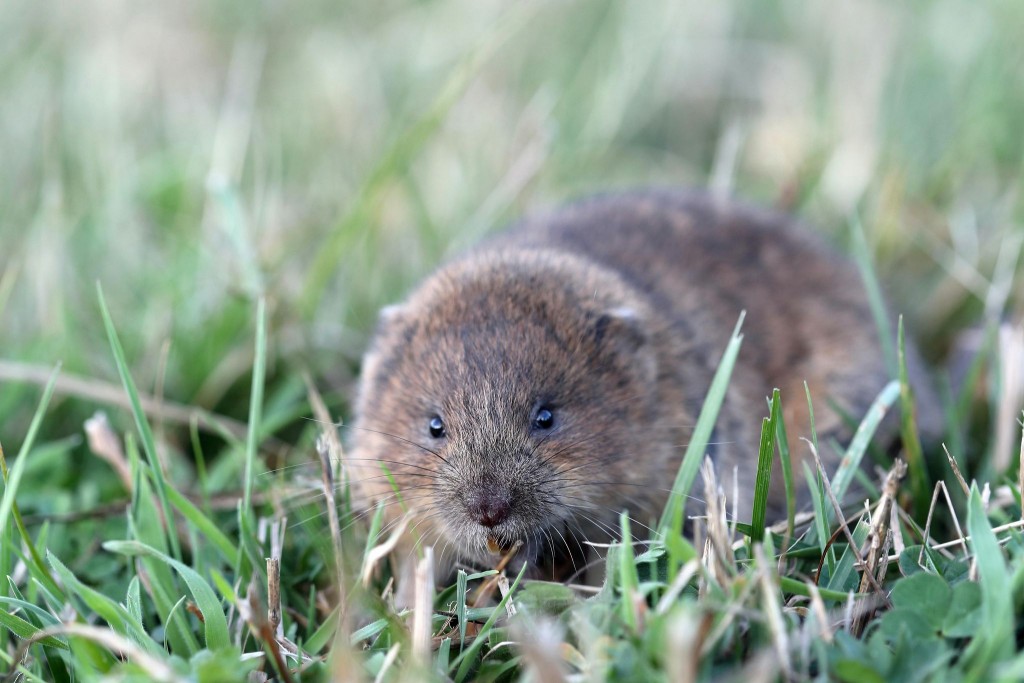 If you look in almost any meadow you should find evidence of Water Voles (Arvicola (monticola) amphibius). Their  excavations and burrows the size of tennis balls are quite easy to spot. Whether or not the Montane Water Vole is a full species is taxonomically dubious and in 2022 I now treat it as conspecific with European Water Voles. But who knows what new study next year will bring!

Carlos opened up a few holes in the mid-afternoon and it took  fifteen minutes to see a Water Vole poke his head out of the burrow before sealing it up again. I didn’t get a photo. We also watched a Wildcat catch a vole in a meadow. 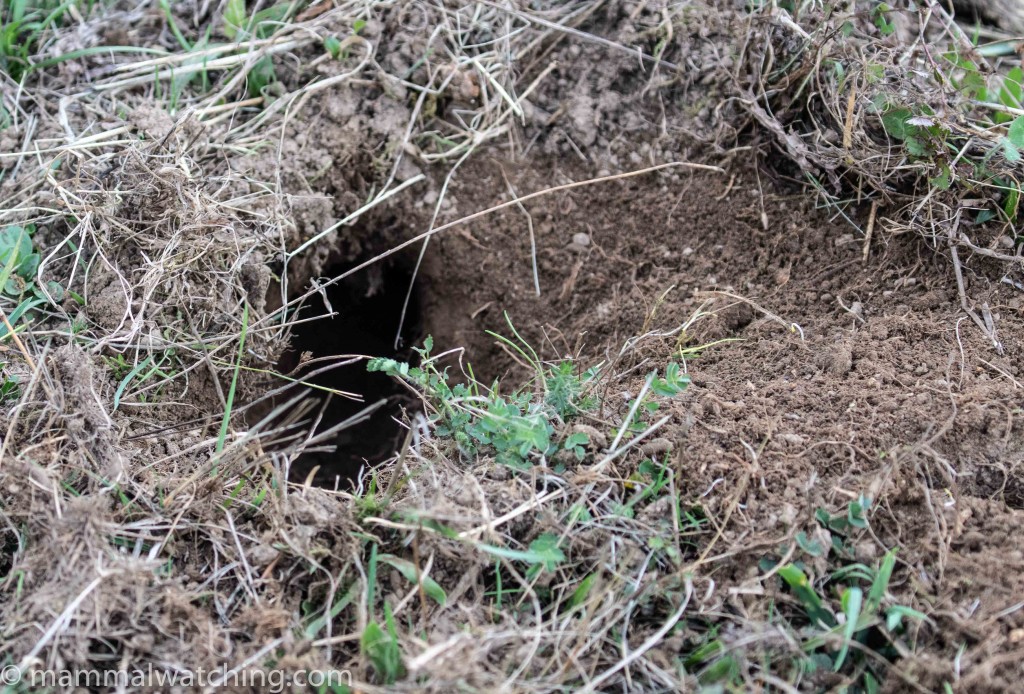 The area around Cervera has all three species of Spanish hare (European, Iberian and Broom). We patrolled the first two kilometers of the P211 just north west of Cervera several times on our first night but didn’t spot one (this stretch of road is a hotspot for the hare). Early the next morning we saw one at the edge of the road and got a nice view.

We saw another here the following night.

Other mammals we encountered included several Red Deer, Red Fox and a Roe Deer. There are also Wolves, Bears and Chamois in these mountains though we made no effort to look for them.

The tapas was as good as ever and as you can see below, restaurants had a sense of COVID humour. A big thank you to Carlos for all his help and good company, and to Ignacio Yufera for his advice and photos. 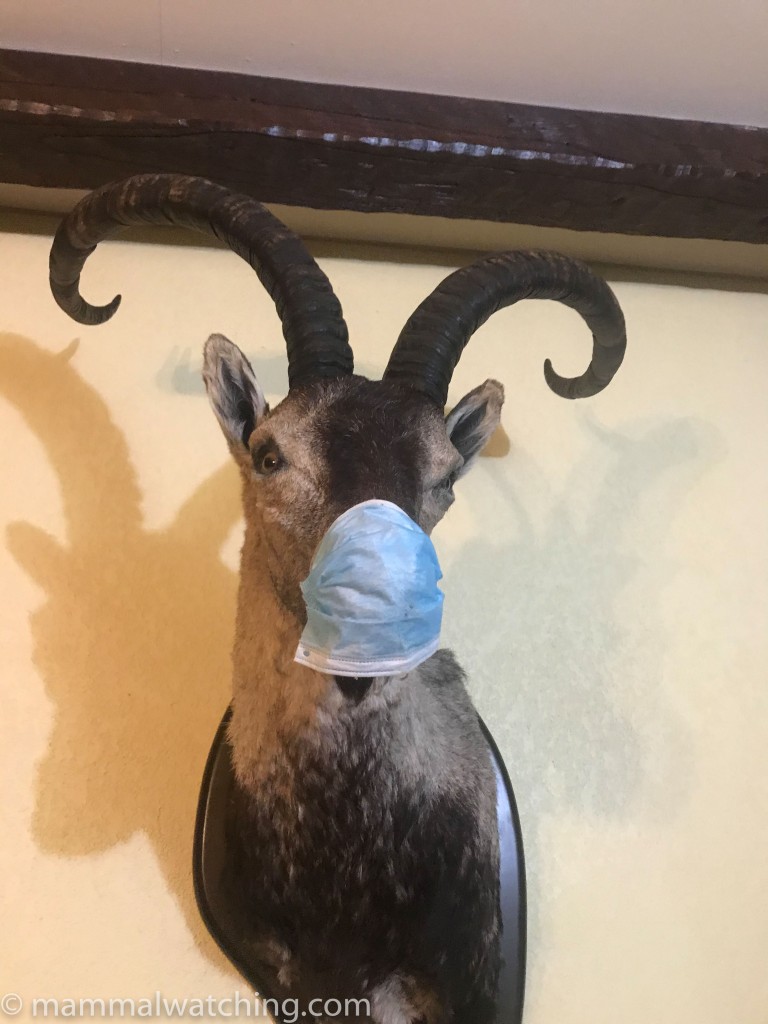