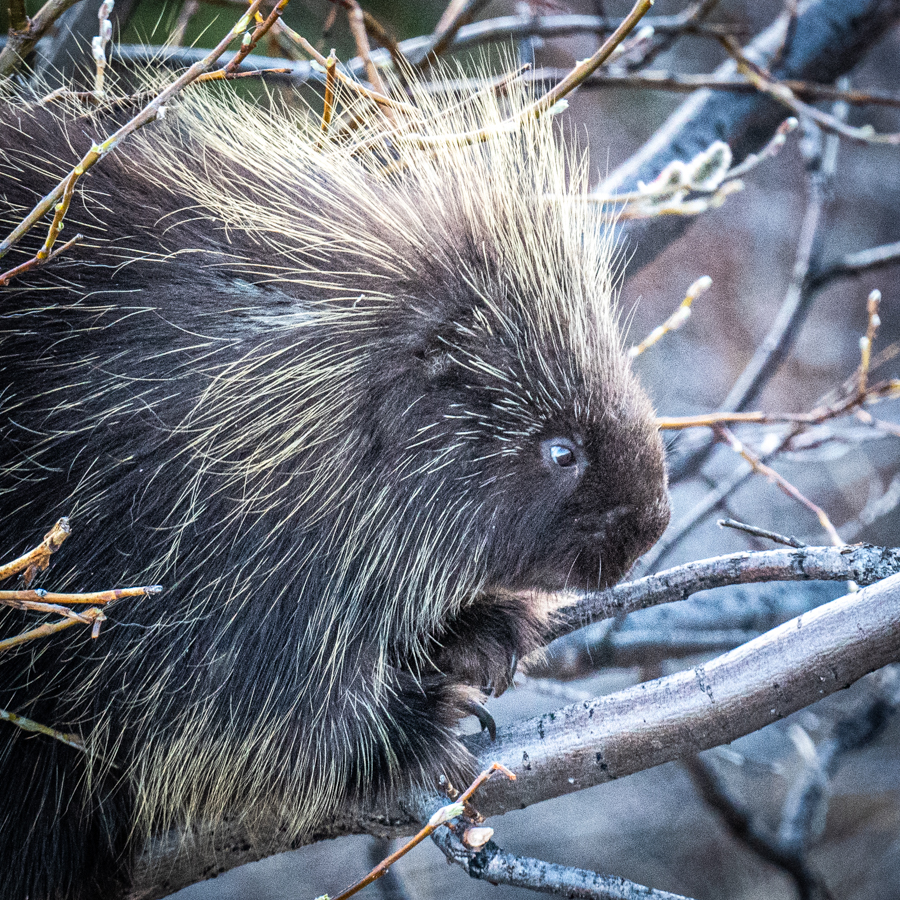 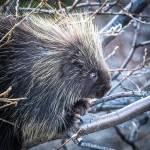 Jose Gabriel Martinez and Charles Hood did a long weekend in Alaska in mid-May, 2021. It was squeezed between other obligations, and while there, we each had academic work to do for a few hours a day; I teach for two universities, and Jose Gabriel is doing his PhD work and getting ready for the upcoming field season. Still, we had a good trip, and so far as I know, I am not “in trouble” for working remotely (sometimes very remotely).

Denali National Park has a paved, 15-mile road that is open to private vehicles always, then in the summer season, to go deeper into the park (and past generic “forest”), one needs reservations on the bus system or reservations at a campground. Past the 15-mile spot, one traverses the park via a well-graded dirt road.

There are two exceptions to the bus requirement. In fall, the park road is briefly open to private cars via a lottery system. And in spring, there is a soft park opening for about a week prior to the official season, when private vehicles can go into the park as well, with the amount of “penetration” controlled by the park service. When we were there, the end point was about the 30-mile mark. This was still before some of the best areas for marmots and pikas but felt better than it probably was — it may not have added to the trip list, but felt as if we were “in” the park and able to do as we pleased.

This spring-time access is well-known and popular, and at times traffic was bumper to bumper. Avoid midday on weekends certainly. In contrast, going in to the park at 2 am (the closest to full dark at this time of year) meant animals were out and there were nil human visitors.

Hire car prices in 2021 were double the rates I had been quoted in 2020 for two planned but covid-cancelled trips. Hotels and airfares were about average. We flew into Anchorage and out via Fairbanks, which added $350 surcharge to the hire car.

American Red Squirrel (Tamiasciurus hudsonicus) — common throughout, with the seeming epicenter being the still-closed-for-season Sanctuary River Campground in Denali.

Arctic Ground Squirrel (Urocitellus parryii) — seen in one location only: Jose hiked upstream from the 15-mile point in Denali and had this (but no marmots or pikas).

Brown Bear (Ursus arctos) — second-hand reports of distant bears in river valleys but our main sighting was in Denali at mile 10, circa 0345. Scat and tracks other places.

Canada Lynx (Lynx canadensis) — one crossing the road in Denali at 0250 between mile markers 4 and 5. Big thank you to Venkat for your report from two years ago.

Collared Pika (Ochotona collaris) — Steese Highway, NE of Fairbanks, at the birding site called Twelvemile Summit (mile 85). This is a good place for Northern Wheatear. From the vista point, walk uphill towards the obvious band of rocks. This should be good for marmots too; I think it was too early in the season still. We had decided not to try Hatcher Pass closer to Anchorage in order to go straight to Denali, since on the park website, it looked like more of the park was open than was the actual case. If you’re not going to Fairbanks and if you don’t have access to the full road in Denali, the Hatcher Pass option is probably best.

Dall Sheep (Ovis dalli) — on the Kenai road less than an hour from Anchorage, look on the tops of the cliffs between mile markers 110 and 111. Also in Denali at miles 15 and 20, high and far. Binos okay but a scope helps.

Moose (Alces alces) — we wanted to get this out of the way early, so as soon as we landed, we started looking in Anchorage. One seen between the airport and Kincaid Park, in a residential neighborhood. Seen as expected in Denali, but “out” more at dawn and dusk than midday.

North American Beaver (Castor canadensis) — two: one at midnight near mile marker 7 in Denali and one midday at mile marker 261 on the Park Highway north of Healy.

North American Porcupine (Erethizon dorsatum) — ones and twos on the Denali roads in daytime; up to eight in two hours on the 2 a.m. surveys.

Northern Red-backed Vole (Myodes rutilus) — at Aurora Denali Lodge in Healy, there are two hotel wings. The left-side one (south side) abuts mossy forest and has this species visible from the veranda or from the forest floor, but only at darkest part of the night. Heat scope or Sherman traps required. They also come up under the deck, so check there.

Red Fox (Vulpes vulpes) — two in Fairbanks on same night. One on highway and one at Creamer’s Field.

Snowshoe Hare (Lepus americanus) — a few on either side of mile 15, Denali, mostly at night, and also Sanctuary River Campground and at night on Stampede Road north of Healy.

Tundra Vole (Microtus oeconomus) — one at 0325 on Stampede Road, half a mile uphill from its junction with the Parks Highway north of Healy.

Things not on the list: Belugas, Bats, and Bog Lemmings

We tried for beluga from roadside lay-bys south of Anchorage but it was low tide, so had no luck. We spoke to a marine mammal survey team near the airport and in two weeks of looking, they had had zero beluga sightings in that part of Cook Inlet. I always wonder if a sightseeing plane wouldn’t be a possibility (plus would be fun anyway). I wish now we had done that directly on landing, since it was good weather and we got Dall Sheep later in Denali. Instead, we went by car south of Anchorage to try for whales from shore and also birded Potter Marsh.

For bats, an hour at midnight at Creamer’s Field in Fairbanks did not get any hits on a handheld detector, even though habitat looks quite good (marshy fields adjacent to flooded forest).

A new site to think about is on Stampede Road just north of Healy, which is just north of Denali. This is a sign-posted residential road off of Parks Highway. Take the paved road until it ends (8 miles as a very approximate guess) and then stay on the dirt road another mile. On the left (south) side is an obvious boardwalk through boggy tundra. This is a transect area for NEON, National Ecological Observatory Network, and is open to the public. A heat scope expedition at 2 a.m. got us absolutely nothing, but I swear this looks perfect for lemmings and such. The boardwalk gets you up above ground level, and unless you’re a boot-clomping dolt, you can walk in silence. If you are staying in Healy, this may be worth a try — or at least it is worth a try until a second or third report on this site confirms no luck also.