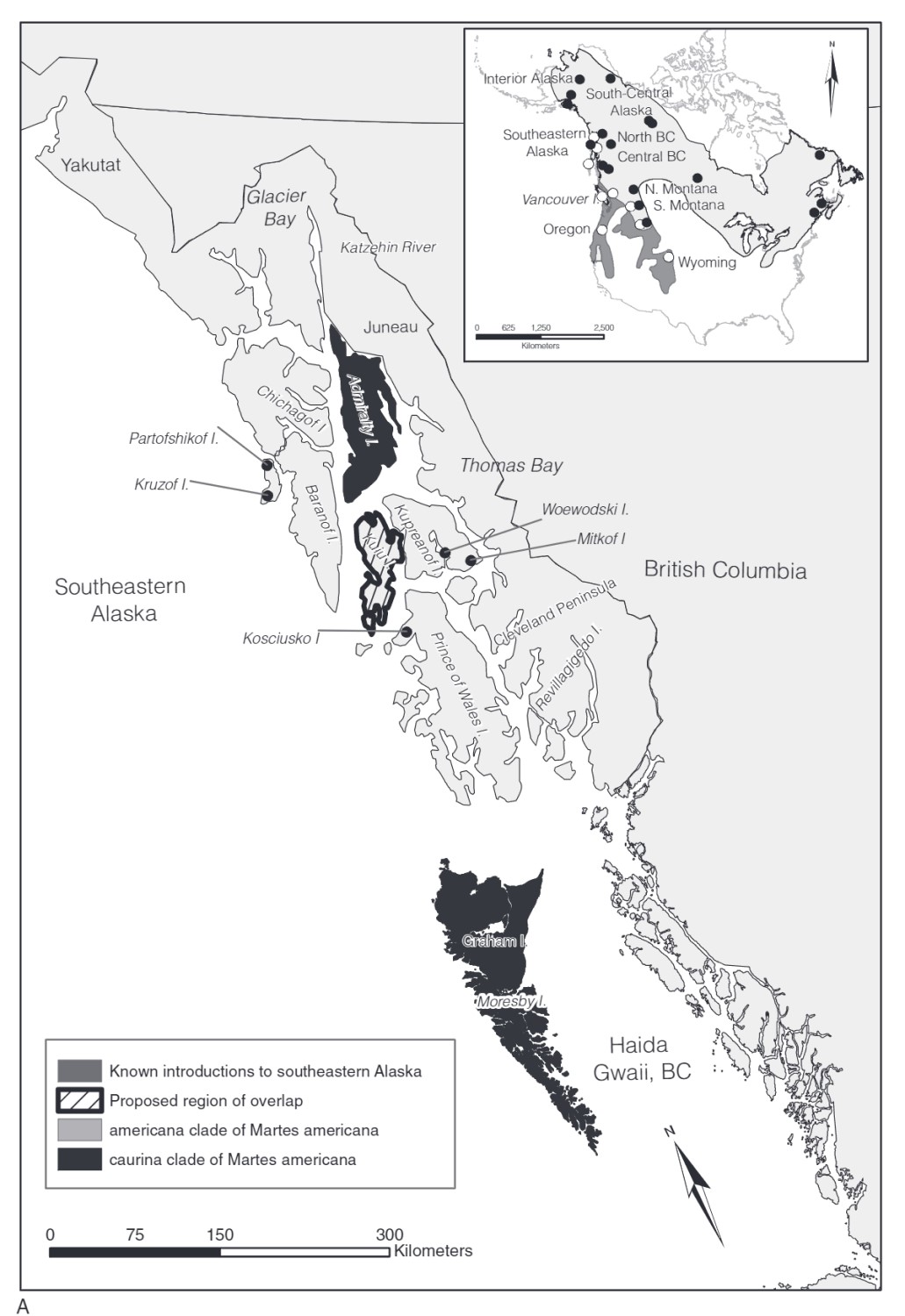 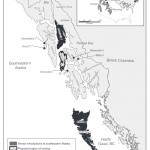 1. A new species Molossus melini described from the pampas of Santa Fe Province, Argentina. I have PDF if anyone’s interested.
2. A new book chapter providing more info on proposed American marten split. I have the PDF, here’s the range map from there. It looks different from ranges of other East-West species pairs, and I think the explanation is that Martes americanus is gradually replacing M. caurina. The two forms hybridize in the wild, just like many other martens (in the sympatry zone of sable and pine marten, up to 70% of all animals in some areas are hybrids).