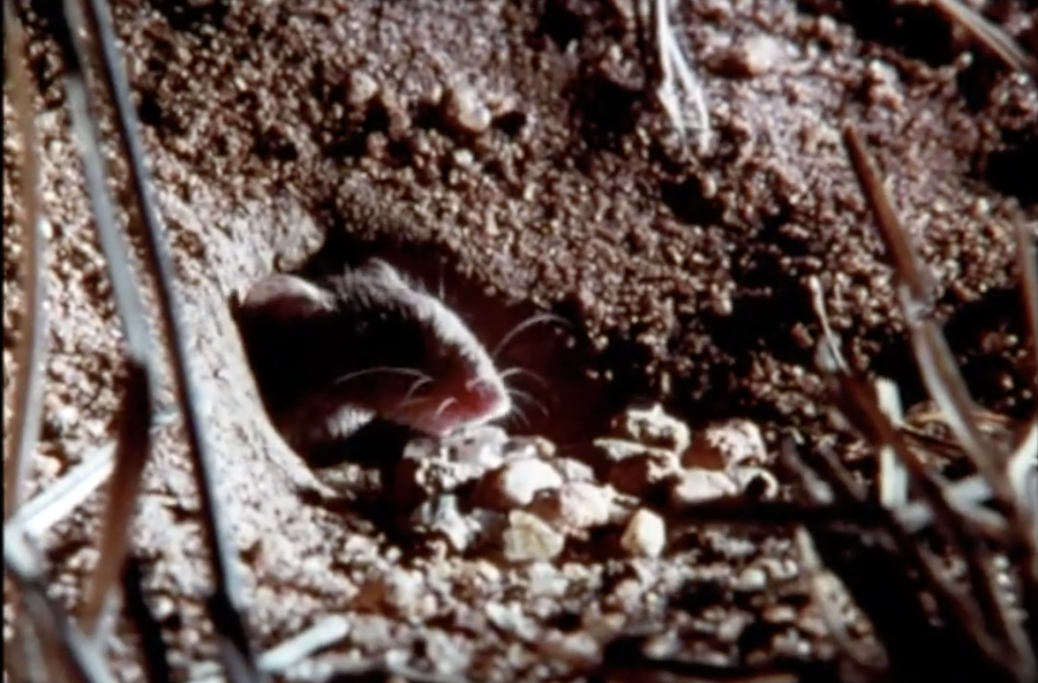 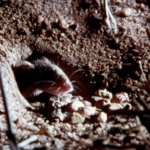 I’ve got an intriguing question for you all… I’ve come across an incredible ‘fact’ about the African Pygmy Mouse that I’ve not been able to verify in the scientific literature. Apparently, the mouse stacks up pebbles at the entrance to its burrow as a means of sourcing drinking water during the dry season in East Africa, earning it the local name ‘pebble herdsman’. The pebbles sit at the interface of the warm moist air of the burrow and the cool air outside during the night, which causes dew drops to form on the pebbles that the mouse can lap up in the morning – has anyone ever heard of this?

The behaviour is described in a sequence in the wildlife film ‘A Season in the Sun’ (1989) (see screenshot), and in a few scattered blog posts, which may all be referencing each other. I’d love to hear from someone who can confirm or deny this story, so let me know what you think. Was it made up for TV or could this be a true under-studied drought-adapted behaviour?