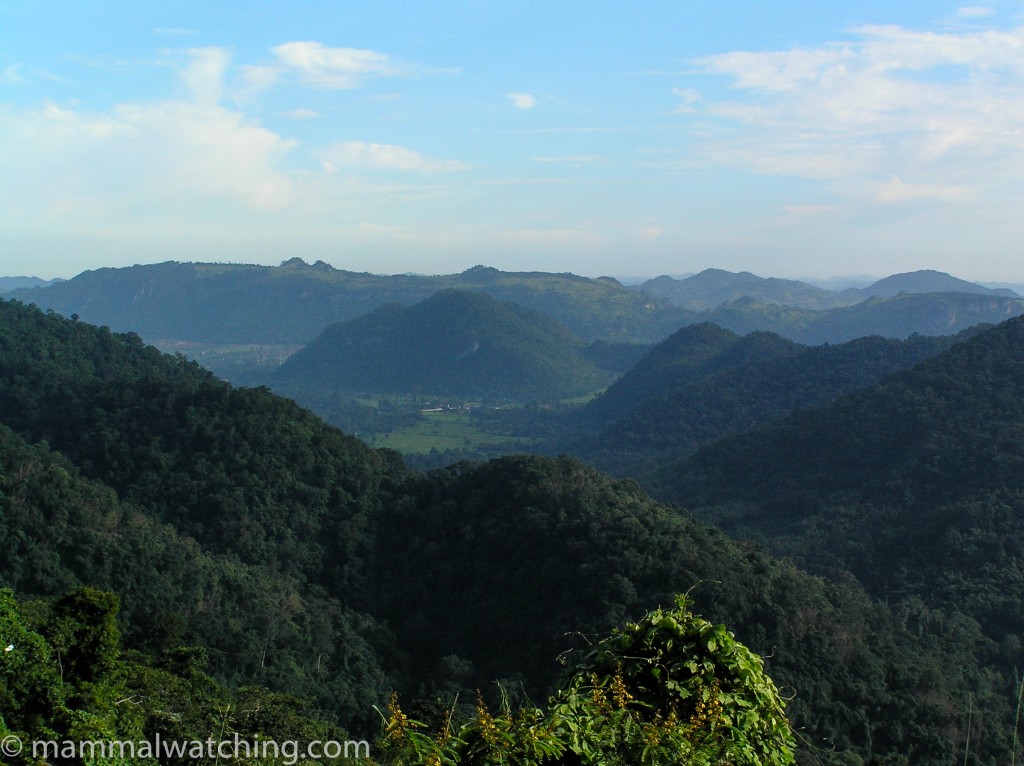 I visited Khao Yai again in September 2006 during a weekend stopover in Thailand. The park, which is only two hours from downtown Bangkok, seemed better than I remembered from 2004: perhaps there really were fewer people and more animals, or perhaps moving to Europe from Australia has lowered my expectations. Either way, it was a good weekend.

I used Pa (Panuwat) from Wild Bird Eco again to organise my trip, which he did very well. But this time Pa hooked us up with a Khao Yai guide – Nine – who also runs the Green Leaf Tour agency and guesthouse.

Nine was fantastic. He was very knowledgeable about the birds and mammals, speaks excellent English and is bloody good at finding things. I wanted to see two animals in the park: a Pileated Gibbon and a Binturong. The former are supposed to be rare in Khao Yai. The latter are quite common though hard to find. 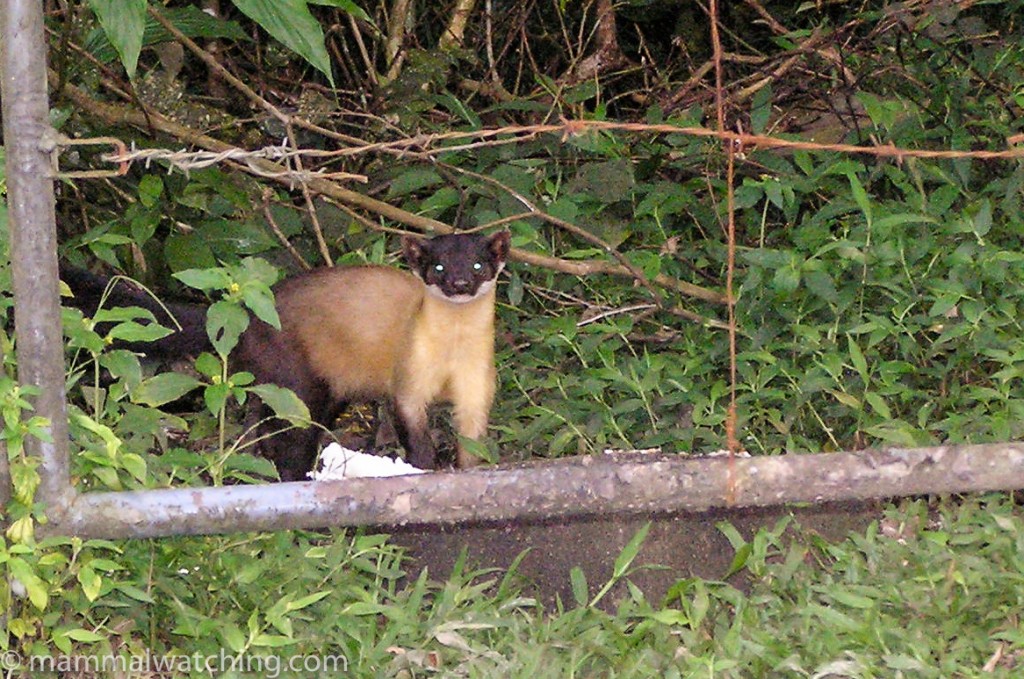 Nine tracked down a family of Pileated Gibbons without too much trouble. Their call is distinctive and he knows the territories of the different groups. Later on that day we saw another male from a different group cross the road that runs up the mountain.

Binturongs proved trickier. Nine knew the location of several fruiting fig trees which we visited each day. But no Binturongs. He saw one two days after I left.

We saw a few mammals in those 36 hours. White-handed Gibbons were easy to see each morning. Giant, Variable and Grey-bellied Squirrels were common, as were Northern Pig-tailed Macaques, which panhandle along some of the roads near the visitor centre. 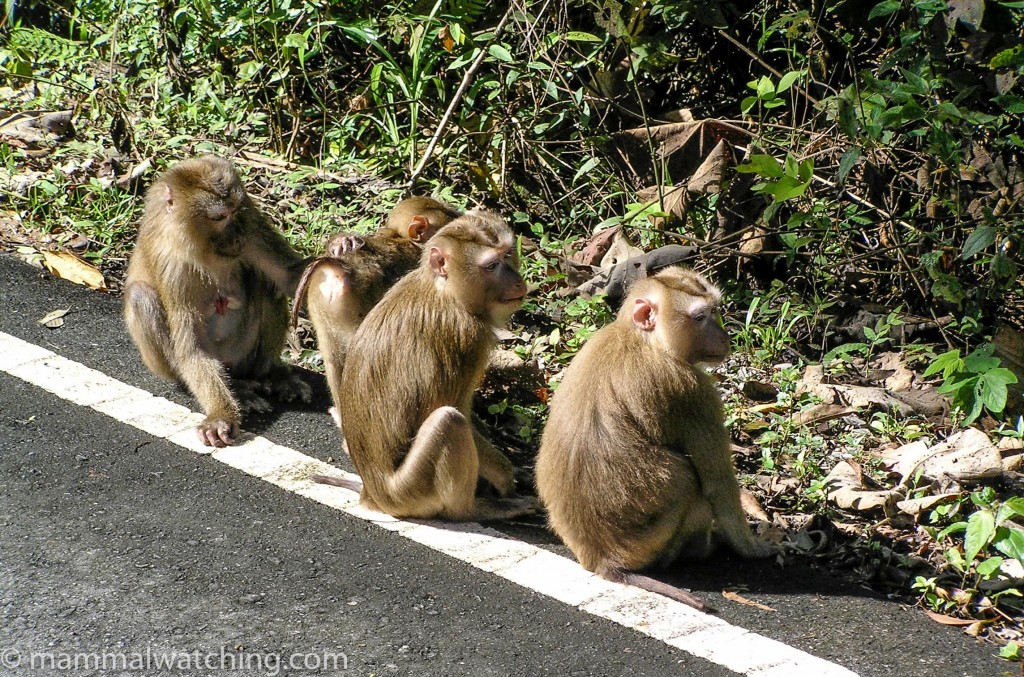 In the evening Sambar and Northern Red Muntjacs are all around the accommodation blocks and I also spotlit a Malayan Porcupine here.

Over the past year or so the soldiers that guard the gate to the radar tower at the top of the mountain have taken to leaving food scraps out which have started attracting animals. 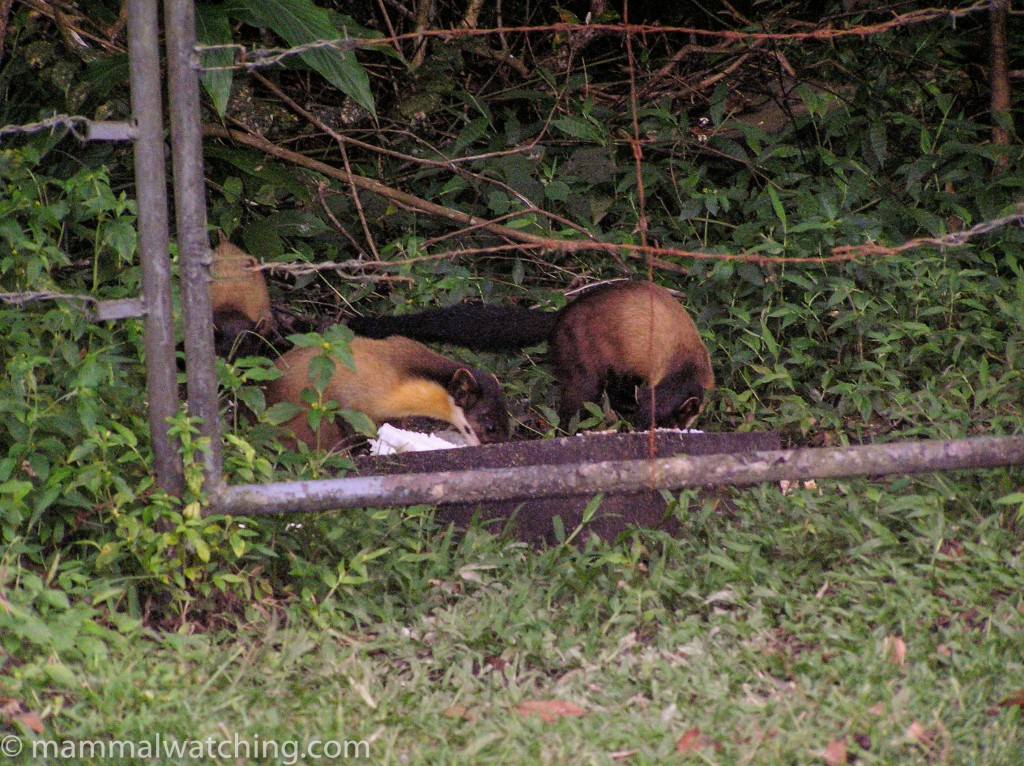 At 5 p.m. each day they leave a pile of rice just behind the sentry point. We spent an hour watching a group of Yellow-throated Martens feeding here. These are great animals and it was excellent to be able to watch them so well and for so long. An Asiatic Black Bear is also a quite regular visitor, though he/she hadn’t been seen for a couple of weeks. 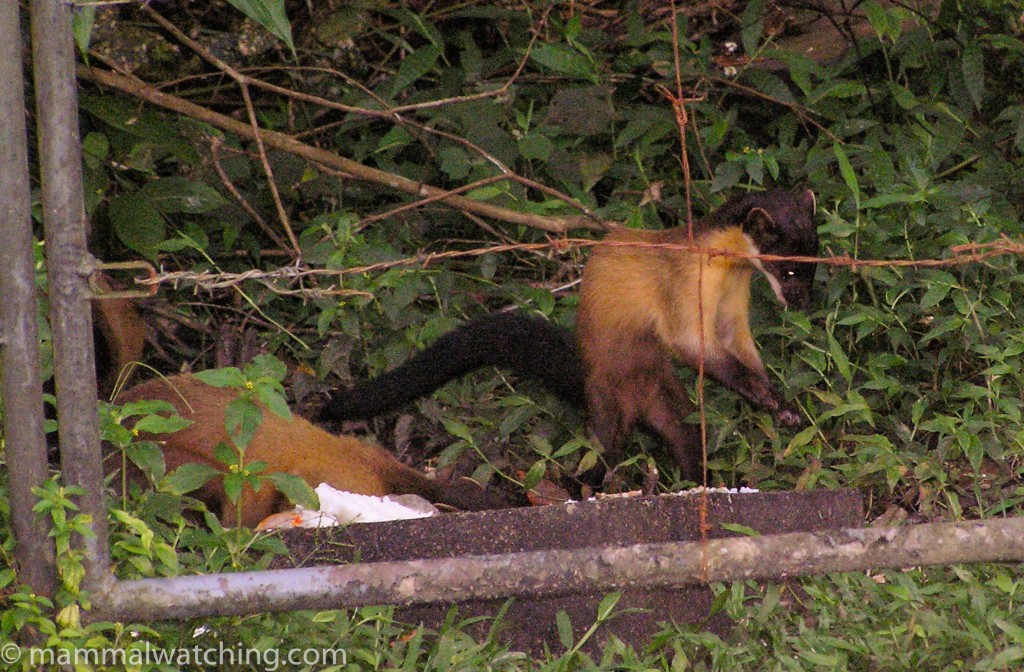 At dusk, just below the gate, some bats streamed across the road. I caught one in a net to identify it as a Malayan Horseshoe Bat (Rhinolophus malayanus). I’d seen this species further south where it was rather more brightly coloured.

Spotlighting from a vehicle is not allowed in the park, other than on one of the official organised – and not very good – tours. I wandered along the road though with a light and saw a Common Palm Civet. 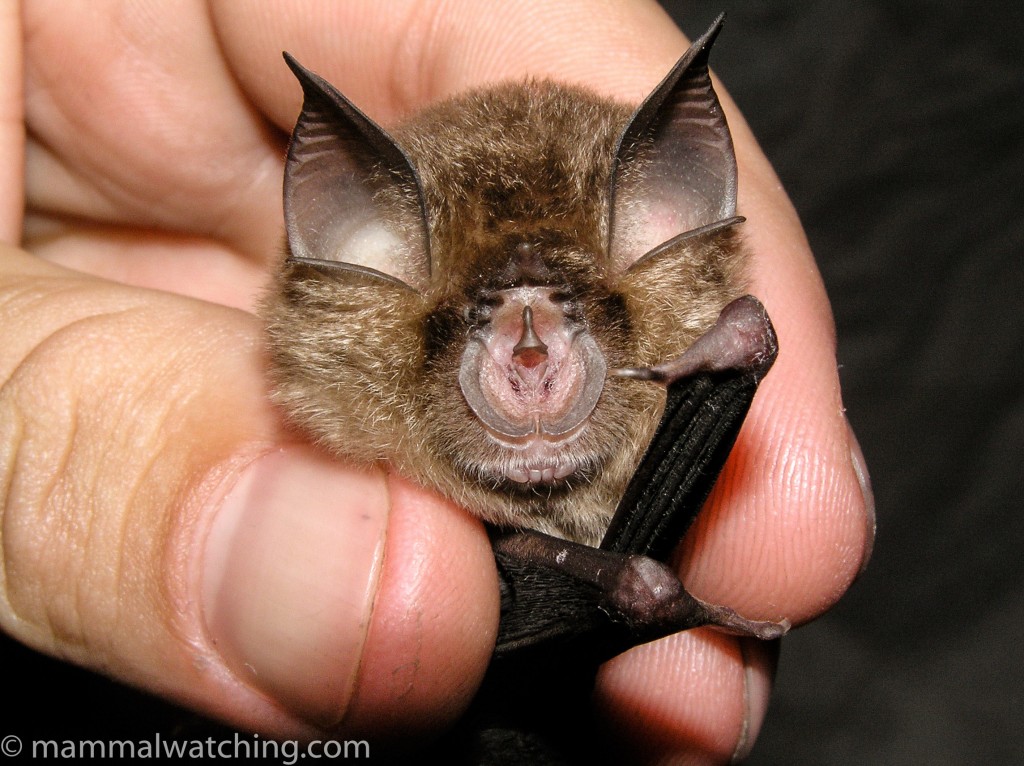