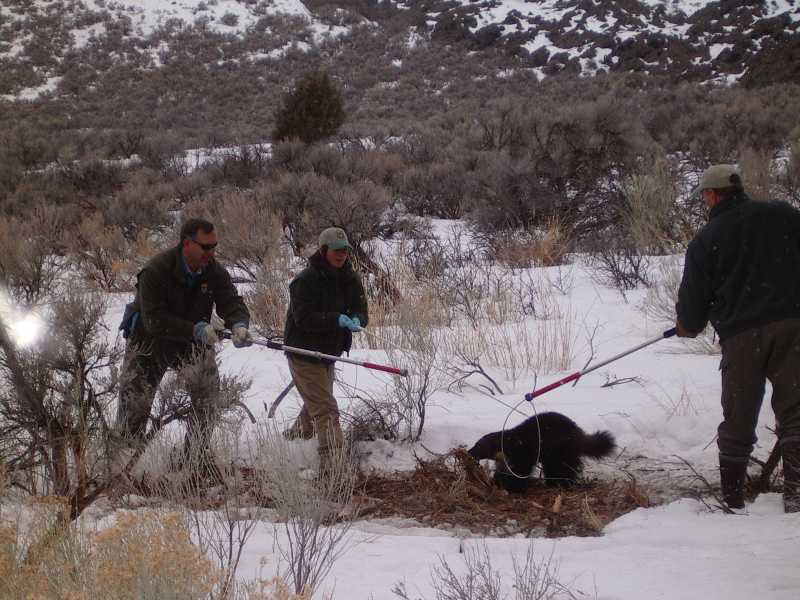 Wolverines are one of the least studied animals in the U.S. Rocky Mountains. Their numbers, ranges and travels are little known. But lately wolverines have been showing up in some surprising places in the state of Idaho.

I previously reported on this blog on a wolverine photographed by a camera trap in the Boise National Forest.

Recently, the one pictured above was accidentally caught by a recreational trapper near Idaho Falls, a city of 50,000 people and considered well outside the range of the wolverine. The wolverine was checked out by a veterinarian and safely released in more suitable habitat. See more photos and the rest of the story here.

Seeing a wild wolverine in Idaho is still the longest of long shots. Probably the best bet to see one is in Finland, as reported in Jon Hall’s excellent trip reports.  But if you’re on a wilderness trip in the Western United States, you never know–wolverines are out there.–Matt Miller