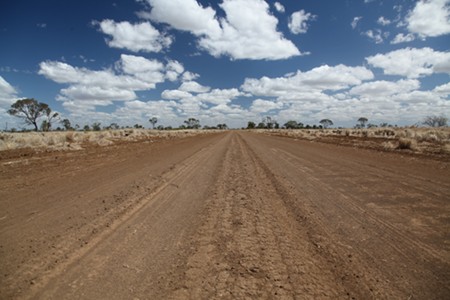 Epping Forest National Park near Clermont is home to the world’s last few remaining Northern Hairy-nosed Wombats and can only be entered with a permit. In early September 2011 I spent a couple of nights there. I arranged my visit through Queensland NPWS: the scientist in charge – Alan Horsup – takes volunteers there for one week most months. They typically rendezvous in Rockhampton, 600km from the park and drive in, but I couldn’t go for the whole week so flew to Emerald and met them in the camp after a 3 hour drive.

Although there are only about 160 wombats left in the park, the good news is that they have recovered from a population of fewer than 40 animals in the 1970s , largely thanks to the dedication of Alan over the past 20 years and the predator (largely Dingo) excusion fence that encircles the forest. Indeed as recently as 1997 there were only 65 animals left. A small second colony has now been established at Richard Underwood Nature Refuge, 70km north of St George in south west Queensland. 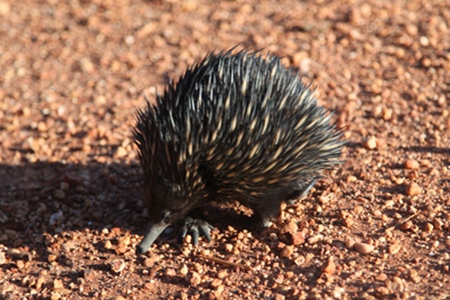 I saw an Echidna crossing the road about 50km before Epping and then many more inside.

During a night’s spotlighting we saw 5 Wombats, a couple of Rufous Bettongs, a Brushtail Possum (very unusual here), and plenty of Eastern Grey Kangaroos and Swamp Wallabies as well as lots of Rabbits. 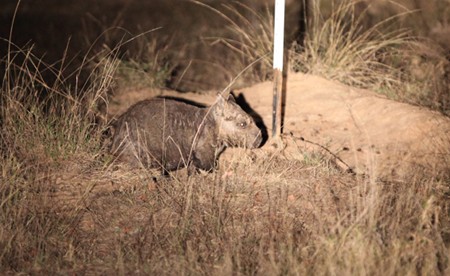 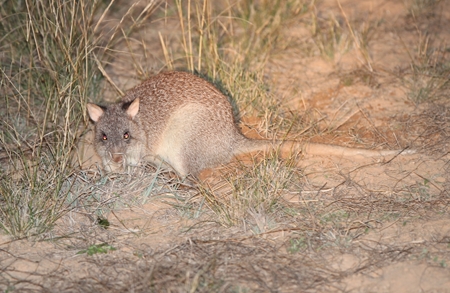 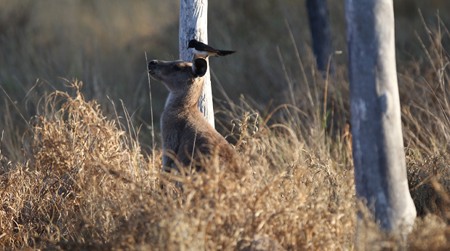 I spent thursday working with the other volunteers (brushcutting the Buffel Grass around the complex wombat burrow labyrinths and setting camera traps) and didn’t see much of note other than blisters appearing on my fingers and this impressively large Goanna. 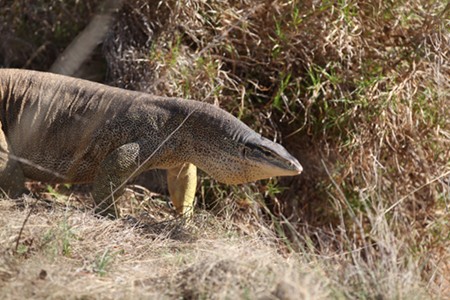 Some of the Wombat holes were the size of Aardvark burrows. 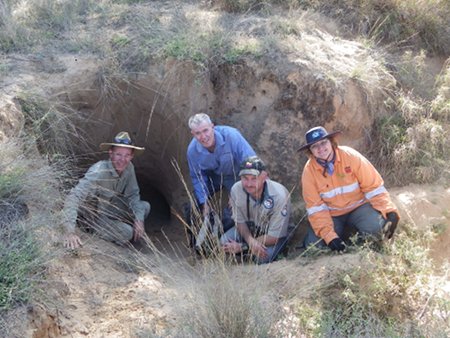 We didn’t spotlight on the second night but someone spotted a beautiful Spectacled Hare Wallaby near camp (my first on the mainland). This is a hard species to see so another good reason to visit. 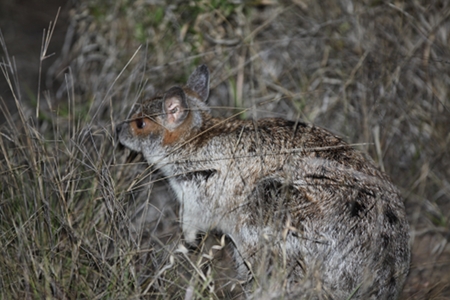 After leaving Epping I headed back to Bladensburg National Park near Winton, about 600km west which is home to Julia Creek Dunnarts and a few other interesting and hard to find inland species including Forrest’s Mouse and Narrow-nosed & Long-tailed Planigales which I’d visited for a night once before back in 2004.

IThe good news is that the Dunnarts are still there. The ranger told me they had caught four animals just a fortnight before I arrived (I’m not sure of the trapping effort involved). The bad news is that I didn’t see any small mammals at all during 5 hours spotlighting on foot and from my car over 2 nights. It was a full moon which presumably didn’t help. I didn’t even see any Long-haired Rats which had plagued fairly recently. The ranger told me they were now in decline but I would “definitely” see a few. Red Kangaroos and Wallaroos were particularly abundant. 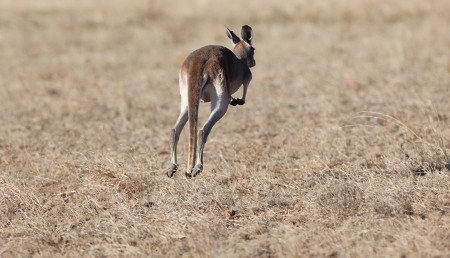 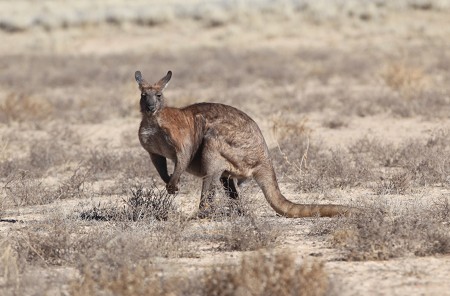 The only other mammals I saw were feral Cats and Red Foxes.

And I was reminded how glorious the Australian outback is – the space, the stars and the dawn chorus. 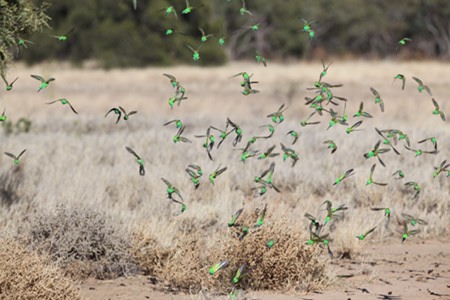