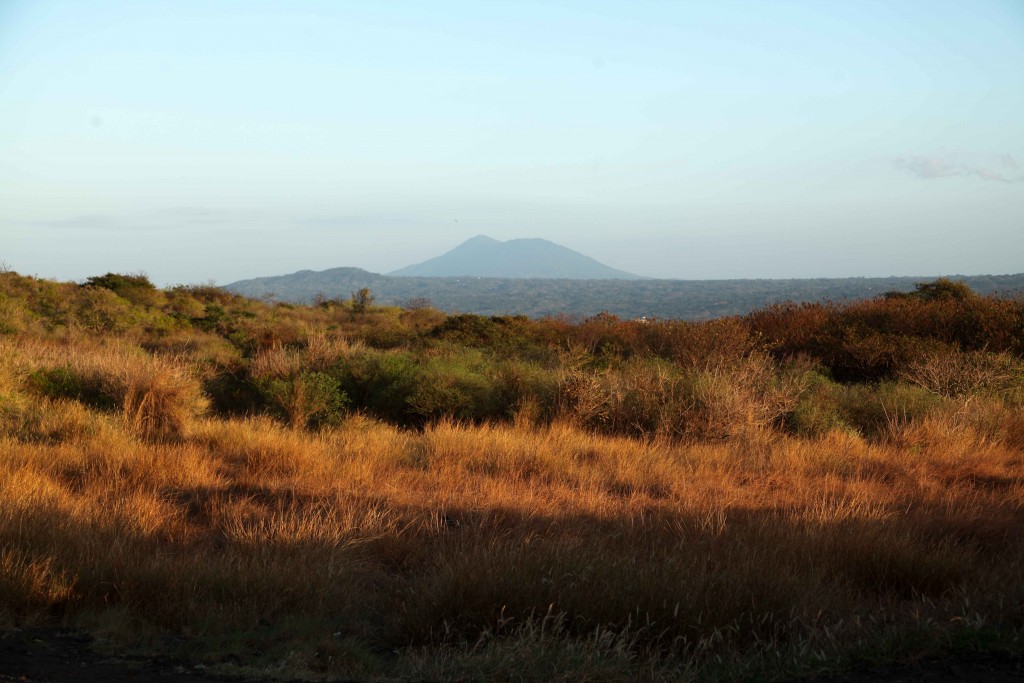 I first visited Nicaragua in February 2013, when Fiona Reid led a batwatch trip to the country (for a full report of the tour see here). Although I could only get away from work for a weekend, I couldn’t resist the chance to catch bats emerging from the lava tubes of Masaya Volcano. In retrospect it was – from New York – a long way to go for the weekend and I loved what little I saw of the country, so I should have stayed longer. It is definitely somewhere to return to, especially when I heard about the other great stuff Fiona found on her trip.

I got into Managua at 2 p.m. on Saturday and a car – organised by the excellent local ground agent Rodolfo Ortega – was waiting to drive me down to San Juan del Sur. I had 24 hours before my Managua bat catching began and the mammal watching opportunities close to Managua were apparently quite limited. So I decided to head to the beach and do some dolphin watching. 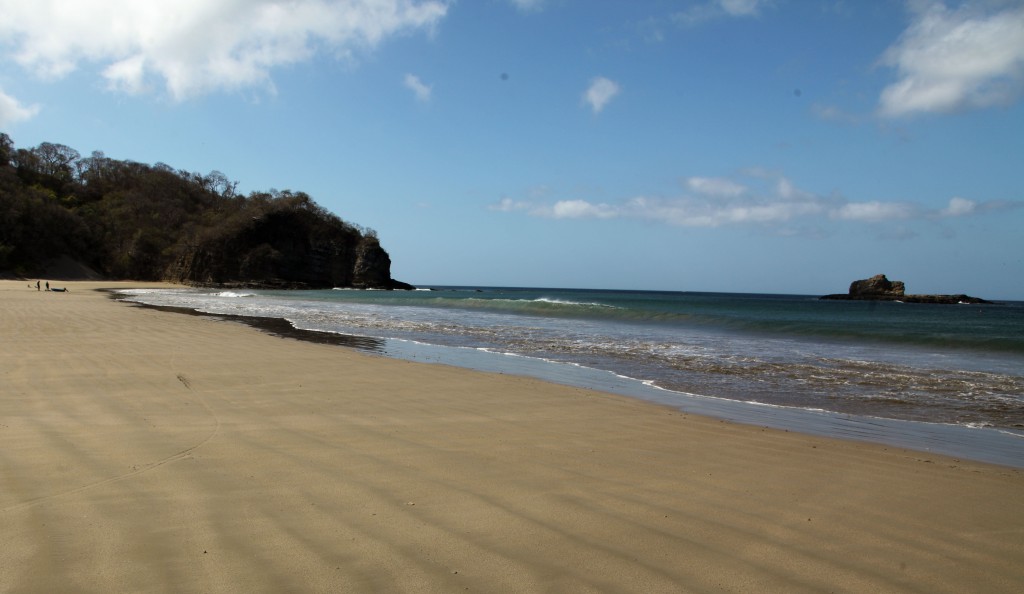 I spent the night at the comfortable and relaxed Mango Rosa resort down near the beach. It is set in a patch of bush and the barman spoke of the many animals he had seen in the area, including flying squirrels and cats. But the lobster was too good, the beer too cheap and the wind too strong for me to do much mammal watching that night, although I did wander around with a spotlight and found a Virginia Opposum. 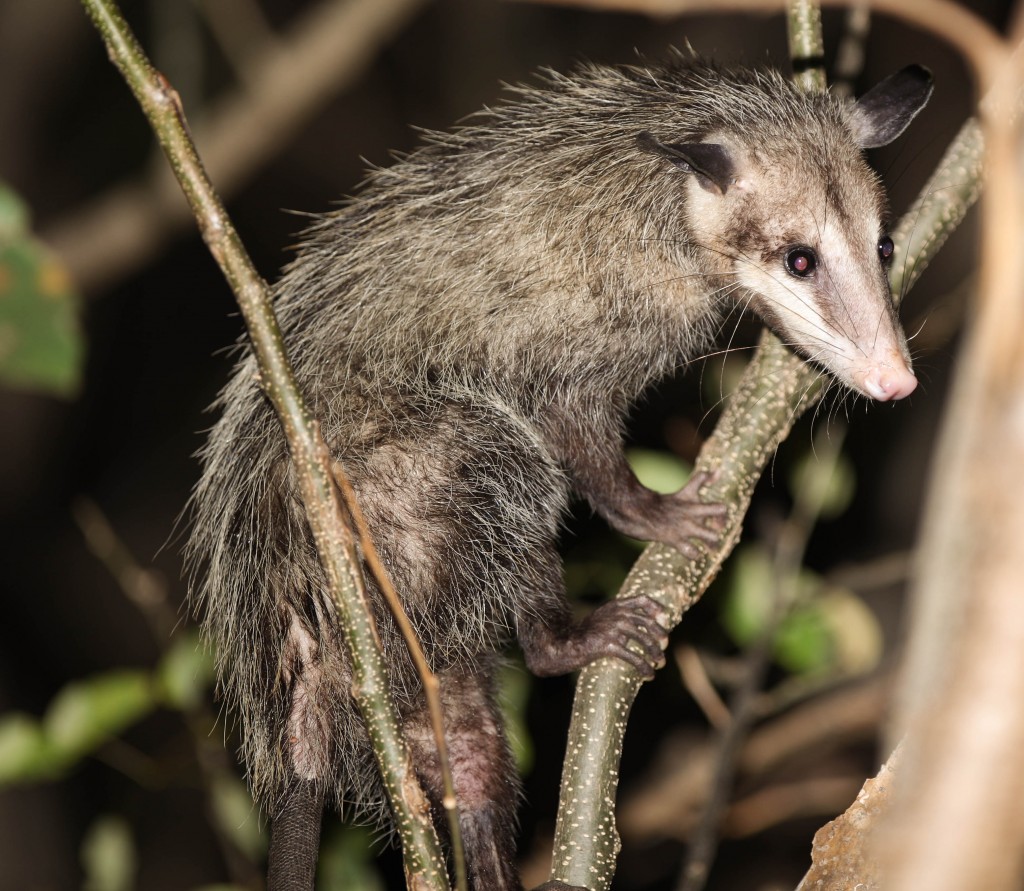 The next morning Greg, the manager of Mango Rosa, fixed me up with a boat to go dolphin watching. The trip was cheap and easy to arrange and the boatman knew his stuff. Despite choppy seas we found a pod of Pantropical Spotted Dolphins within 10 minutes and stayed with them for another 45 minutes. They appear to be very common here, and I think they are the commonest dolphin off this bit of the coast. It was only the second time I’d seen this species – the first being some 10 years earlier off of Sydney. 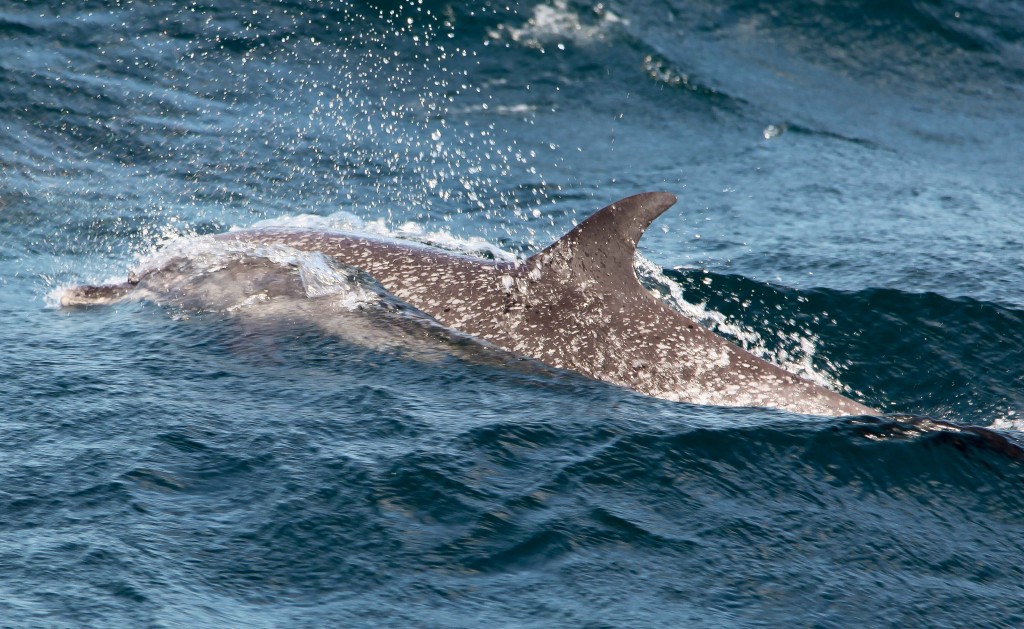 Although I was attempting to talk in Spanish, and I didn’t have a field guide with pictures, I think another species – probably Rough-toothed Dolphin – is not uncommon off here either, though you need to go a bit further out. And if I understood the boatman and they are more regular in the middle of the year.

I was back on the beach at 11.30 a.m, and back in Managua before 3 p.m, where I had time for a chicken sandwich and fries from the “authentic” Peruvian restaurant next to the hotel where Fiona’s batwatch group were staying.

Masaya Volcano National Park is only 20 minutes from downtown Managua. It features an impressively smoky and stinky caldera and a number of trails, several of which feature caves that are home to bats, including a colony of Common Vampire Bats it seems, though we couldn’t find them.

Fiona Reid had invited me along for the night’s trapping after I’d been asking about seeing Ghost-faced Bats, a species rare in the USA but commoner further south. The trip had been planned for a couple of months and by the time I got to Nicaragua I had run into some Ghost-faced Bats the previous weekend in Puerto Rico. In fact I saw the similar Antillean Ghost-faced Bat, not the larger, regular flavour, here in Nicaragua; so while I was still very keen to see the Ghost-faced Bats, some of the pressure was off. 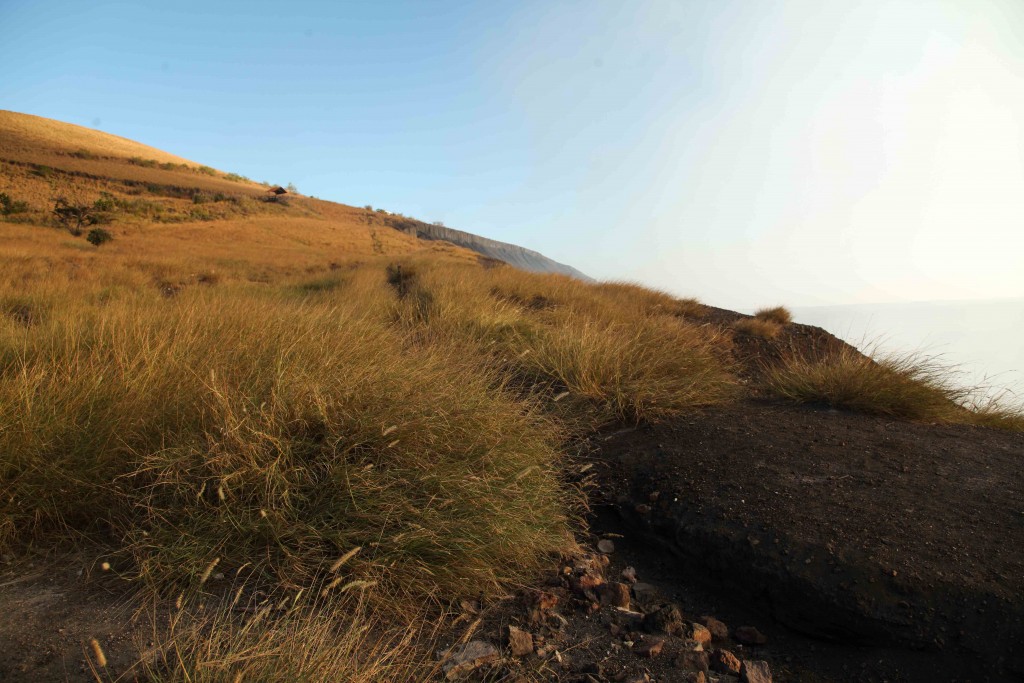 View from the caldera towards the bat cave

There are five species of bats comprising the 30,000+ individuals living in the lava tube we had the harp trap set up outside. The cave is along a popular tourist trail and we captured the interest of as many tourists on night hikes as we captured bats I reckon. 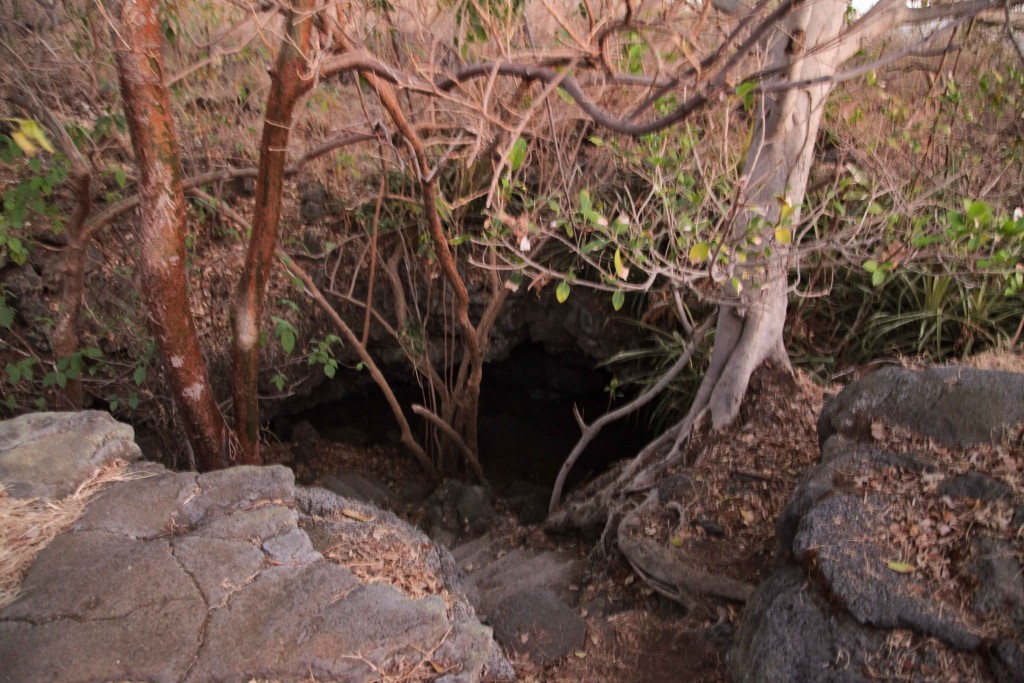 In any case in a couple of hours trapping we caught about 500 of the four other species living in the tubes: Common (Parnell’s) and Lesser Moustached Bats, and Davy’s and Big Naked-backed Bats. But sadly no Ghost-faced Bats, which were always going to be the hardest to catch. 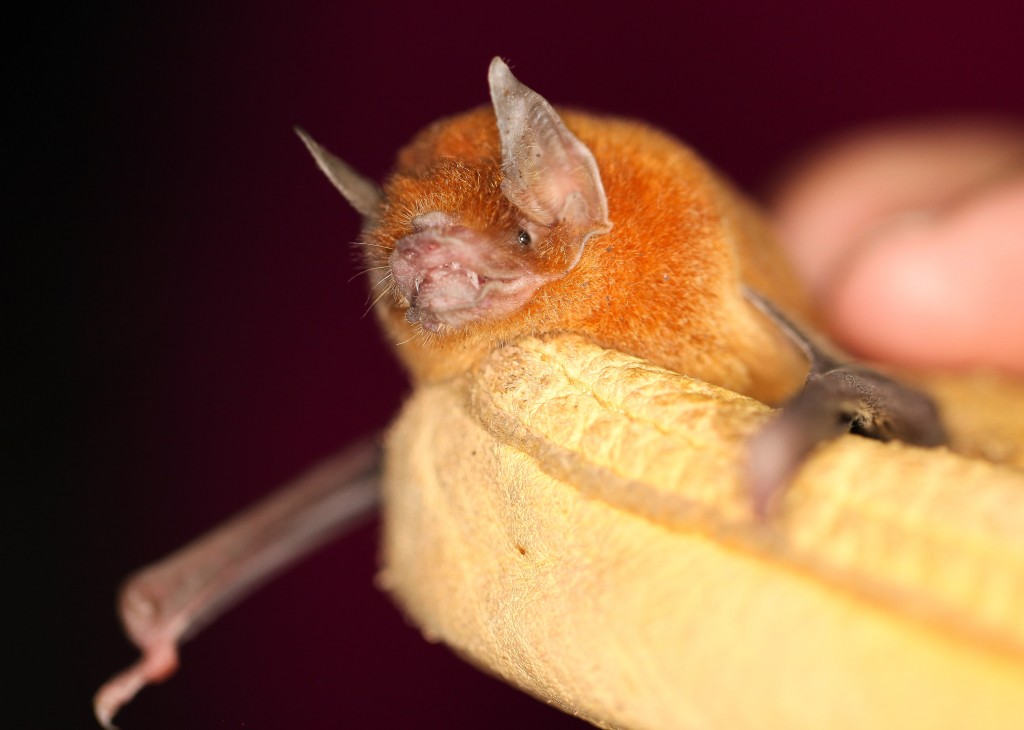 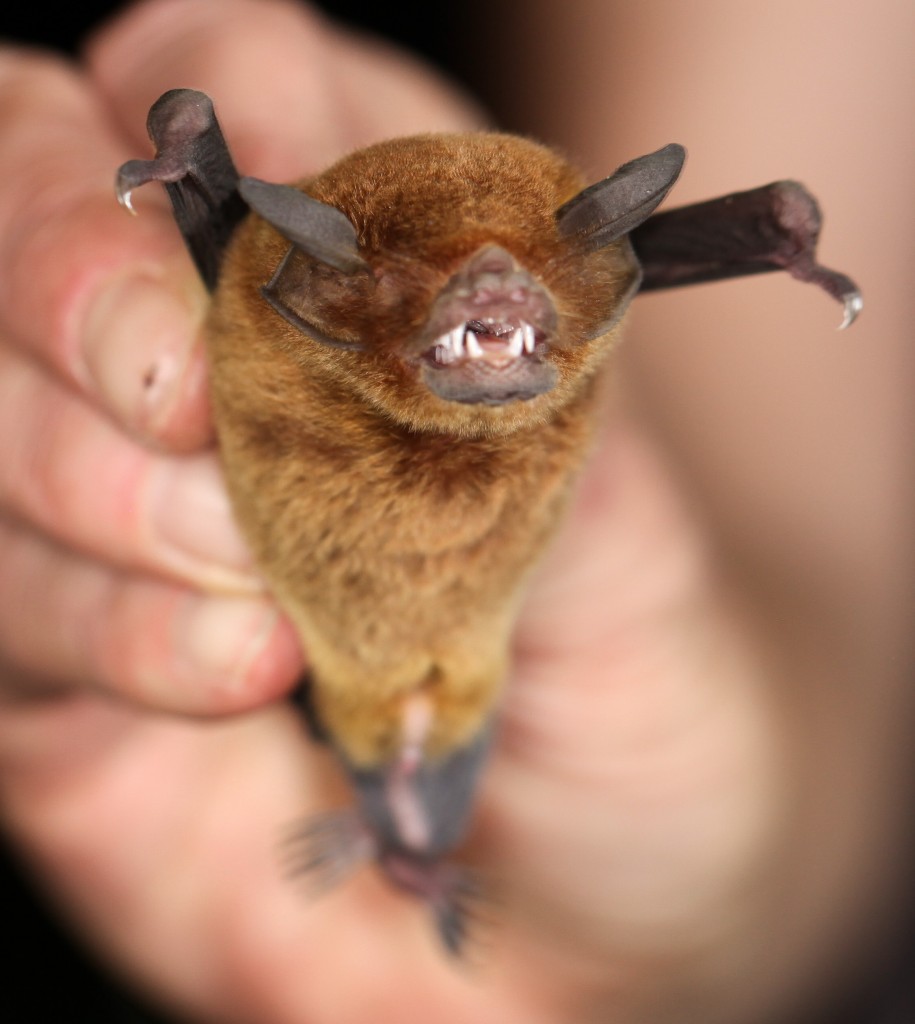 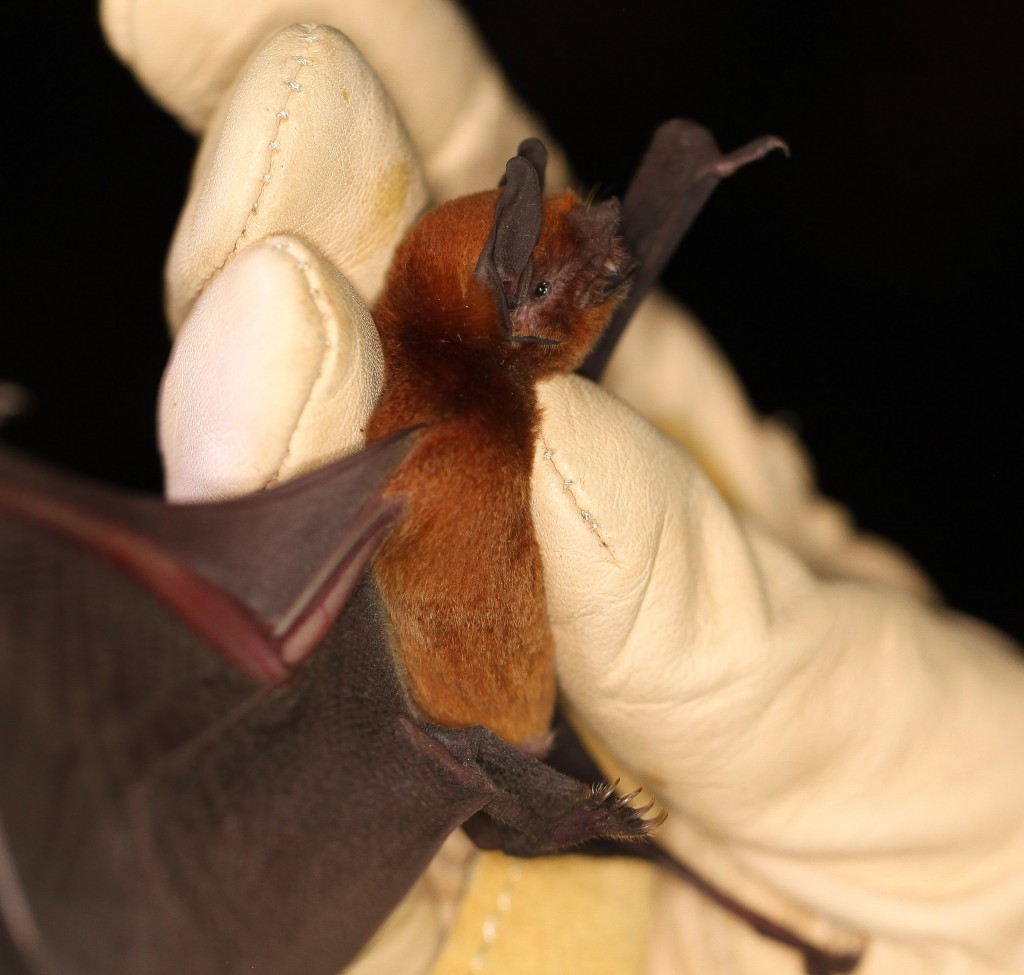 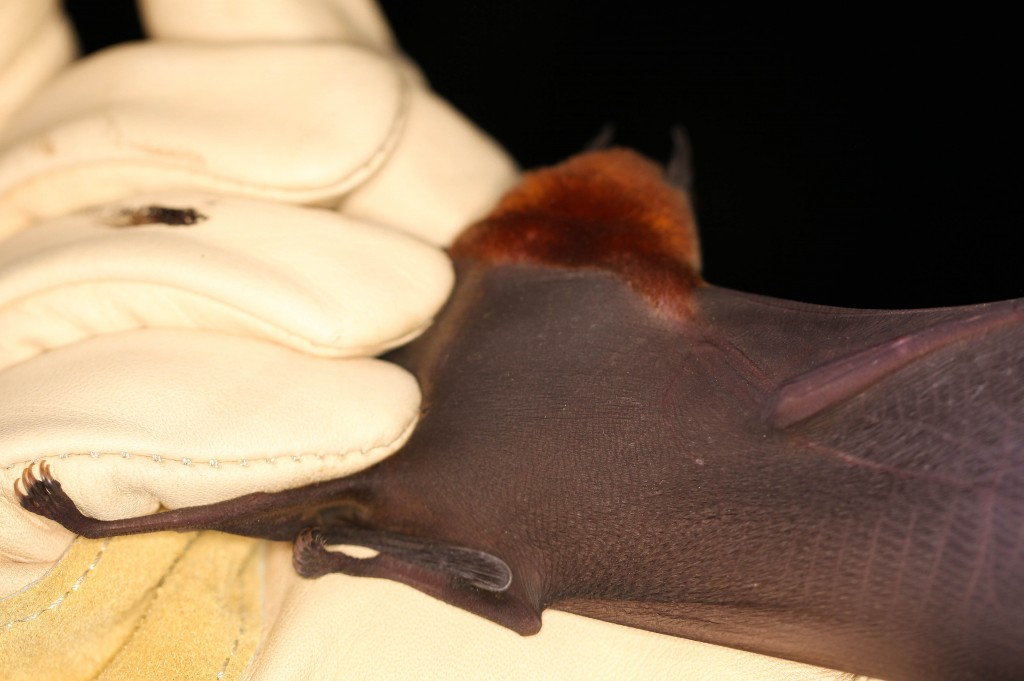 We also caught a second species of naked-backed bat: the Big Naked-backed Bat (Pteronotus gymnonotus). It is hard to see in the picture below, but gymnonotus, as opposed to the smaller davyi, has a thin sheen of fur on the rump. 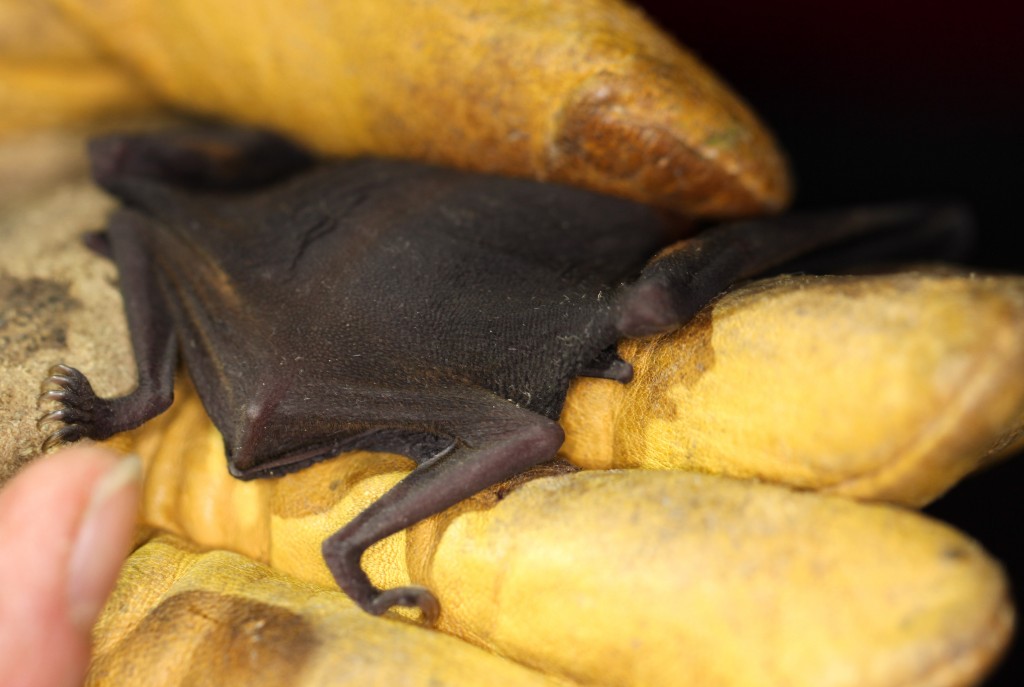 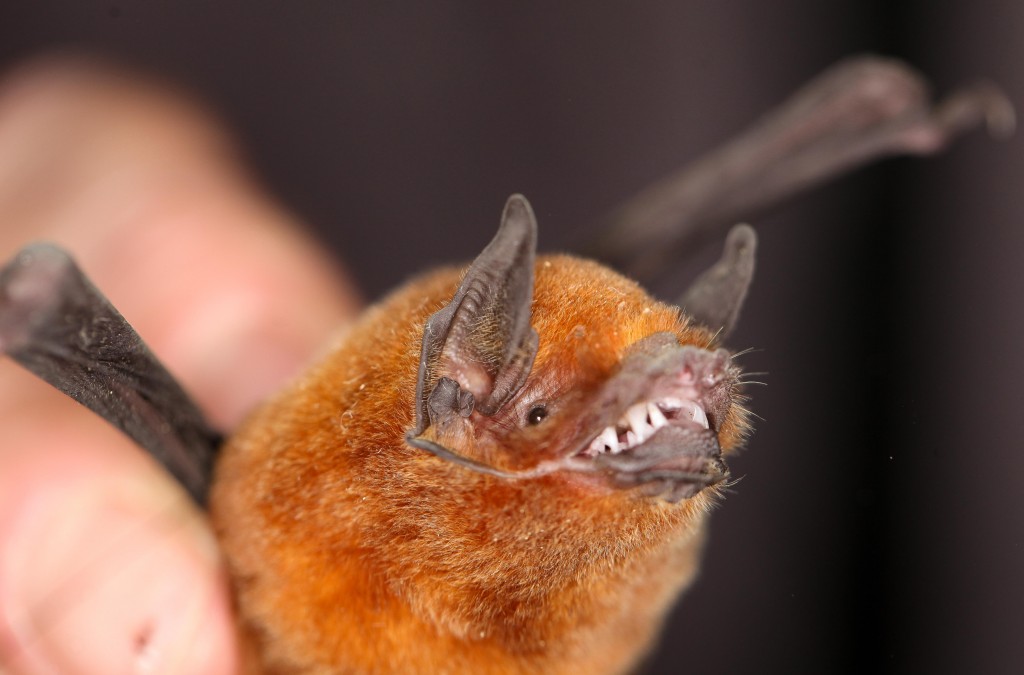 Fiona took a few of us into the cave in an attempt to find the mormoops. Access was easy, even if the thick slippery guano was unpleasant. The bats inside were all very flighty and Fiona got a look – and me an untickable glimpse – at a Ghost-faced Bat on the wall.

I was half-tempted to dash back the following morning to try again in the daytime to see if the bats were more settled but decided I didn’t have quite enough time. It would be worth checking out though as would some of the other caves on the longer trail which are home to other species. Woolly Opossums too are apparently not uncommon in some of the banana plantations close to Managua.

Better, though, would be to spend longer than a weekend in this beautiful country.