Back in August 2009 I spend a few days at Lore Lindu National Park, central Sulawesi, Indonesia. There, about halfway along the Anaso Track (1700 m. elevation) in rainforest I filmed this Bear Cuscus.

When I received the Handbook of the Mammals Volume 5: Marsupials I found out they elevated the former subspecies furvus to specific level.

I had the chance to look for Common Bear Cuscus at Tankoko in north-east Sulawesi but didn’t do it because I had found this one. Turns out to be a different species, darn! That is, if you follow the HMW taxonomy. 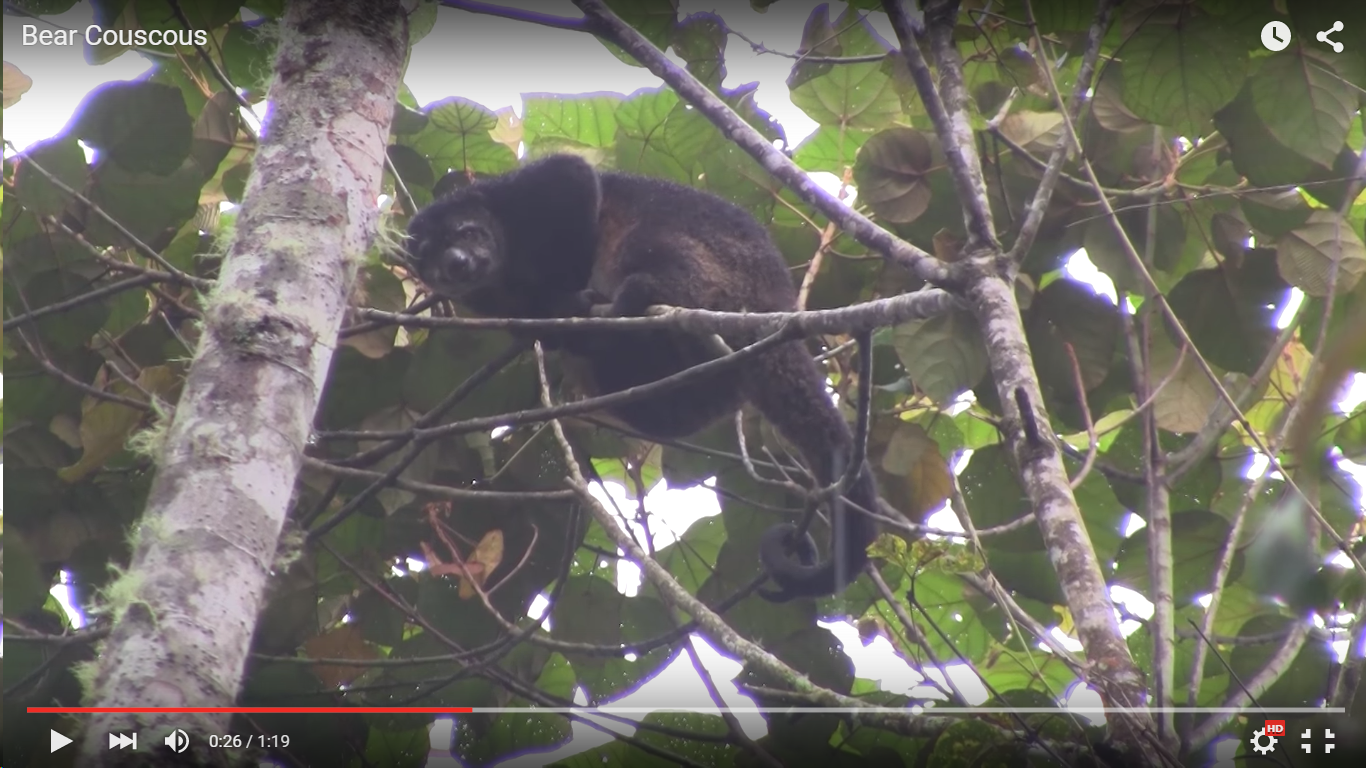 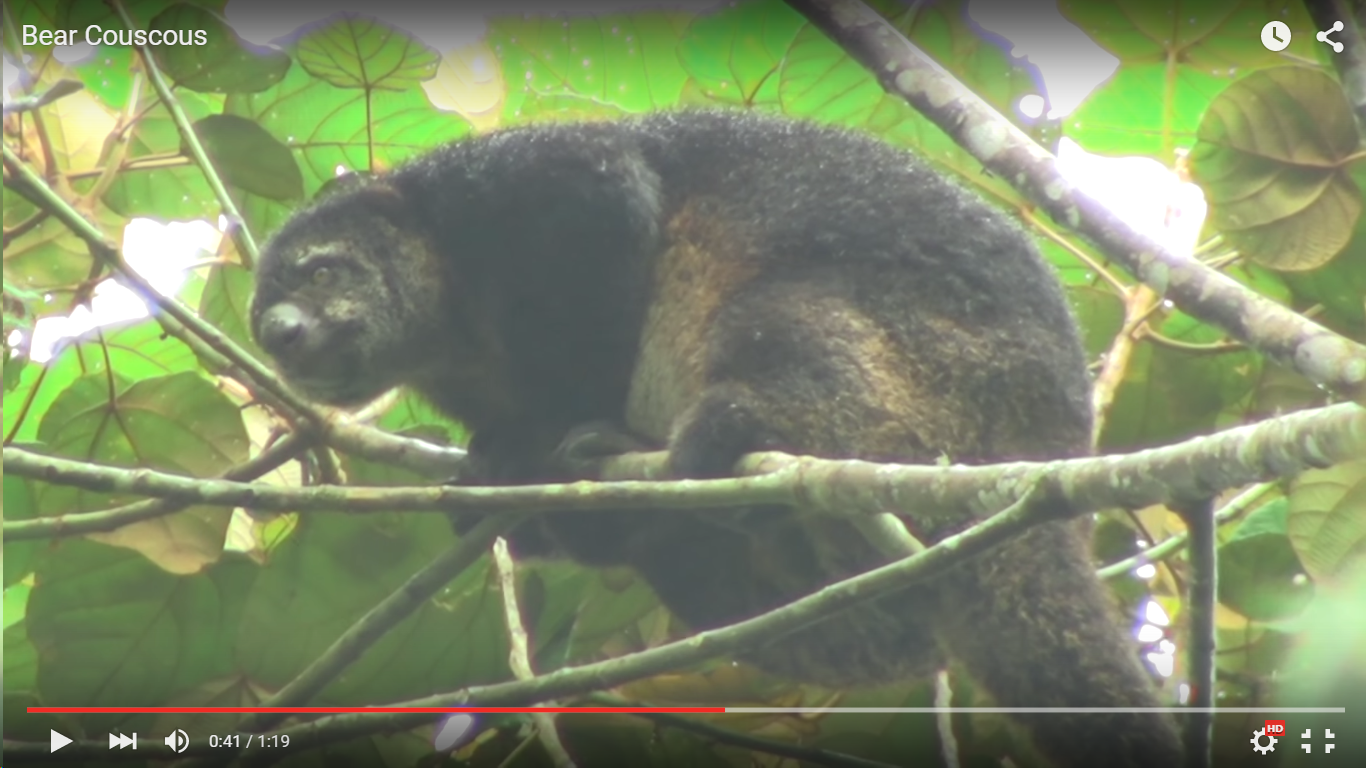