I don’t know if this is interesting to anyone, but I’m starting to think less and less of the Ramon crater in Israel (Makhtesh Ramon) and realizing time might be more wisely spent exploring other areas of the desert, probably around Borot Lotz, Yotvata to Shizaf, etc. Actually, the 1 night drive I did with Haim Berger in Sde Boker we did see plenty of eyeshines, substantially more than you would expect in that area of Israel, but all we positively identified were hares and jackals.
In fact, Mike Richardson is going there tonight or tomorrow night with his friends, so I hope they have something interesting to report (though it’s raining tonight 🙁 )

I was in Mitzpe Ramon again this past weekend, and convinced my mom and sister to “spotlight” (well, flashlight using a LED-Lenser) our way to the star observatory near Mitzpe Ramon and back, where I was told a year ago that hyenas sometimes hang out. We went around 9:30pm-10:30pm (that’s because we drove VERY slow) and saw nothing but a single desert red fox and another fox, most likely red as well. It was almost full moon, warm, and not windy.

The next morning we visited the crater, and from the vulture observatory, we saw what we are almost sure is an onager, REALLY REALLY far away. I would post the video if it were possible, but here’s a screenshot… yeah, it’s about 250X zoom (5X digital on top of 50X optical) in the desert heat very far away.. it was an animal and it did move, and to the best of our knowledge there are no horse ranches there, and it didn’t move or act like any of the other species that exist there. 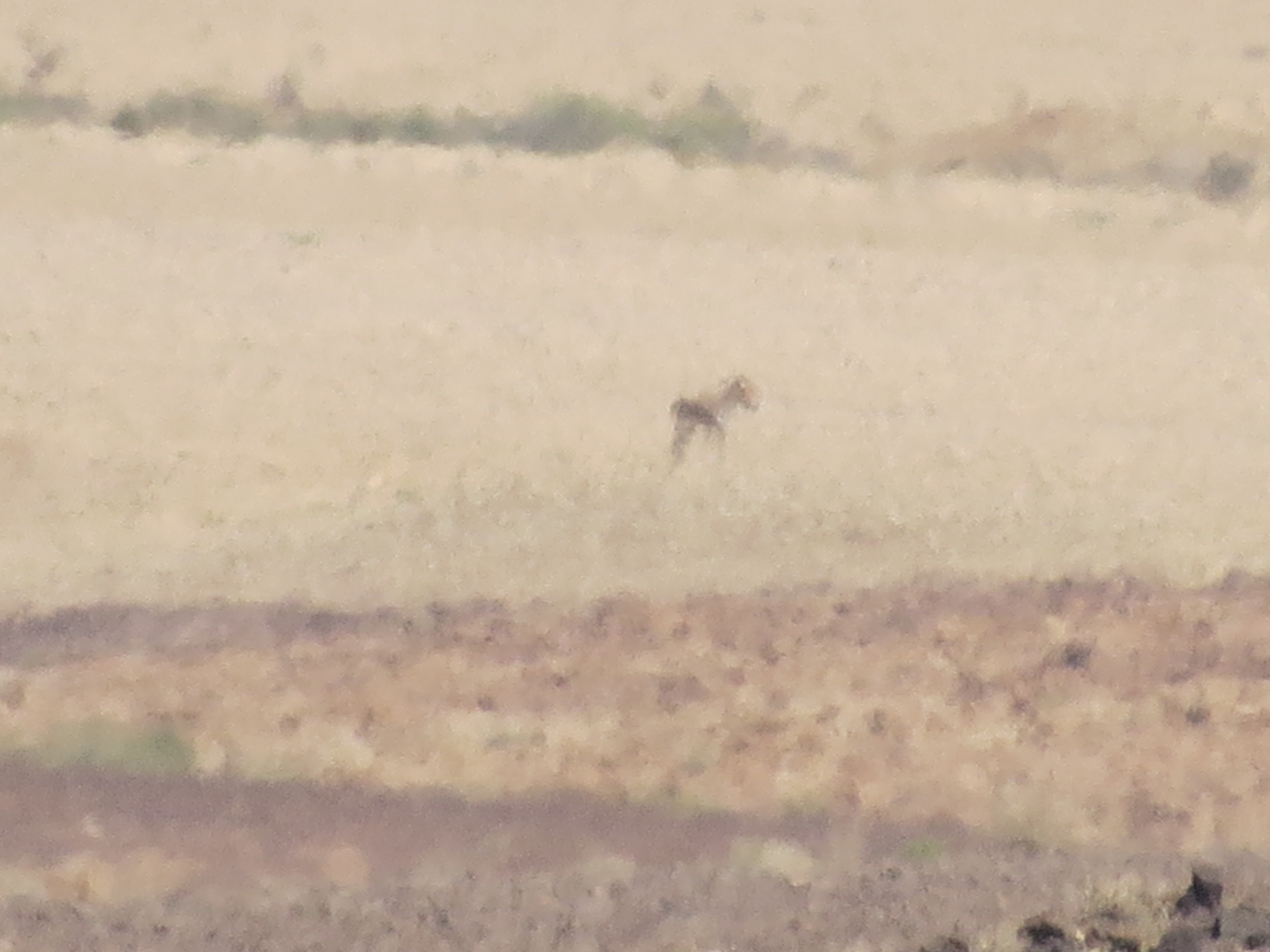 Being the heat of the day, we saw nothing else, and at night I went back to Be’erot campsite, flashlighting from my window all the way from the main road (about 30-40 minutes each way, plus 20-25 minutes each way from the town of Mitzpe Ramon up on the crater rim) and saw absolutely nothing on the way there, a single hare and another red fox back on the way up the rim of the crater. It was much cooler (I think 12-14°C), almost full moon and not noticeably windy).  I was also told that there was intensive mining there until only 20-30 years ago, and that the rangers got very excited over a caracal caught on a trail camera several months back.. all which leads me to believe this is NOT the best area of the desert to try to find animals. I would really concentrate more on the Borot Lots area not far away, Shizaf area (even though I have not had great success there either, besides hares and gazelles), and perhaps Ein Shahak where the oryx might be found along with other desert dwellers.