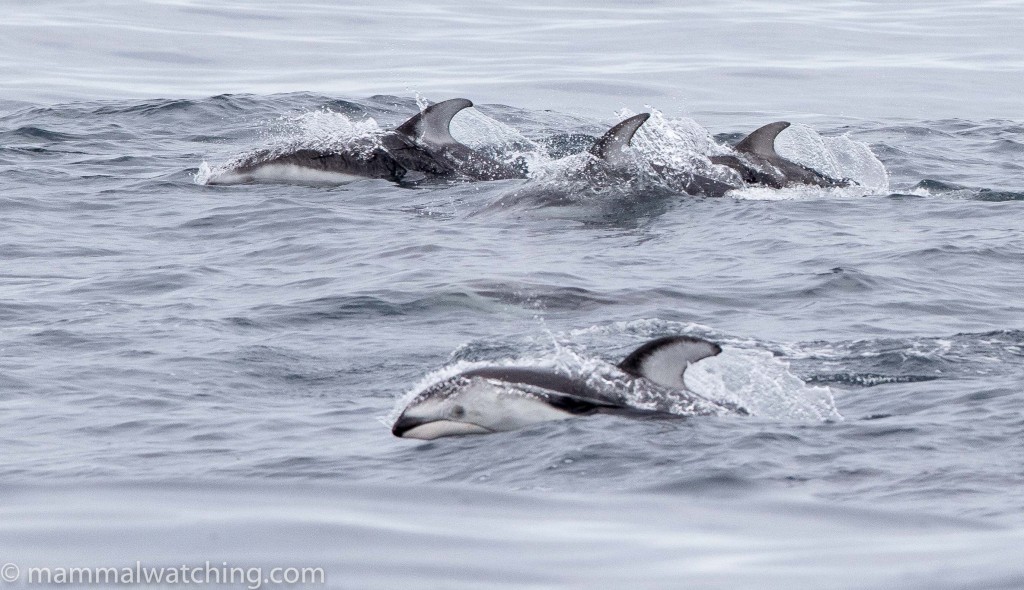 A couple of weeks ago I was starting to pack for a weekend away in Rhode Island when Vladimir Dinets posted that Northern Right Whale Dolphins were back – in big numbers – in Monterey Bay. This was very exciting.  Not only were Northern Right Whale Dolphins one of my 21 most wanted species in the world …. I just have a thing for them, OK… but my mammal life list was at 1499 and I wanted my 1500th tick to be something more charismatic than a rodent.

I spent Thursday night wondering how good my chances of finding the dolphins were: they had been seen at the start of the week, but not since. By Friday lunchtime I could no longer resist. I abandoned Rhode Island, found an award ticket to San Francisco and was on my way to the airport four hours later.

Mid-April through mid-May is a great time to see Killer Whales in Monterey, when Bigg’s (Transient) Killer Whales often come into the bay to hunt migrating Grey Whale calves. Monterey Bay Whale Watch run some days trips during this period which are specifically aimed at spending time with the Orcas. The extra time at sea also, of course, increases the chances of seeing a range of marine mammals.

Nancy Black, Monterey Bay Whale Watch’s founder, was at the wheel on Saturday morning. As always we passed heaps of California Sealions as we left the harbour. 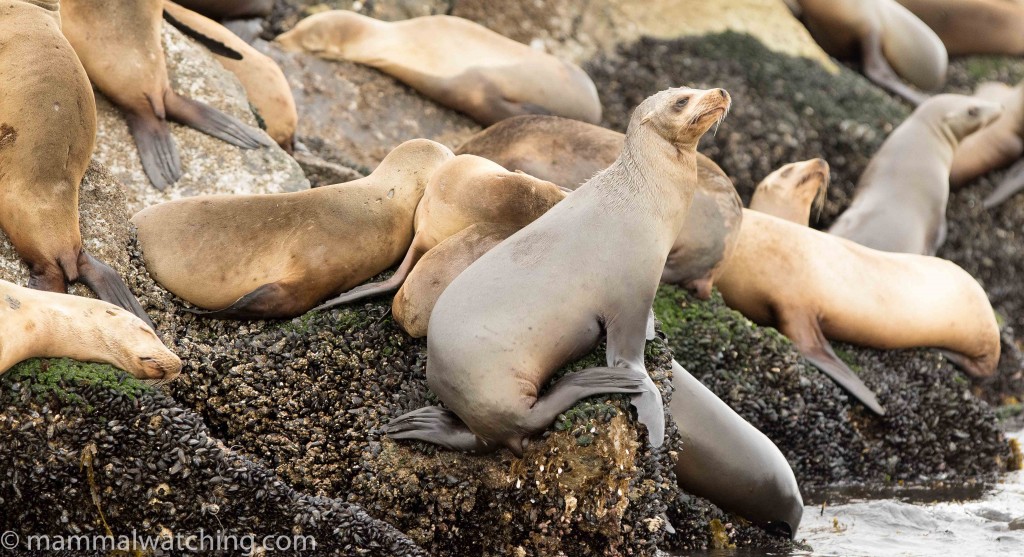 They were interspersed with occasional Sea Otters. 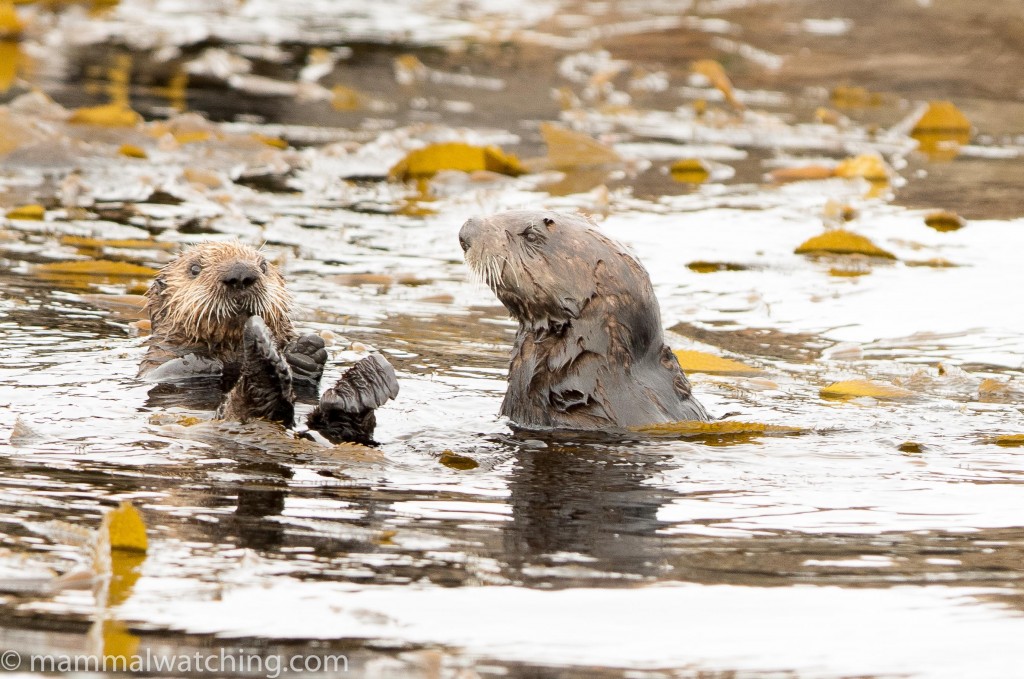 It wasn’t long before we found our first Humpbacks (we must have gone on to see 50 that day). But while we were stopped to look at them I spotted a large pod of distant dolphins, which Nancy was happy to chase. 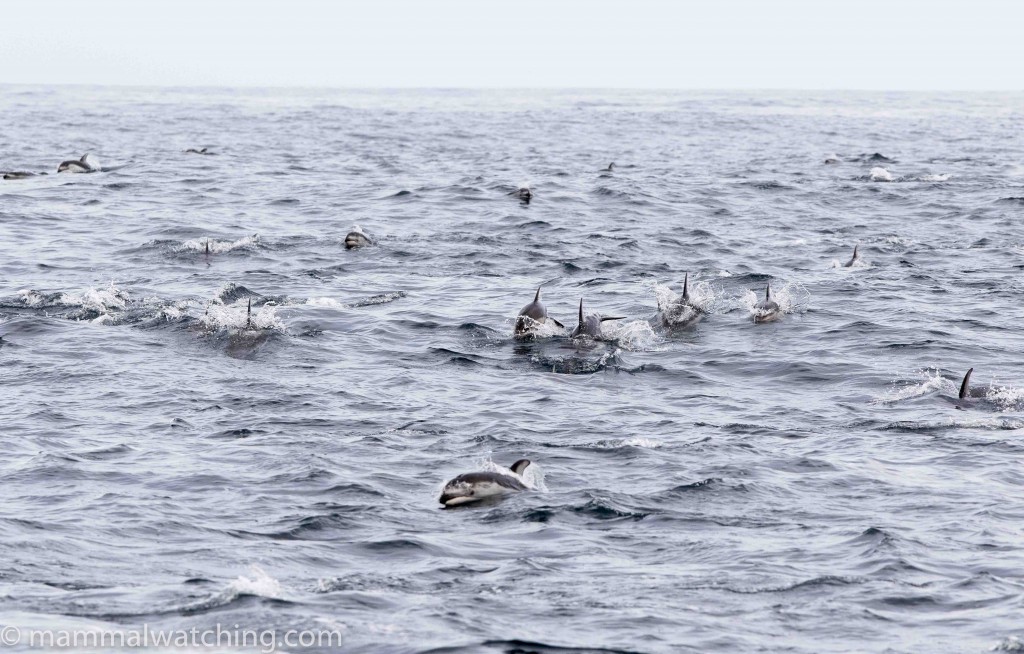 The pod was huge and stretched well over half a mile: Nancy later estimated it might have comprised up to 4000 animals.  Although most were Pacific White-sided Dolphins, I was pretty sure I saw could see a few Northern Right-Whale Dolphins further back. I nervously waited for a sighting I could claim as a 100% certainty and it took a good twenty minutes before I was satisfied. 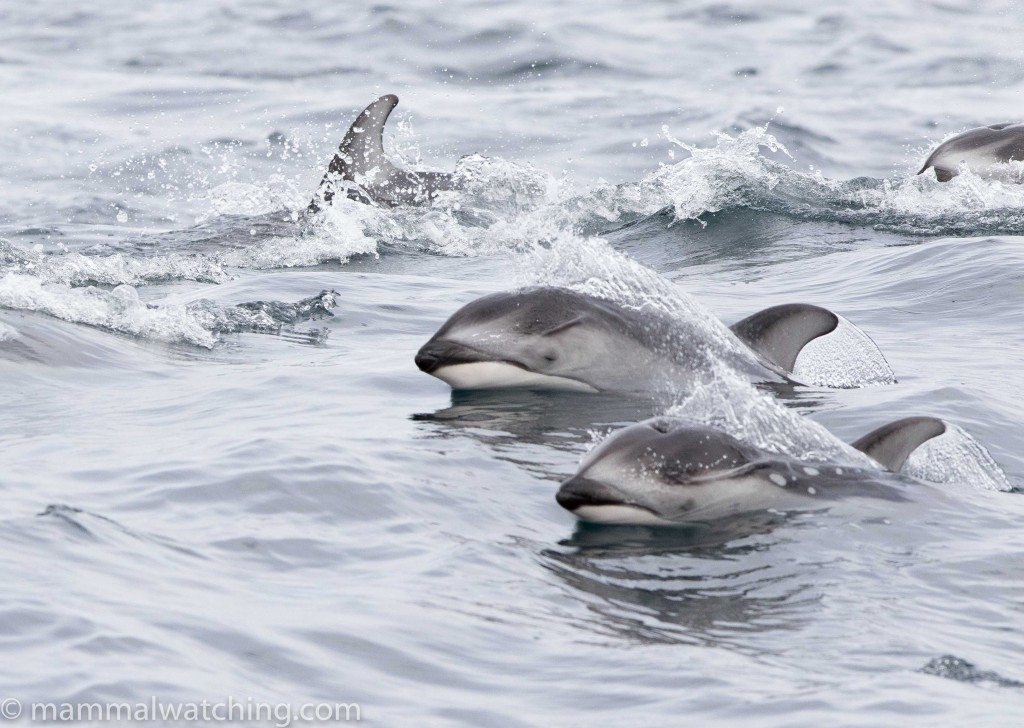 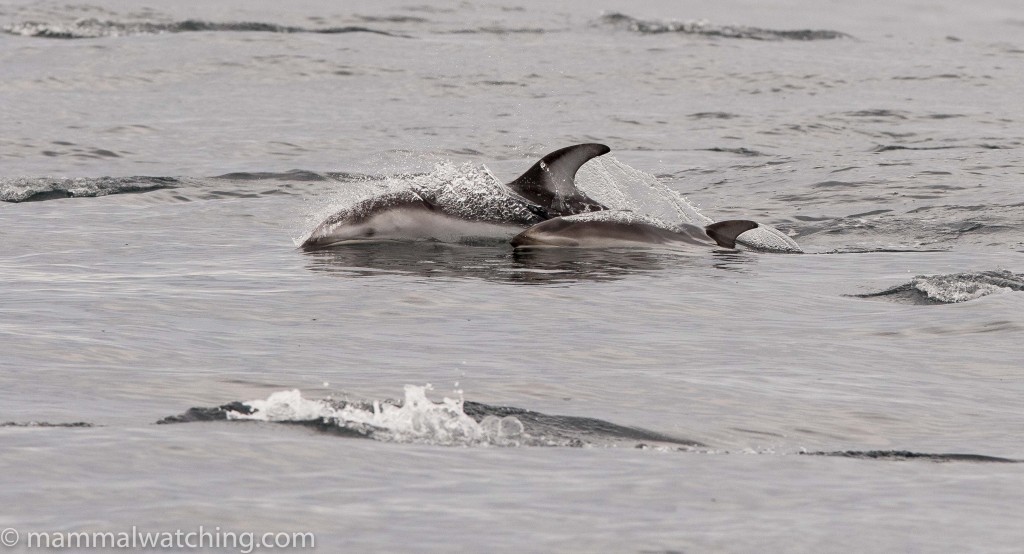 Both species were extremely photogenic and active. And although there were a few Right-Whale Dolphins towards the front of the pod, we had much better views of many more animals later on when we got to the back of the pod. 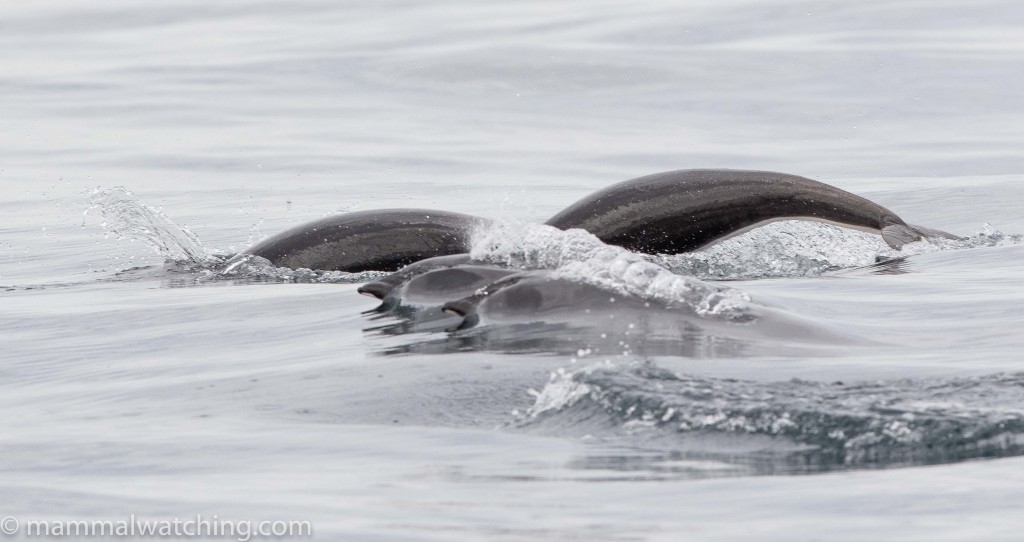 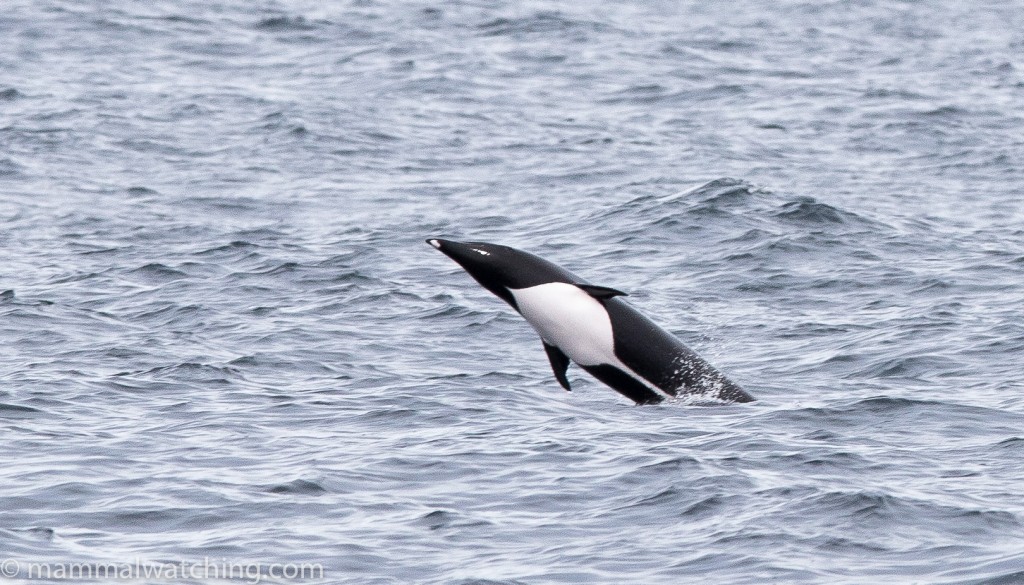 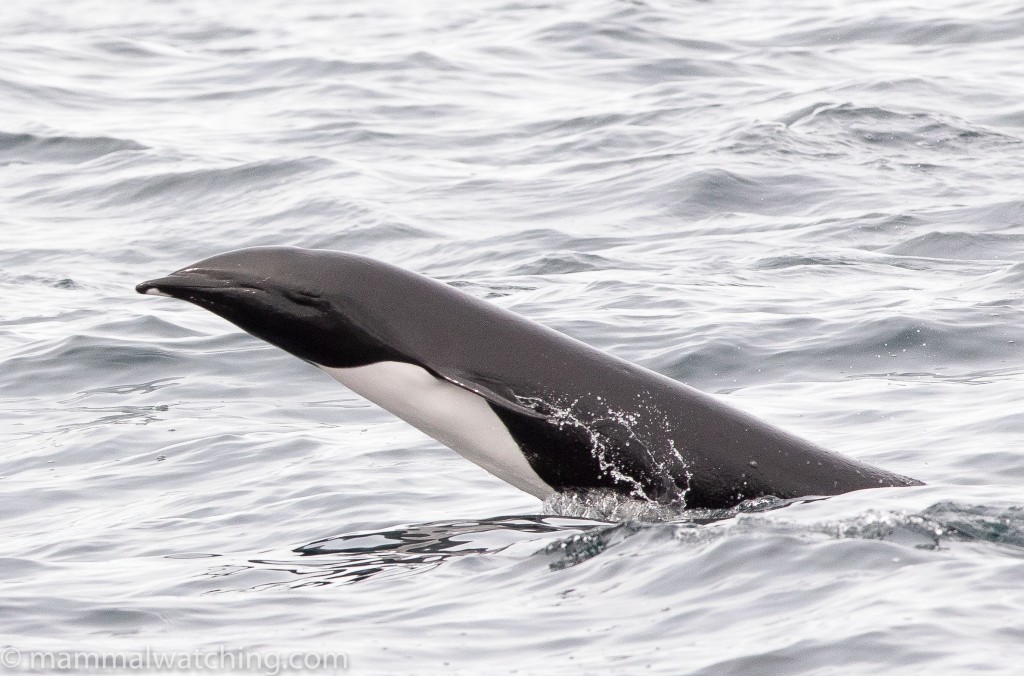 I couldn’t complain about teh quality of my 1500th mammal, or the quality of the sighting, even if my number 1500 is a bit of a fluid milestone, given the likelihood in future of splits, lumps and mistaken IDs of things I have already seen. Here is a bit of video I took on my phone which gives a better idea of how great a moment this was.

Nancy was also excited to see this rare – anomalous – Pacific White-sided Dolphin, that was more White than White-sided.

Elated, we carried on in search of Killer Whales, record numbers of which had gathered in the bay over the past week. An hour later we found a group of 20 and spent the afternoon following them. Bigg’s (Transient) Killer Whales patrol the west coast of North America. They are specialist marine mammal hunters and will turn out most probably to be a different species to the inshore – primarily fish eating – Killer Whales of Vancouver Island. 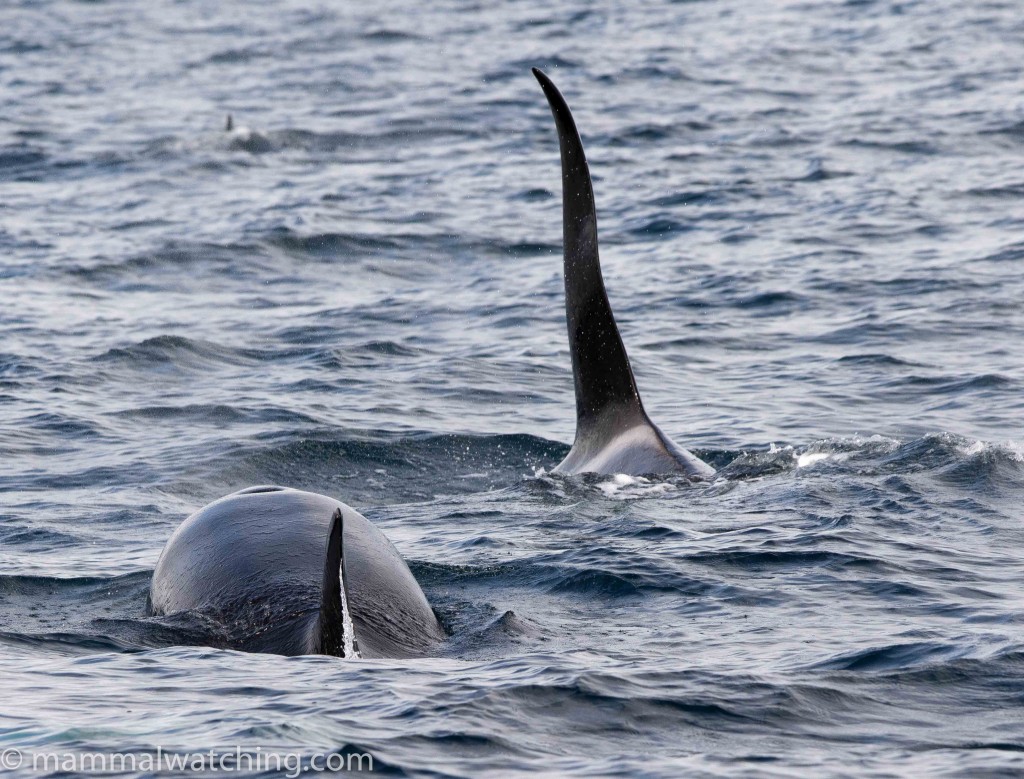 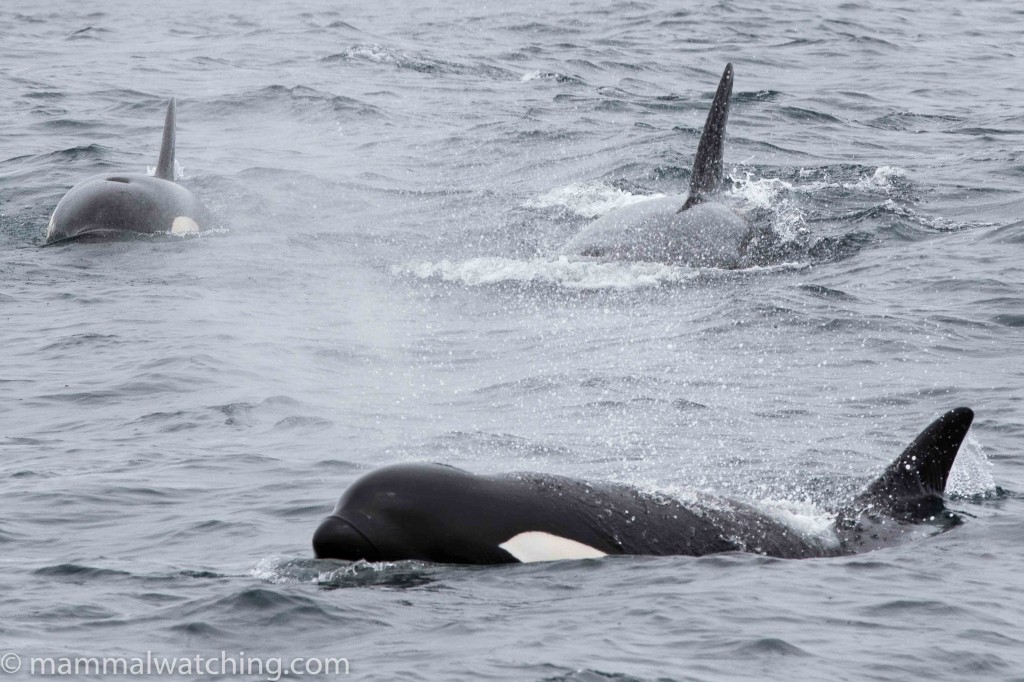 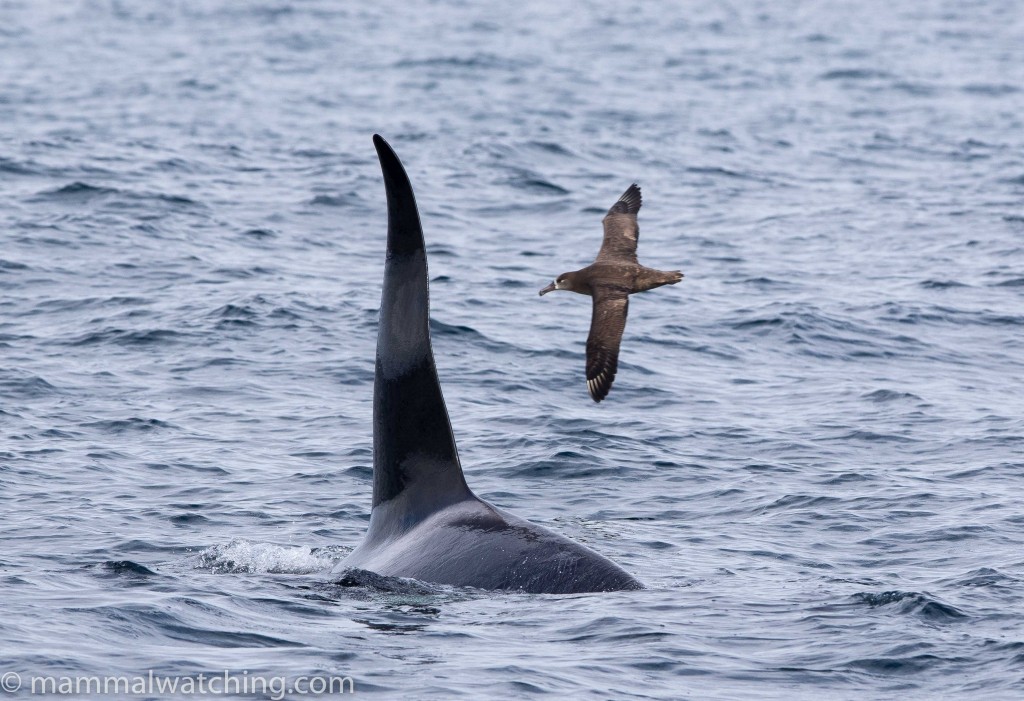 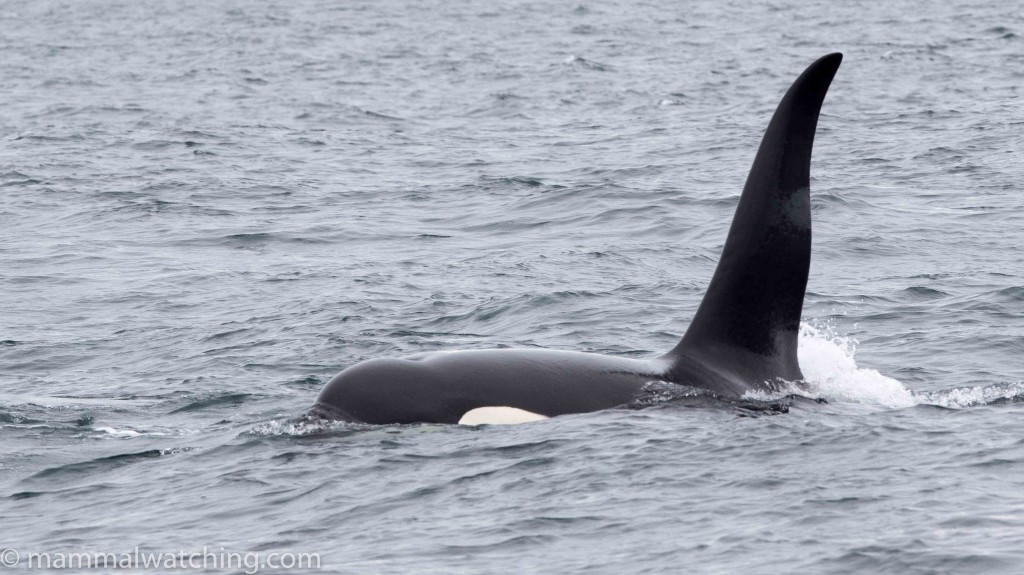 Just fabulous. I think Nancy would have stayed out until dark with the whales, but some of the passengers had others plans to we headed back to the wharf, stopping for 20 minutes to watch a mother and calf Humpback having some fun tail-slapping.

But the day wasn’t over. Venkat Sankar – who was super helpful all weekend giving me real-time info on where to find various rodents – recommended I could look for California Pocket Mice and Narrow-faced Kangaroo Rats up the Carmel Valley. I was too lazy to spotlight, but did set a few traps in chapparal right next to the Carmel Valley road, near the junction with Tassajara Road. This turned out to be a great area for small mammals. The next morning, my 20 traps contained 11 animals from five species.

A couple of Brush Mice. 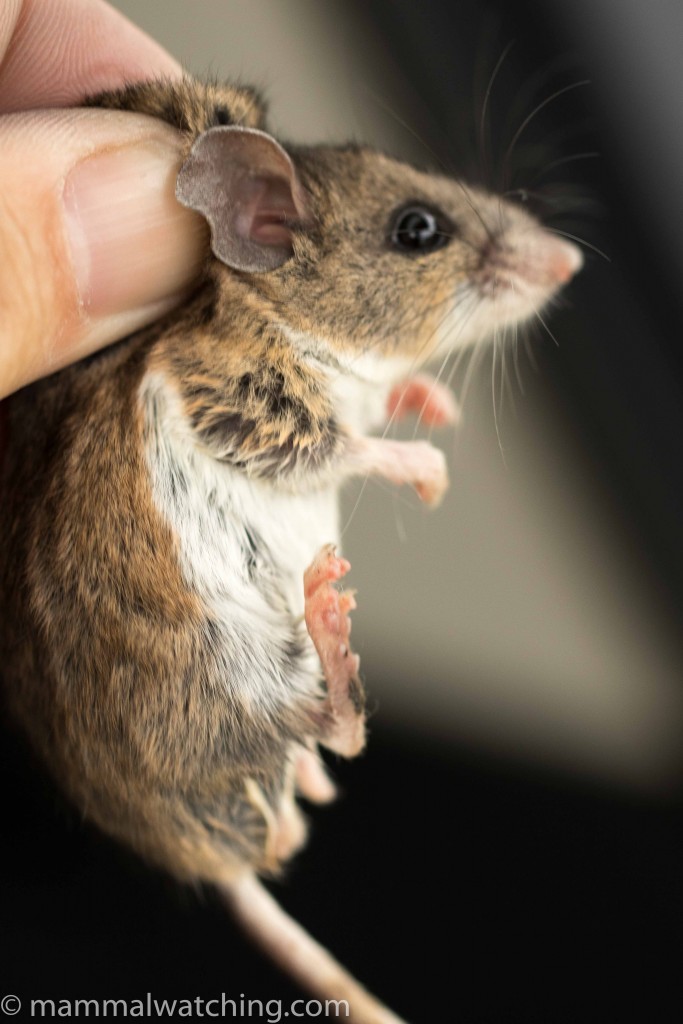 A couple of California Mice. 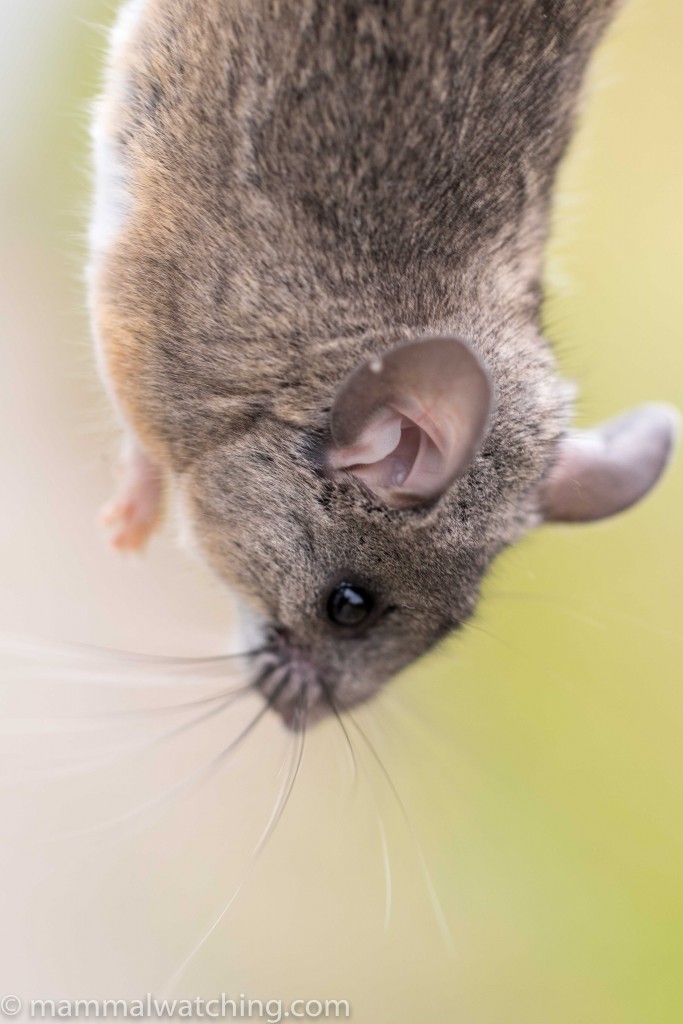 Three California Pocket Mice, a lifer for me. 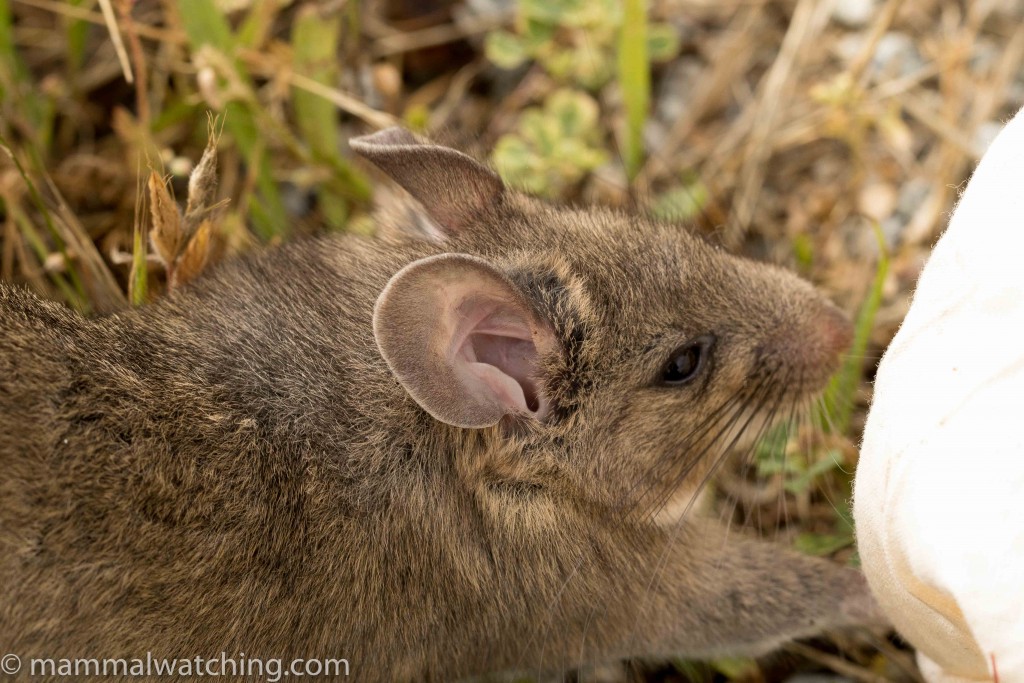 And what I later realised was a Pinyon Mouse, and another lifer. If its ears had been sticking up straight I think I could have identified it straight away. 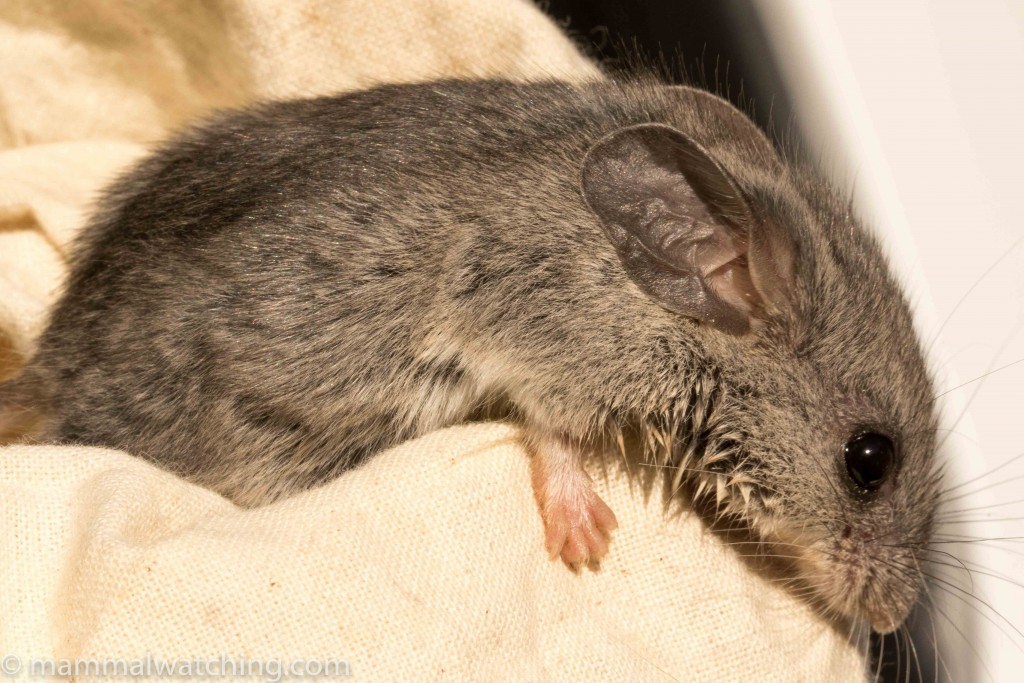 Before flying back to New York I took a spotlight stroll around the wonderful Pinnacles National Park, primarily looking for Narrow-faced Kangaroo Rats. I didn’t find any of them but did get a brief look – but no photos – of my first Dusky Footed Woodrat, in Bear Gulch Cave, not far from the reservoir.

Driving the Panoche Road didn’t produce a great deal other than some Heerman’s Kangaroo Rats and my first Bryant’s Woodrat (not Desert as I initially thought – thanks Venkat Sankar). 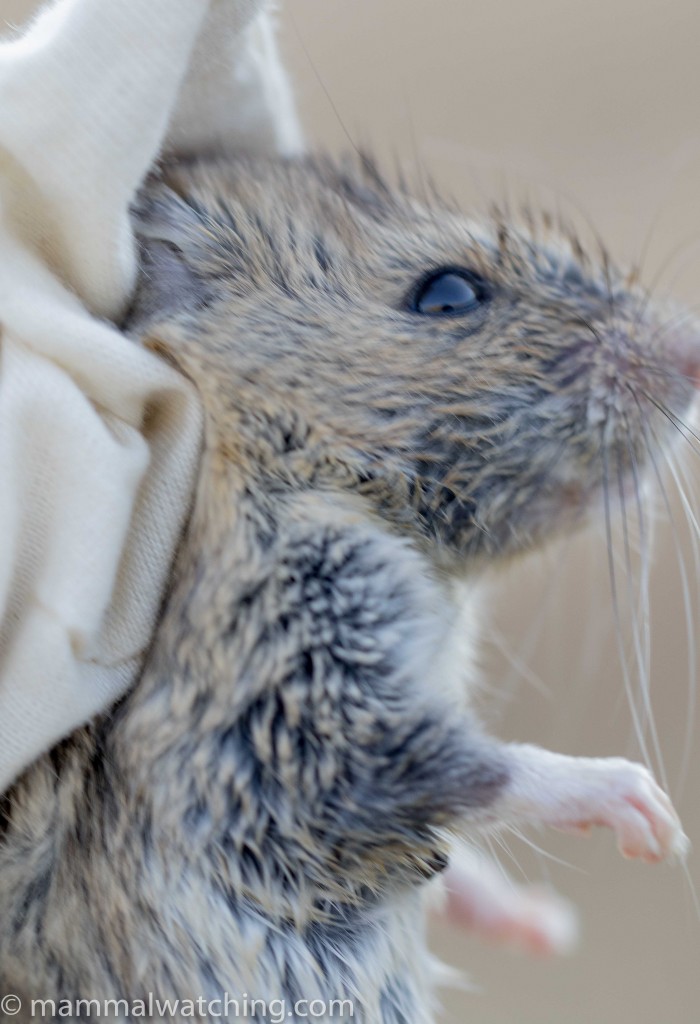 I also saw Blacktailed Jackrabbits, Desert Cottontails, San Joaquin Antelope Squirrels and California Ground Squirrels, but not the San Joaquin Pocket Mice or Grasshopper Mice I was hoping for. 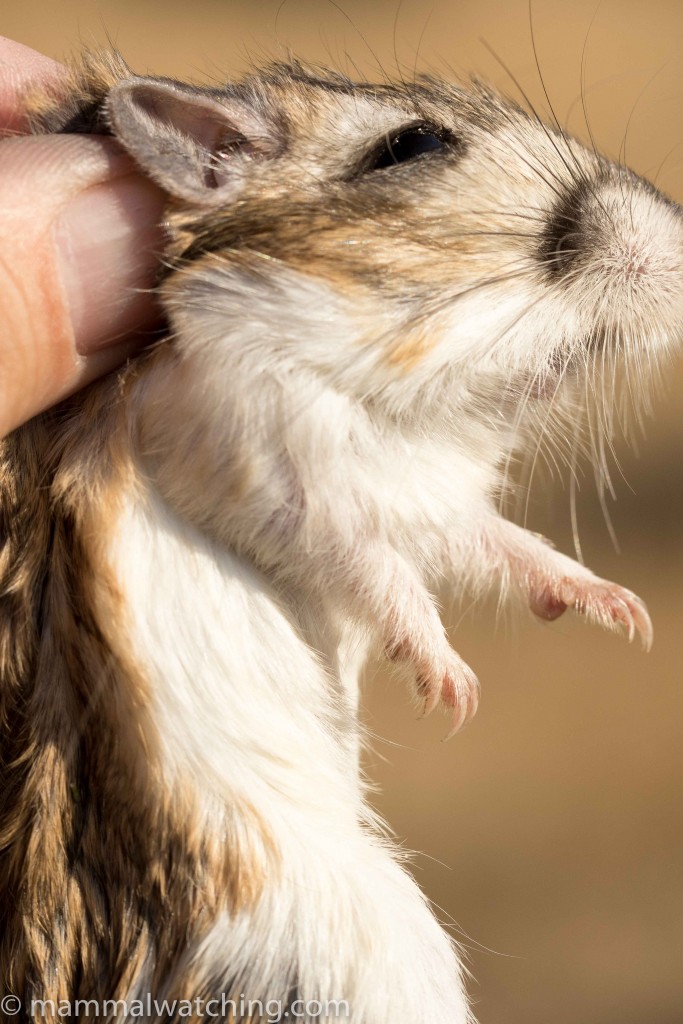 A very big thanks to Venkat Sankar for answering all of my many questions instantaneously over the weekend, to Vladimir Dinets for alerting this blog to the activity in the bay, and also to Nancy Black at Monterey Bay Whale Watch for some of the best cetacean watching ever. Way to go California! 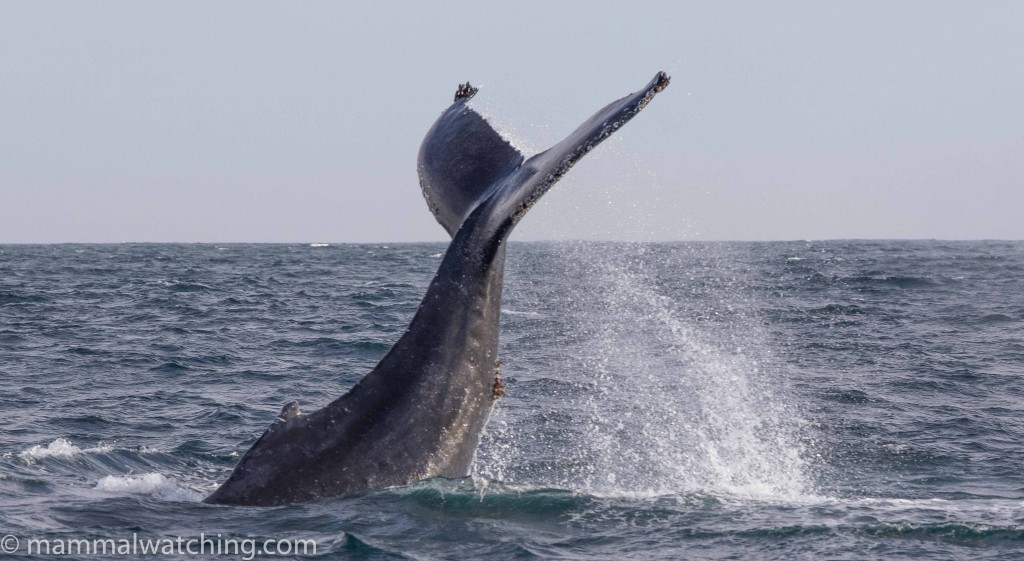