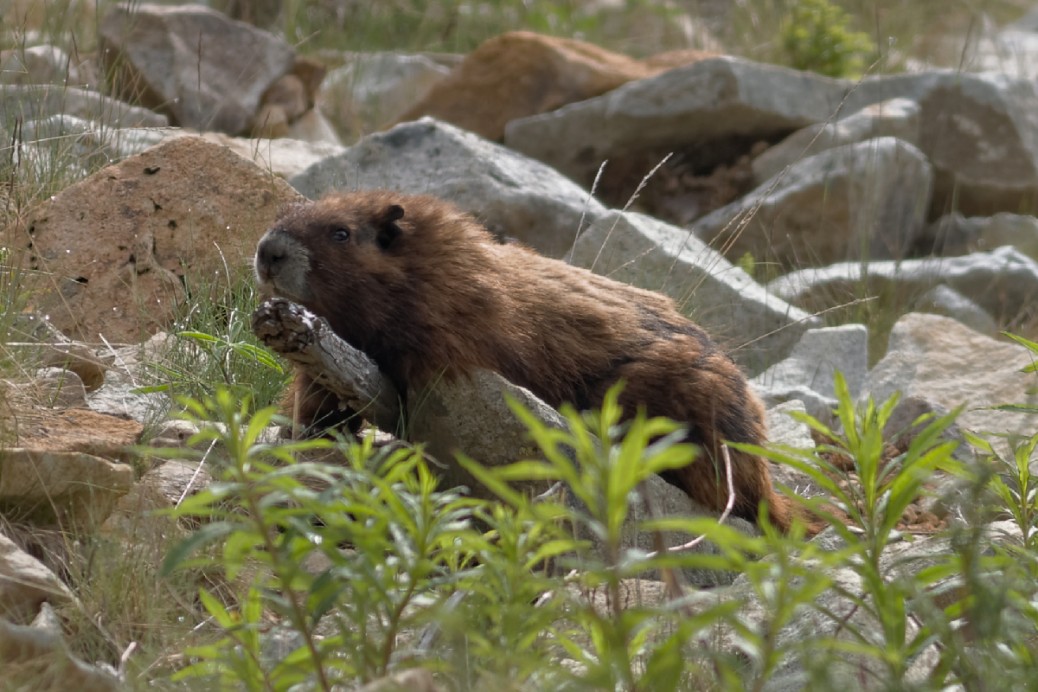 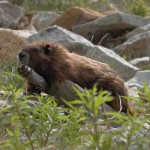 I came here on vacation with my girlfriend in mid-July, mostly the Victoria/Saanich area, but also one foray up to Mount Washington. It wasn’t really a mammal-watching trip, but I did manage to get some mammal-watching done, so instead of a traditional trip report, I’ve just included a few notes here:

It’s worth it to spend your ferry trip outside the cabin. We spotted several Humpback Whales on the passage from Port Angeles to Victoria, during the middle third of the voyage. We returned to the US on the Sidney-Anacortes ferry where I saw no whales, but there were plenty of Harbor Seals on the small, rocky islands that line the island coasts. Other passengers said they saw dolphins.

I’m used to California waters and Pinnipeds were surprisingly hard to find around the island itself this time of year. Easiest spot is probably Victoria’s Fisherman’s Wharf, where tourists feed them from the wharf. Authorities will likely ban the practice soon, for reasons that should be readily apparent. In the mean time, it was a very easy way to see Harbor Seal and River Otter up close while we were there. I found another harbor seal near the fishing wharf in Sidney.

I saw two melanistic Eastern Gray Squirrels in Beach Road Park in Victoria, and saw something moving around the waters just offshore some tidepools on the adjacent coastline. I can’t say what it was, but seemed to be in the otter/seal size range. Could have easily been a large fish or something else, though.

If you’re interested in seeing marmots (and let’s be honest: you are), I highly recommend getting in contact with the Marmot Recovery Foundation, at marmots.org . They were very helpful in pointing me to the best sites. Your best bet will be at Mount Washington Alpine Resort, about a three-hour drive from Victoria or about an hour and a half from Nanaimo. Route 19 from Nanaimo to the mountain has several “Elk Crossing” signs and prominent elk fencing, but we were not able to see any elk this time. At the resort, we took the approx. 1mile path to what the map given to me by Adam at the MRF labeled as the “Invitation” site, which was the site he recommended. Along this path, we spotted several Red Squirrels and at the site were able to pretty easily find two adult Vancouver Island Marmots, which I was very happy about. Also present were many Gray Jays and a Western Toad, and two Bald Eagles on the drive back. Adam’s email also stated that many people see bear and deer at the resort, and that they had seen fresh cougar prints recently while in the field.