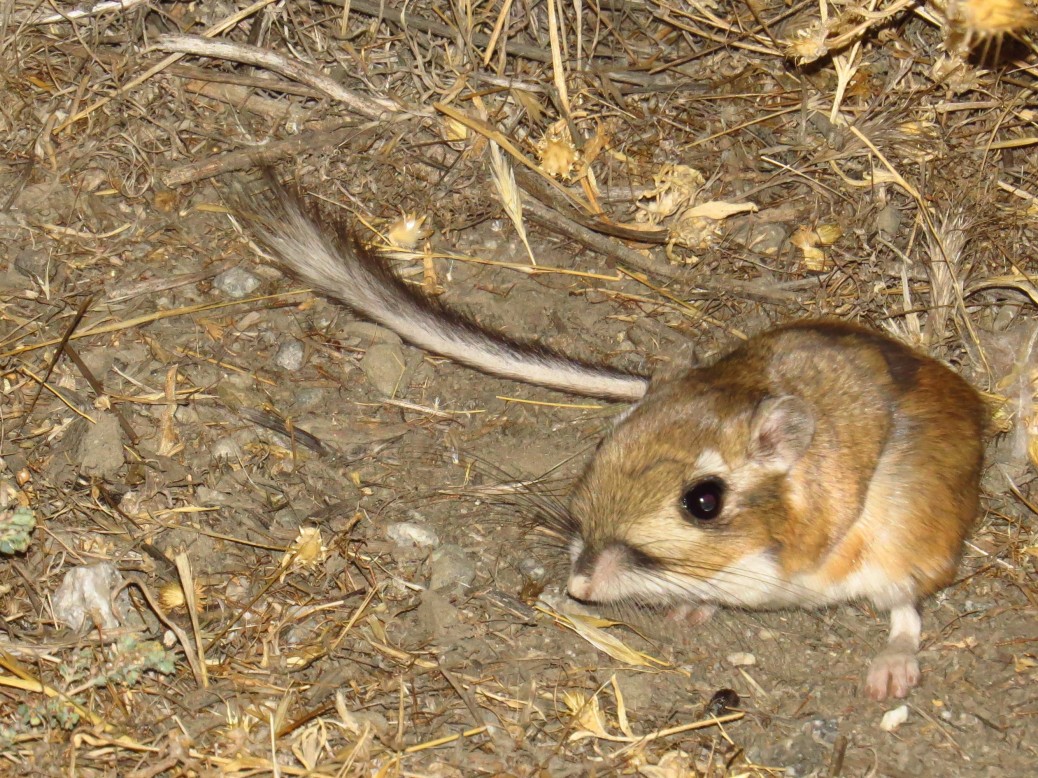 <Posting on behalf of Gary Skipper>

So I was able to try a nocturnal trip to Carrizo and it was a great success. Right before getting to carrizo I drove down the access road to wind wolves preserve and found it to be a good spot for kangaroo rats. I also saw 2 barn owls and a skunk there. Once at Carrizo I saw a couple of mice, several kangaroo rats, and 3 kit foxes by the visitor center. One was very playful and cooperative. I stayed until a few hours after sunrise and also had great luck with tule elk and pronghorn. This is the only time I have ever seen them both on the same day and in the same area! Also while trying to get closer to the elk and pronghorn I saw a burrowing owl. All in all it was a great trip, I was at wind wolves from 10:30 to midnight on 9/3, and I was at carrizo from 12:30 until about 11am. Maybe someone can help with some id’s. I am guessing the k-rats are heermans and giant, the mice- not sure- maybe deer mouse and brush mouse. Total mammals for the trip were the krats- 2 mice, jackrabbits, cottontail, 35-40 tule elk, 9 pronghorn, one skunk at wind wolves, and 3 kit foxes. The night was moonless which proved to be a great help. I believe the kangaroo rats at wind wolves were heermans. Can anyone confirm for me the ones from carrizo and the mice? 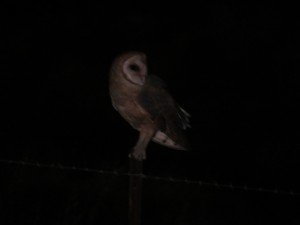 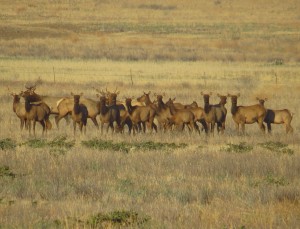 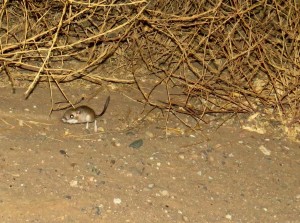 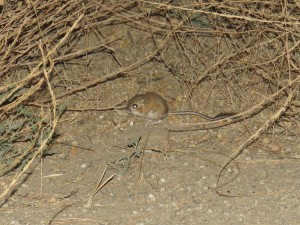 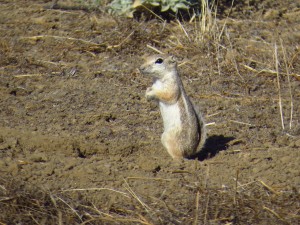 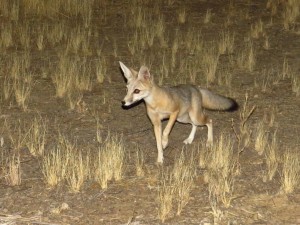 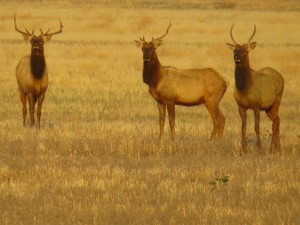 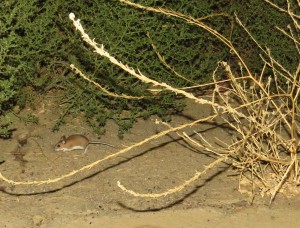 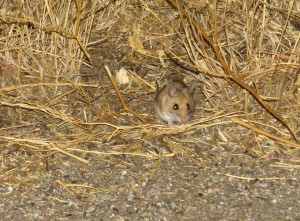 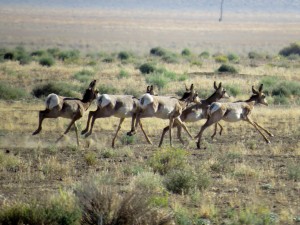