Identification help with a cetacean photographed off Sri Lanka

These photos of a mother and young cetacean were taken off Sri Lanka on the usual Blue-Whale-watching boat trip off Mirissa in April 2015. The boatmen said they thought they were Short-finned Pilot Whales. But they appeared to be more-or-less the size of Spinner Dolphins whereas the Pilot Whale is much larger. 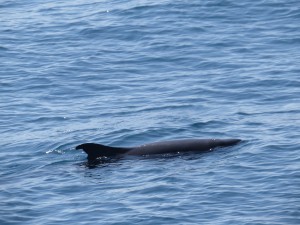 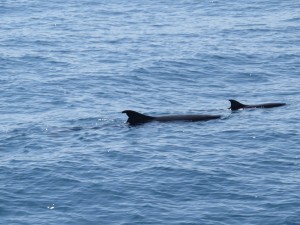 of back exposed, and having disappeared by sinking into the water.