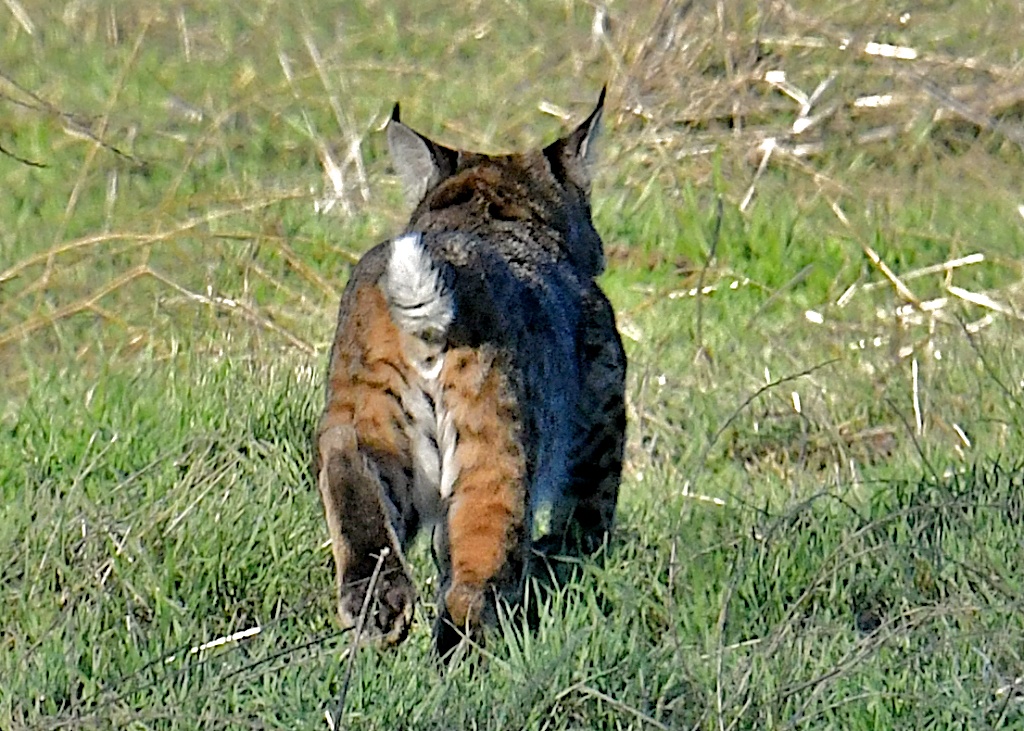 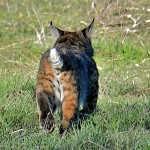 This site has several times previously featured a bobcat area east of Pinnacles National Park in Central California; this posting updates that site. Basically this still seems a very reliable site, though I suspect winter is the best time.

The so-called “Airline Highway” (Highway 25) runs north-south from Hollister past the east entrance to Pinnacles National Park. I saw two bobcats in three hours in this area, late afternoon, mid-December, 2016. From the park road, continue south on 25 about a mile and a half, turning left onto the access road to Old Hernandez Road. Very soon the road splits. The left fork goes back north and is marked Willow Creek Road. The right fork (usually better) is Old Hernandez Road and follows the San Andreas Fault north past ranches (east of highway) and scrubby oak (west). That road deadends after 5 miles in a private ranch. I saw a bobcat on the Willow Creek branch about two miles from the “Y” with Old Hernandez; it was sitting in a rough field 50 meters from the road. When I pulled over for photos, it walked off; blowing on a wounded rabbit lure made it pause briefly and then it kept going— I am not sure if I know how to use this device correctly.

A better area may be the southerly leg of Old Hernandez. Return to Highway 25 and go south a few miles to a sharp bend in the road. Highway 25 bends right and Coalinga Road (smaller) goes left, parallel to the direction you’ve been going in. Take that. After another few miles Old Hernandez Road goes left off of Coalinga, heading back N up the San Andreas Fault rift. The sign says the road ends in 9 miles; it felt sooner than that to me but I did not measure it. There is a “road closed” sign at a wash0ut by a stream crossing; I turned around here. I had a second bobcat cross the road halfway between the entrance at Coalinga and the end of the road at the river crossing.

I was alone and a second observer would have helped; it would be easy to miss things here it felt like.

Property on either side of all the roads is heavily posted so this is a driving site only. A passenger car can make it unless there’s been very heavy rain; part of the southern extension of Old Hernandez is well-graded dirt and the other parts are all paved. A few ranch trucks an hour seem to use these roads so you can’t leave a car unattended in the middle of the road, but in general, it’s traffic-free. It’s quite scenic here and is a glimpse of the so-called “Old California.”

Camping at Pinnacles would increase your odds of success, since bobcats have been seen there too. Introduced turkeys were abundant and I saw one golden eagle and no condors.