48 Hours in the Eastern Sierras 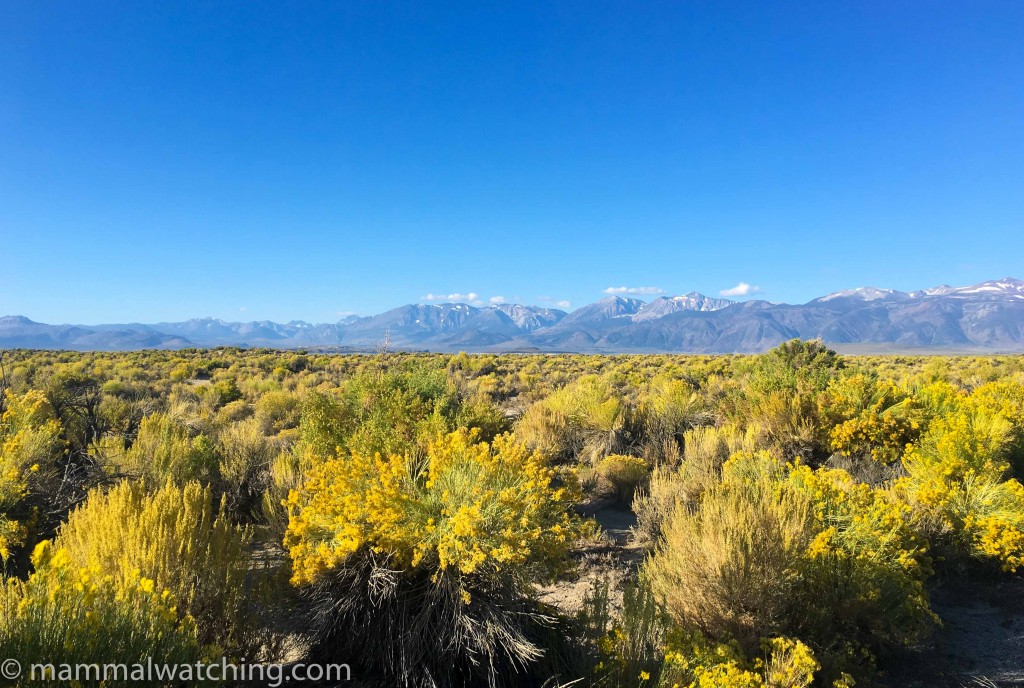 Last month I zipped across the country to Nevada for a very brief 48 hours in the Eastern Sierras, on the California/Nevada border.  Once again I was inspired by a trip report from Venkat Sankar. Venkat’s report has a lot of detail and so I will not repeat it here, other than to stress that this is indeed a stunningly beautiful bit of the USA.

On my first evening I got to the Long Valley Dam at Owen’s Gorge at sunset, a spot discovered by Brian Keelan. About an hour later at least two Spotted Bats were feeding 10 metres or more above the creek: their calls, while audible, were much quieter than those of Western Bonneted Bats. Although I got decent looks at this rare species in flight, it is still an animal I want very much to see in the hand, or in a roost. I also saw a couple of Deer Mice close to the bat viewing spot (37.58741, -118.70121).

An hour later I wandered along the boardwalk at South Tufa at 11 p.m and saw several Ord’s/Panamint Kangaroo Rats in the space of half an hour, as well as a Black-tailed Jackrabbit along the road into the park. Another smaller lagomorph dashed in front of the car: most likely a cottontail but possibly a Pygmy Rabbt.

I spotlit along Highway 167 on the north side of the lake for 30 minutes just before midnight: I saw several rodents but didn’t get a decent look at any of them. Spotlighting alone while driving is hard. Spotlighting while driving and tired is harder. Or maybe it is just me … 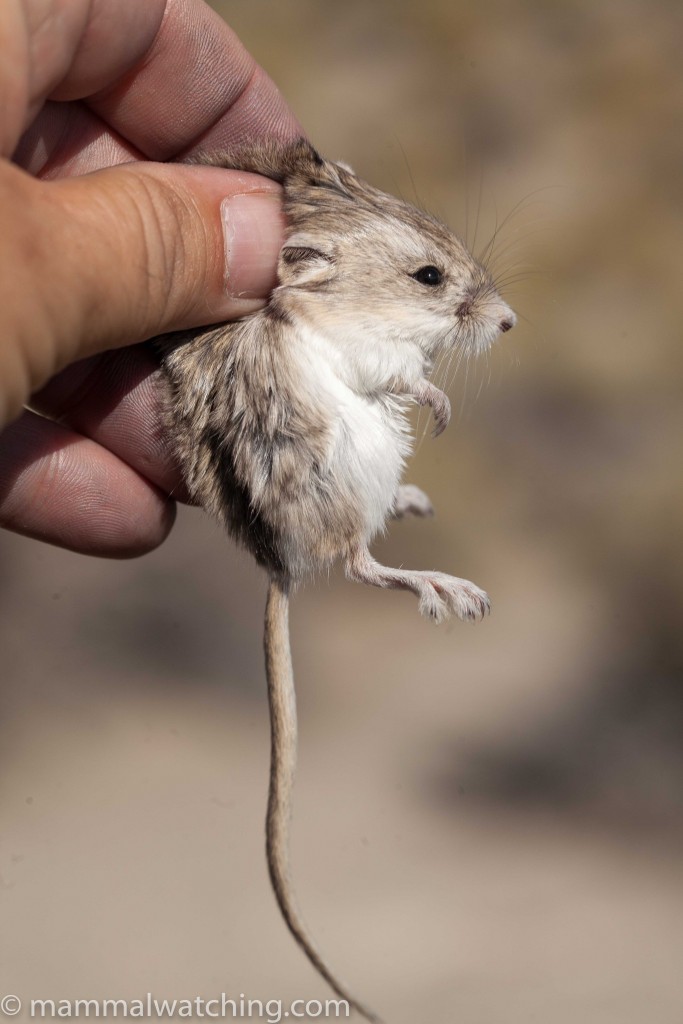 Spotted Bats aside, my main target here was a Dark Kangaroo Mouse, and I caught two in traps set in dunes alongside Highway 167.  The first animal, which I initially thought might be a Pale Kangaroo Mouse because of its pale tail, was very close to where Venkat saw his animal (38.1057, -118.96690). The other – somewhat darker and more of a textbook Dark Kangaroo Mouse – was a mile or so to the west. Really lovely animals (and it seems considerably darker than Pale Kangaroo Mice). 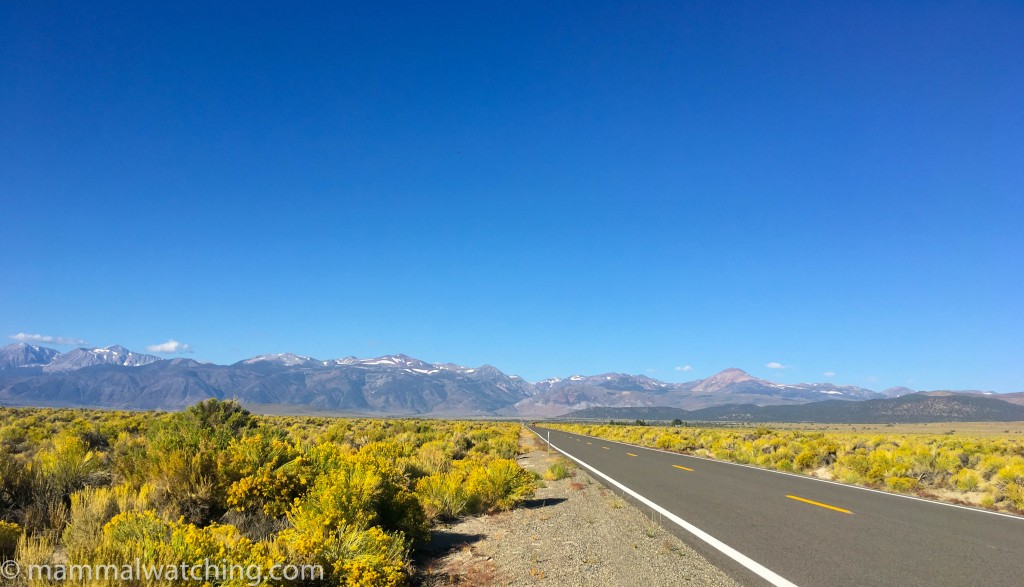 After breakfast I drove the half hour to Saddlebag Lake, just before the entrance to Yosemite. This is a good area for Alpine Chipmunk, a species I had only seen once before, and not photographed. It is also a beautiful spot for a walk. 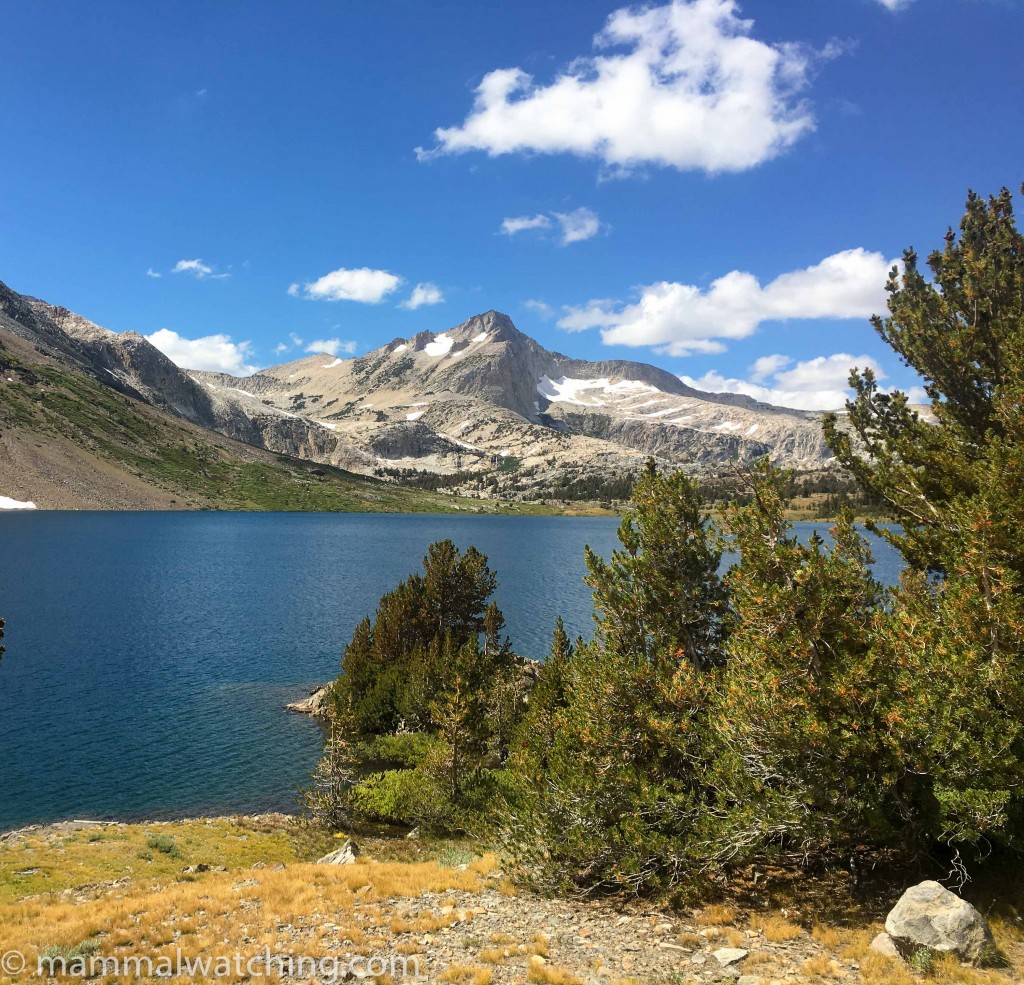 I spent a couple of hours hiking slowly around the lake. I didn’t see much on the talus slopes on the west side of the lake other than a Golden-mantled Ground Squirrel. But on the northern side there were several Belding’s Ground Squirrels and – among the conifers – at least three Alpine Chipmunks. Though none of them sat still long enough for a photograph. 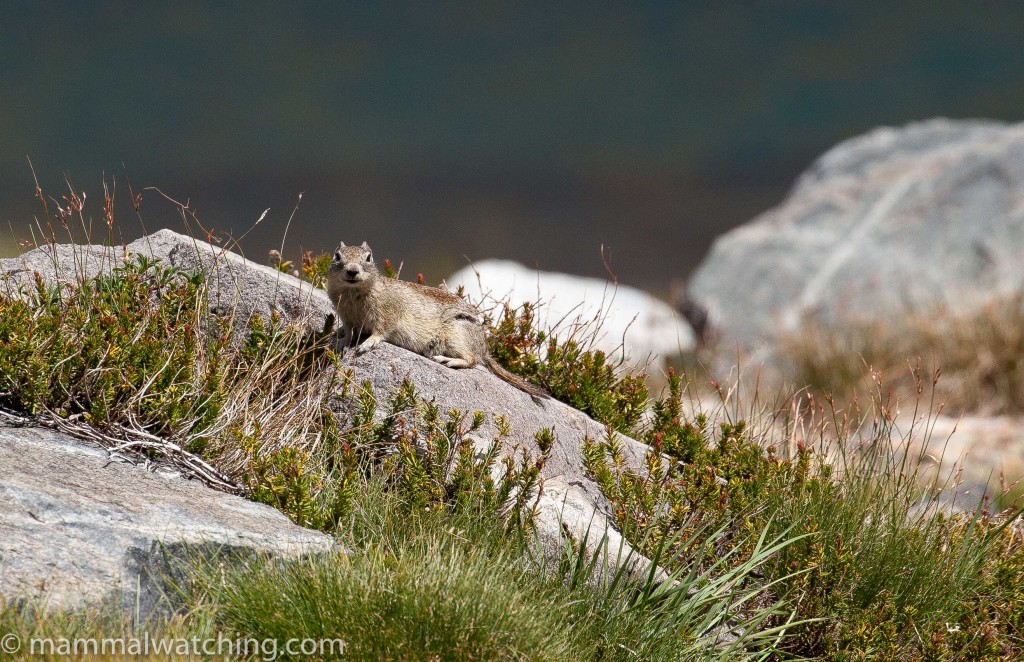 I also saw a Red Squirrel on the way back to the car. And from there I set off on the two hour drive back to Dyer, Nevada. 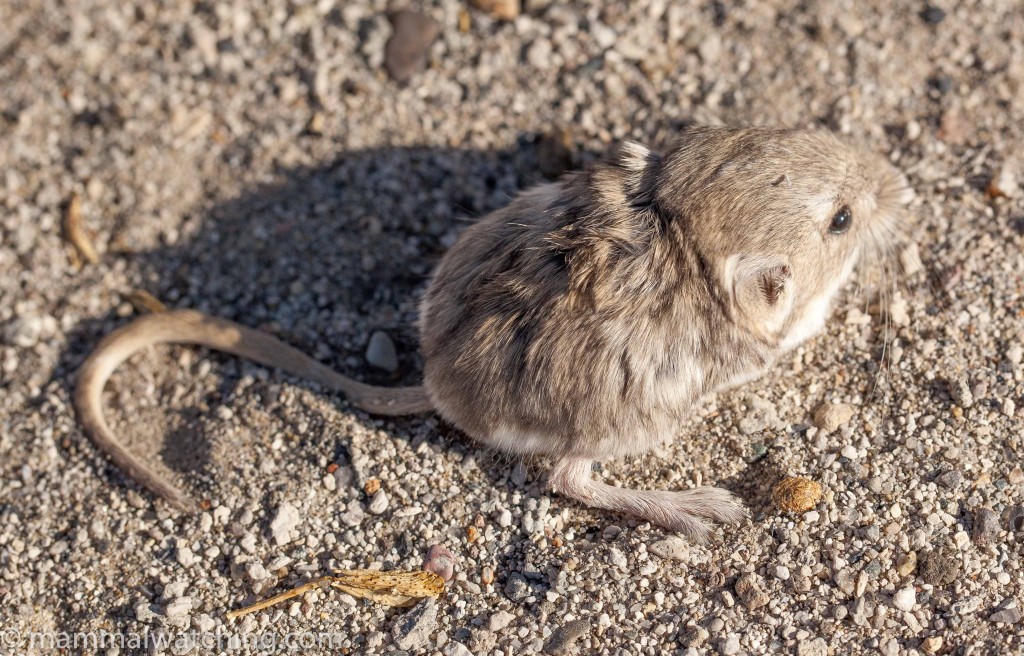 I spent a night around the small town of Dyer where Venkat had seen a Pale Kangaroo Mouse a month earlier.

Although I spent four hours driving around, and saw a lot of rodents cross the road, I couldn’t identify properly any of them. But trapping was a little more successful: and the next morning I caught several Ord’s/Merriam’s Kangaroo Mice, some Gambel’s Deer Mice and my first Little Pocket Mouse (somewhere near 37.628, -118.012).

And then back to Las Vegas airport, refreshed – despite a lack of sleep – from 46 hours in some of the USA’s best scenery. 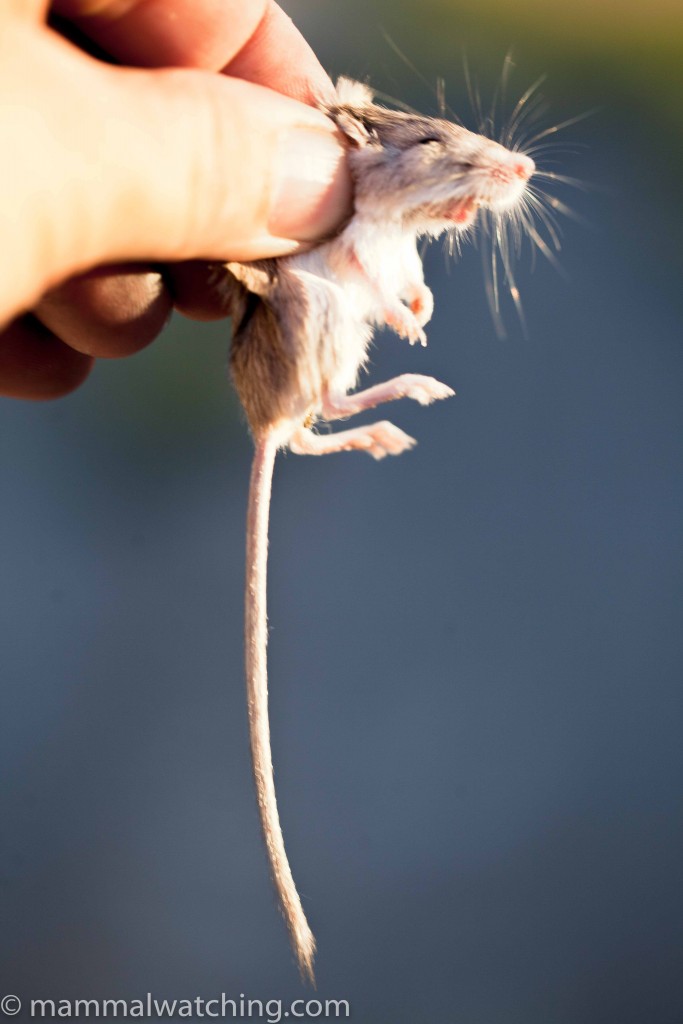