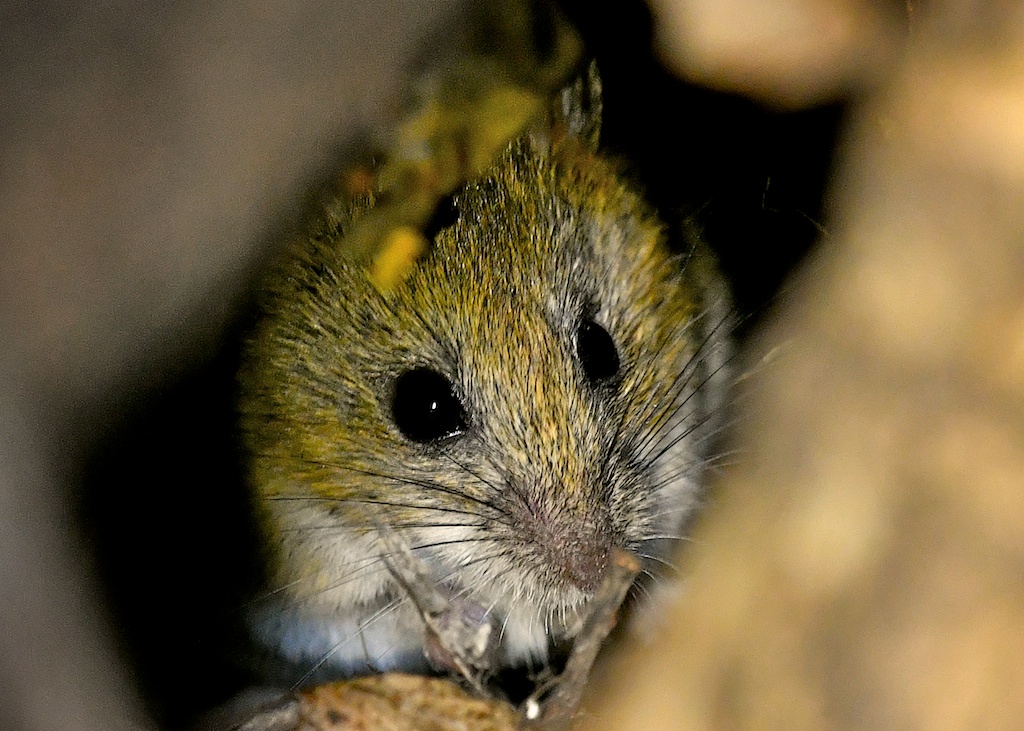 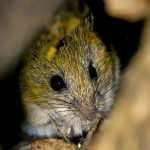 This is a very brief summary of some mammaling in California, mid-October 2017. This won’t predict what a hardcore trip could produce, but does show what summer spp are still around that late into autumn, plus this report also will share what may be a good ringtail site near Yosemite.

I had the pleasure of the company of Jose Gabriel Martinez, the famous yapok-catcher of Nicaragua, as I made some work-related trips to Santa Cruz and Reno from my house outside of Los Angeles. We did camp a few nights and trapped twice; we also crossed paths with Jon Hall one night. Our trip list was 40, per below. Ringtail site is in the list at the entry.

silver-haired bat = 1 via bat detector, private ranch near Kings Canyon Nat Park
hoary bat = 1 via bat detector, private ranch near Kings Canyon Nat Park
small-footed myotis = a few via bat detector, Owens Gorge near Crowley Lake
yuma myotis = many via sight and bat detector, El Portal and Owens Gorge
western mastiff bat = via bat detector, one or more at Owens Gorge?
kit fox = 2, Little Pinoche Valley, spotlighting
gray fox = 1 near entrance, Kings Canyon Nat Park, spotlighting
coyote = 1, Bristlecone pine “Patriarch Grove” (White Mnts) & 1, Convict Lake
northern raccoon = 1, Convict Lake
ringtail cat = 2 or maybe 3, El Portal near Yosemite NP entrance on 140. I have had one here before. All sightings 4 am on a moonless night. Directions: where Highway 140 enters into Yosemite National Park near the village of El Portal (“pour-TAHL”), there is a steep canyon wall on each side of the road and a rapid river, the Merced. (Good also for American dippers.) There is a hotel on the river side of the road that makes a good lodging stop, esp if you have family who want to sleep in… the ringtails are possible on foot from this site. The hotel is currently called “Yosemite View” but that could change in 2018 due to litigation. Look for ringtails on both sides of the river (including by the road) from the hotel up the next few hundred meters to the entrance sign to Yosemite NP. Just before the sign is a pullout on either side of the road where people sleep in their cars illegally. Alas, your spotlight may wake them up. At the entrance sign, a retaining wall starts that runs several miles up canyon. Don’t go too far up the road on foot past this sign, as there is traffic all night long and it’s not safe for pedestrians. There is ringtail scat all along the top of this wall though up several miles up the canyon, so if searching on foot doesn’t give you any sightings near the sign, you could drive the road slowly, but with two caveats. (1) Spotlighting seems to be illegal in Yosemite NP, and (2), you really will need a passenger to man the spotlight and peer over the edge, as the road is twisty enough and narrow enough that the driver can’t drive safely and still hold the light. Somebody else will be trying in November of 2017 (hi Phil!), so perhaps we will have confirmation or more details soon.
sea otter = common in Monterey Bay
Calif sea lion = common Monterey coast, harbor, and out to sea
harbor seal = common in Monterey Harbor
Risso’s dolphin = many on 8 hour trip with Monterey Bay Whale Watch
Pacific white-sided dolphin = some on 8 hour trip with Monterey Bay Whale Watch
long-beaked common dolphin = some on 8 hour trip with Monterey Bay Whale Watch
No’n right-whale dolphin = 10 to 20 on 8 hour trip with Monterey Bay Whale Watch
Dall’s porpoise = a few on 8 hour trip with Monterey Bay Whale Watch
killer whale = 1 on an 8 hour trip with Monterey Bay Whale Watch
humpback whale = 20 to 25 (more?) 8 hour trip with Monterey Bay Whale Watch
mule deer = common
western gray squirrel = Angeles Crest, High Sierra
eastern fox squirrel = common greater L.A. area
Douglas squirrel = Kings Canyon and Yosemite NP
Calif (Beechey’s) ground squirrel = common in urban and rural areas
Belding’s ground squirrel = 1 Convict Lake Campground
golden-mantled ground squirrel = common, including White Mountains
white-tailed antelope squirrel = a few near Mt Whitney Fish Hatchery, Independence
Merriam’s chipmunk = a few, Angeles Crest
lodgepole chipmunk = common Sequoia and Yosemite
yellow pine chipmunk = common, E and W of Highway 395 near Mammoth Mountain
least chipmunk = a few, Mono Lake sagebrush
Panamint chipmunk = common, White Mountains (mid-elevation)
Uinta chipmunk = a few, White Mountains (high elevation)
giant kangaroo rat = many, Little Panoche Valley (spotlighting)
Great Basin pocket mouse = 1 at night near 395 on road to Markleeville
brush mouse = 1 on private land near entrance to Kings Canyon NP (that is photo above)
deer mouse = 5 caught (out of 7 traps set), Convict Lake
desert cottontail = common
black-tailed jackrabbit = a few, mainly around Mono Lake

below: Jose documenting deer mice for me for a book in progress 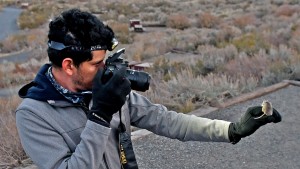